Oscar-Nominated Director Feras Fayyad Arrives in US After Visa Problems Fayyad’s latest film, “The Cave,” is up for Best Documentary 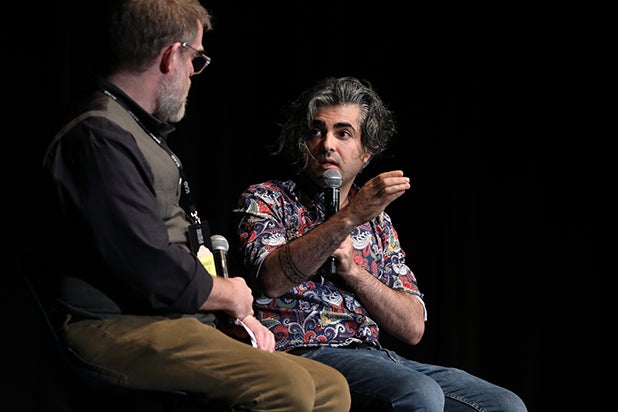 “The Cave” director Feras Fayyad has arrived in the United States after dealing with a number of visa and family issues in recent weeks, National Geographic shared on Monday morning. The Syrian filmmaker made it to the U.S. on Sunday — exactly two weeks before the Academy Awards, where “The Cave” is nominated for Best Documentary Feature.

“The outpouring of support from the documentary and entertainment community to help us in our efforts to have ‘The Cave’s’ director Feras Fayyad return to the U.S. has been overwhelming,” National Geographic said in a statement. “After weeks of turmoil and struggle and obstacles no one should have to endure, we can report that Feras arrived safely this evening in Los Angeles.”

Fayyad had struggled to gain a visa into the U.S. until Sunday and missed several industry events this month as a result. He was unable to attend the Television Critics Association press tour where he was set to promote “The Cave” on Jan. 17, and also missed the International Documentary Association’s Documentary Awards held in Los Angeles.

Immigration in Copenhagen detained Fayyad a few days ago, according to Nat Geo, before he was later released to producer Sigrid Dyekjar. Fayyad has also dealt with terrible personal news while waiting on his visa: his aunt’s house was bombed in Syria and his childhood home was also in the line of fire, per Nat Geo.

“The Cave” follows pediatrician Dr. Amani Ballor, who has been running an underground hospital to treat victims of the Syrian civil war; Ballor is also the first woman to be a hospital director in Syria, according to Nat Geo. Fayyad and his team filmed more than 1,000 hours of footage between 2012 and 2018.

Fayyad’s recent visa problems mirror issues he’s run into in the past. In 2018,  Fayyad’s road to the Oscars was also delayed after President Trump put Syria on his travel ban list. His film, “Last Men in Aleppo,” had been nominated for Best Documentary.

To read TheWrap’s review of “The Cave” from October, click here.