Outlander fans have always held a soft spot for Murtagh (played by Duncan Lacroix), so much so that producers even decided to keep the Highlander alive in the series despite his very different in the books.

Author Diana Gabaldon killed off Murtagh relatively early on in the novels, and the character wasn’t very close to his godson Jamie (Sam Heughan).

But in the time-travelling screen hit the duo were incredibly close, and never more so than in season two when Claire Fraser (Caitriona Balfe) shared her supernatural secret.

It’s even more upsetting then, that Jamie was given his first task by the North Carolina Governor to capture and bring in the rebels – of whom Murtagh is the current leader.

While viewers are probably convinced Jamie will find a way to rescue his beloved godfather in the season five premiere, there’s been few ideas as to how.

But what if Jamie is actually planning to use Roger MacKenzie (Richard Rankin) to take to the Governor in Murtagh’s place?

Viewers saw last season the red-headed Scot make a series of bad decisions when he assumed Roger was the one who raped his daughter Brianna Randall Fraser (Sophie Skelton).

Roger was sold to the Mohawk tribe and forced to live in suffering for months, and when Brianna finally discovered the truth and sent her father to rescue and return her love, Jamie continued to hold suspicion against the 20th Century Historian.

This intensified in the finale as while Jamie stayed true to his word and helped Claire and Young Ian (John Bell) free Brianna’s husband – in handfasting if not law – Roger failed to do the right thing when he discovered she could be pregnant with her rapist Stephen Bonnet’s (Edward Speelers) baby. 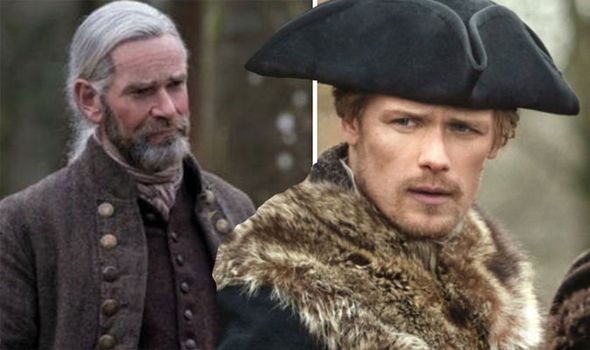 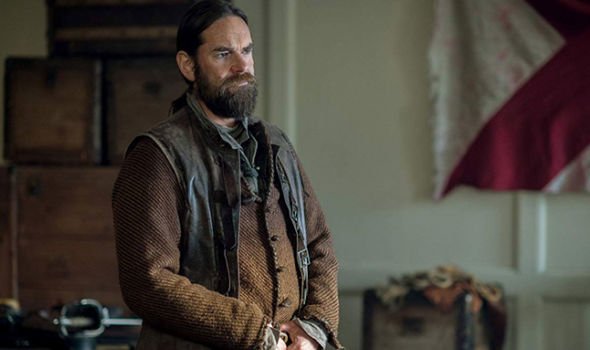 Jamie and Claire stood and watched as Roger experienced turmoil over the prospect of raising another man’s child, before he decided he couldn’t do it.

Jamie was furious and felt his daughter had been betrayed when Roger appeared to head back to the Standing Stone and his own time.

And while Roger eventually did the right thing and headed to Aunt Jocasta’s (Maria Doyle Kennedy) plantation Riverrun to reunite with Brianna, fans know Jamie won’t have forgotten his wobble.

With Jamie still harbouring a secret grudge against Roger when the series returns, it’s likely he could end up testing his tenuous bond with his daughter once more.

Desperate for a way to save Murtagh, Jamie could secretly give Roger’s name to the Governor in the misguided hope he’ll protect his daughter and new grandson.

But if Claire gets wind of Jamie’s potential plot, there will surely be fireworks ahead on the STARZ drama. 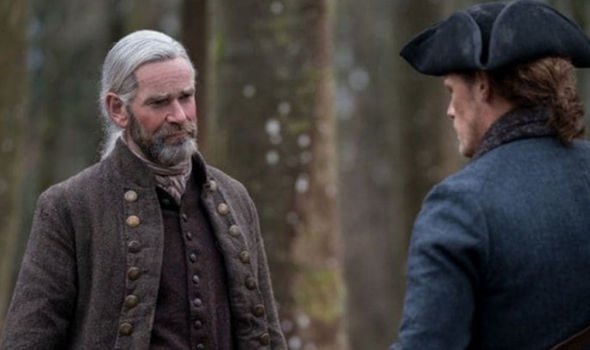 The surgeon has known Roger since he was a little boy and has a particularly close bond with him from her days married to Frank Randall (Tobias Menzies).

Jamie doesn’t hold the same loyalty and would definitely choose to protect Murtagh over Roger.

It’s not the first time Murtagh has been in serious trouble on Outlander, as the character was imprisoned for years following the brutal and deadly Battle of Culloden.

Made of strong stuff, Murtagh survived years of illness and hardship in chains behind bars, so surely he can come out of the latest sticky situation unscathed?

If the Governor gets his way, Murtagh could end up hanged and made an example of, and Jamie may never get over such a loss.