Governor Tryon (played by Tim Downie) caused all sorts of trouble for Jamie Fraser (Sam Heughan). In return for the Governor giving the highlander some land for settlers to make a home on, he demanded Jamie form a militia. The Outlander antagonist wanted the militia to be at his beck and call. Jamie and his men had to fight for the Governor at the Battle of Alamance, going against the highlander’s godfather, Murtagh Fitzgibbons (Duncan Lacroix).

The last fans heard of Governor Tryon was that he had given land to Brianna Fraser (Sophie Skelton) and Roger MacKenzie (Richard Rankin) after the latter was mistakenly hanged and almost died.

Roger lost his voice and struggled to overcome his near death experience until Young Ian (John Bell) helped him.

With the Revolutionary War approaching in season six, some fans might have expected Tryon to pop up again.

However, Tim confirmed to Express.co.uk, he will not be in the new series but hopes to return in the future. 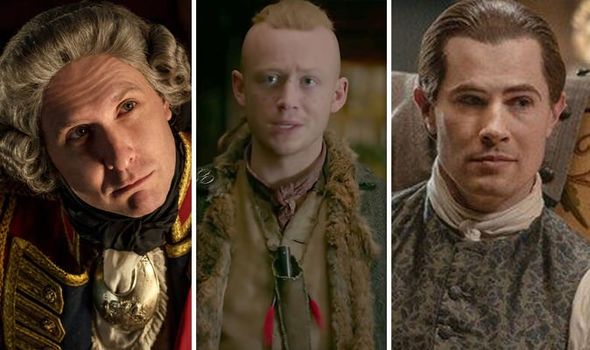 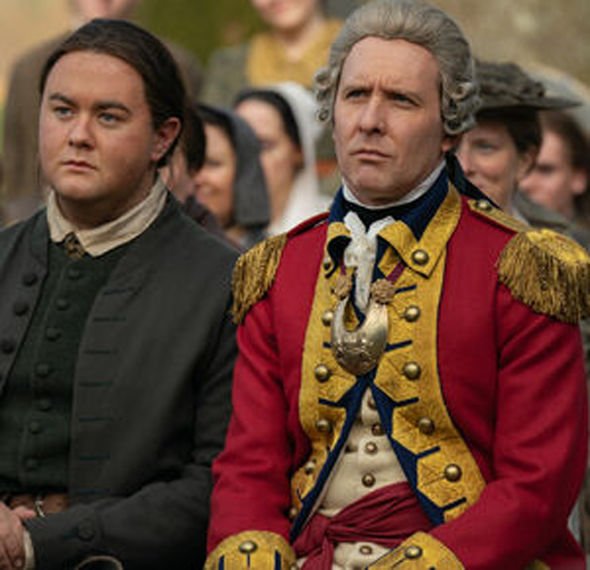 “I’ve wandered off to New York. And I mean, I’m hoping that we don’t rule out at all that Tryon will be back in some way.

“But at the moment no, he’s not in this one. But I’d like to think he’s still kind of lurking.”

Tim added there is the chance he could return and cause trouble for Jamie. 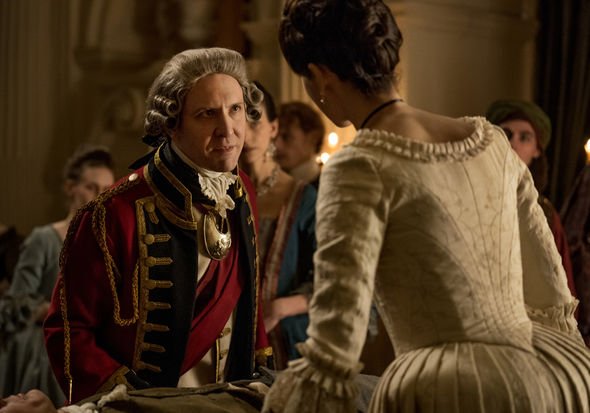 “You know, at the end of the day, Jamie owes him still in his eyes,” Tim continued. “We’ll have to wait and see.”

The Tryon star added there’s also plenty of stories to tell about his character given that he’s based on a real historical figure.

“I mean, in real life, they did a lot of reading about Tryon,” he shared.

“Obviously, being a real person, his house is still in North Carolina, there was town named after him and all sorts, I get sent some wonderful things for Tryon.

“And he really did try to kidnap George Washington in real life, so you never know, that may pop up.

“I don’t know if it appears in the books or not. But I really like going, ‘Wow, that’s quite extraordinary.’ Yeah, we had a failed kidnapping attempt of George Washington.”

Could Jamie be roped in to help rescue George Washington in coming series bringing him face-to-face with Tryon once more?

Or could during the Revolutionary War, the Frasers be forced to flee to New York where they will face their enemy?

While he may not be returning to Outlander, Tim is currently starring in Hapless, which airs on My5 as Paul Green, a journalist for the fourth most successful Jewish newspaper.

Speaking about what attracted him to the series, Tim explained he saw drafts of the scripts from writer Gary Sinyor.

“And it kind of gradually, very organically kind of became what it is. I mean, it’s very much Gary’s experiences, a lot of those experiences are real experiences that Gary has either actually experienced, which is quite extraordinary itself or indeed, have happened to friends.”

Outlander seasons 1-5 are available to stream on Amazon Prime Video and Starz now.

New sitcom Hapless, starring Tim Downie, is available to watch in full on My5 now