Not long into Ira Sachs’ “Passages” — sometime all too shortly after a restless, self-involved filmmaker (Franz Rogowski) leaves his much softer husband (Ben Whishaw) for the earthy and new woman (Adèle Exarchopoulos) he meets at a dance club after a stressful day of shooting — Tomas launches into a post-coital chat by telling Agathe that he’s fallen in love with her. “I bet you say that a lot,” she replies, bluntly sniffing out his bullshit in a way that suggests this Parisian school teacher doesn’t understand how far most artists would go to convince their audience of an emotional truth. “I say it when I mean it,” Tomas counters. “You say it when it works for you,” Agathe volleys back. They’re both right, but that’s not the problem. The problem is that they’re saying exactly the same thing.

A signature new drama from a director whose best work (“Keep the Lights On,” “Love Is Strange”) is at once both generously tender in its brutality and unsparingly brutal in its tenderness, the raw and resonant “Passages” is the kind of fuck around and find out love triangle that rings true because we aspire to its sexier moments but see ourselves in its most selfish ones.

The clearest examples of each kind invariably trace back to Tomas, who’s an unrepentant ego monster from the first time we see him angrily fussing over an actor’s body language on the set of his latest movie (which shares its title and producer with Sachs’ film, and poisons both projects with the lingering hint of autobiography). The fact that he’s married to a man patient and gentle enough to be played by Paddington Brown suggests that Tomas’ auteurial snarl is disguising a secret compassion — not that his loud and proud selection of fishnet crop tops leaves all that much to the imagination — but there’s no denying that his flair for drama continues when the cameras aren’t rolling. And so it goes; some people can only seem to feel love’s flush when it threatens to set their house on fire, and Martin appears to have made peace with the fact that his husband is one of them, though Sachs and co-writer Mauricio Zacharias allow the couple’s relationship history to remain as uncertain as its boundaries.

What sparks Tomas’ eventual self-immolation, however, is the fact that he can’t control himself or his feelings with the same intentionality that he wields on set. His personal life generates the same intensity of feeling that he wills into his work, but without the oracular safety net that comes with directing from a script. The possibility of separating the art from the artist turns out to be a far more compelling question when it’s framed as an act of self-mutilation, and the sense of internalized violence that complements Tomas’ childlike neediness is one of the secret weapons that allow this relatively skeletal film to resonate as something greater than the sum of its parts. 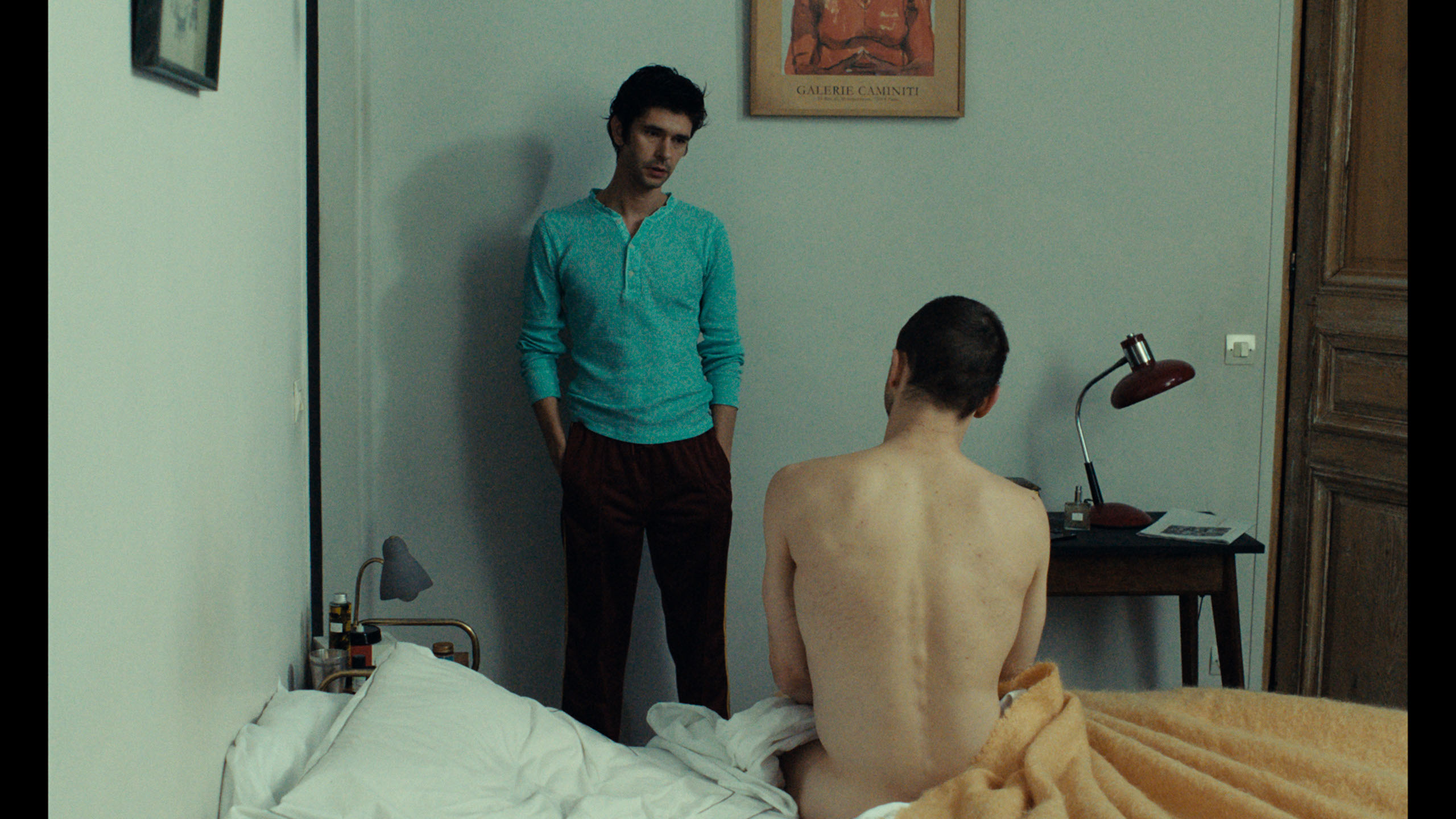 I wouldn’t expect anything less from a movie that casts three of the world’s most riveting and unusual young actors in a queer love triangle full of desperate reversals and wordless sex scenes that speak to us like monologues (“Keep the Lights On” fans already know that Sachs can stage anal with all the same tenderness that James L. Brooks brought to the hospital scenes in “Terms of Endearment”), although calling this story a love triangle starts to feel inaccurate after Martin adds a new angle to it by rebounding from Tomas with the help of a handsome French novelist. Sachs’ film doesn’t expand much further than that, but “Passages” is at its best whenever the modesty of its story is allowed to become a strength unto itself.

If the drama between these characters can feel disproportionately muscular for such a lean film, Tomas isn’t supposed to be a spiraling artist à la Lydia Tár — he’s larger than life in his own way, but he’s also just like anyone else who doesn’t know how to reconcile the comforts of love with the freedoms of desire. What makes Tomas worthy of starring in his own movie is that he doesn’t make any apologies for his selfishness or short-sightedness. Finishing a film leaves him with an insatiable need to fill the hole that any such undertaking invariably leaves behind. On set, he takes pleasure in making a thousand choices every day. In his personal life, he takes the same pleasure in refusing to make the only choice that matters. Tomas wants it all, and “Passages” finds him pinballing between Martin and Agathe with a destructive force that threatens to push them both away. If the Pialat-inspired sterility of Sachs’ approach threatens to make every new plot development feel too sudden and hard to process (and there are some major doozies), the speed at which things get away from Tomas emphasizes his powerlessness to stop them. People don’t always understand the intentionality behind the things they do, so how can Tomas possibly hope to understand what he’s trying to accomplish with the decisions he makes as a direct result of the one he made in Agathe’s flat the night they met?

Rogowski isn’t the least bit shy about leaning into his character’s toxic self-involvement, which is also why he’s so good at rescuing an uncomfortable mote of sympathy for Tomas after he falls to rock bottom. Whishaw’s natural kindness is leveraged to similarly gripping effect in the moments when Martin falls back on snippiness as a form of self-protection, while Exarchopoulos’ unaffected vulnerability allows Agathe to be Tomas’ most vulnerable target without ever becoming a victim.

Sachs has always been a lightning rod for actors who aren’t afraid of making difficult choices — even if their characters are — and while “Passages” doesn’t have quite enough meat on the bone to feel like it might elevate him to another level, his latest film creates a rare tension between the unvarnished immediacy of its cast and the unflinching steadiness with which they’re flattened into the frame (credit to cinematographer Josée Deshaies for creating a European arthouse look that layers close-up anguish into even the most carefully posed long shots).

I only wonder if Sachs’ work might feel bigger if he made a little more room for his characters’ happiness as they spiral towards some crushingly honest understanding of what they want from themselves and/or each other. What makes Tomas the quintessential Sachs protagonist — and “Passages” one of his most scarring films in spite of its smallness — is how it frames that hard-won understanding as the root cause of his problem. “Martin knows me so well,” Tomas explains to Agathe at one point. She replies with a simple theory that Tomas will spend the rest of the movie hopelessly reaffirming in spite of himself: “Maybe that’s why you left him.”

“Passages” premiered at the 2023 Sundance Film Festival. It is currently seeking U.S. distribution.