This Morning: Holly and Phil reveal they're taking a short break

This Morning viewers see Holly Willoughby and Phillip Schofield front the long-running programme between Monday and Thursday every week. However, with the ITV morning hosts having taken some time off over the summer holidays, the duo will also be away from screens for a short stint beginning tomorrow to have a break over the festive period. Confirming the news on Friday morning’s broadcast, the pair revealed co-hosts Eamonn Holmes and Ruth Langsford would take their place until their return.

Holly and Phillip presented their last live edition of This Morning of the year on Friday.

Phillip confirmed they would both be having some time off but there would be one special exception.

During Friday’s broadcast, Phillip announced: “Eamonn and Ruth are with you from Monday, but we’ll see you on Christmas day…”

The pair will feature in This Morning’s first-ever Christmas Day episode which will be pre-recorded. 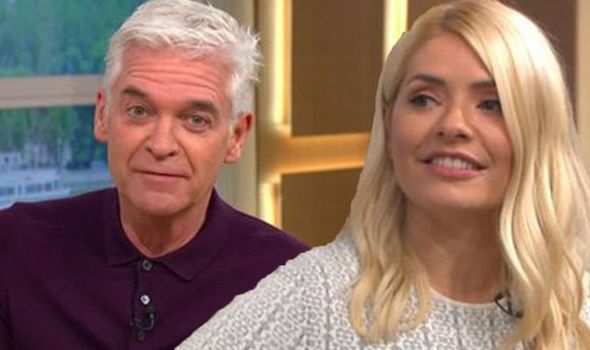 We will use your email address only for sending you newsletters. Please see our Privacy Notice for details of your data protection rights. Lorraine Kelly reignites ‘feud’ with Esther McVey, calling her ‘toxic’

Lorraine and Good Morning Britain will also air beforehand as all three shows will relive some highlights of the year.

It comes after the duo ended their year on This Morning with a pantomime special featuring co-stars such as Alison Hammond.

Holly was dressed up as Cinderella with Phillip in the role of Buttons.

Others involved in the action included pantomime legend Christopher Biggins and Ruth and Eamonn as Father and Mary Christmas.