Good Morning Britain returned to the airwaves with the first instalment of the week as Piers Morgan and Susanna Reid were back hosting the show. And it took just 20 minutes for Piers to bring up veganism, taking aim at the new vegan steak bake, released after the success of the vegan sausage roll – which Piers previously criticised.

And Susanna interjected cheekily: “No, it’s made from vegan steak.”

“If you Google steak, a steak is a cut of meat or fish, it’s not vegan or vegetarian,” he hit back.

Confused, Susanna asked: “Ok, but if you can have fish steak, why can’t you have vegan steak?” 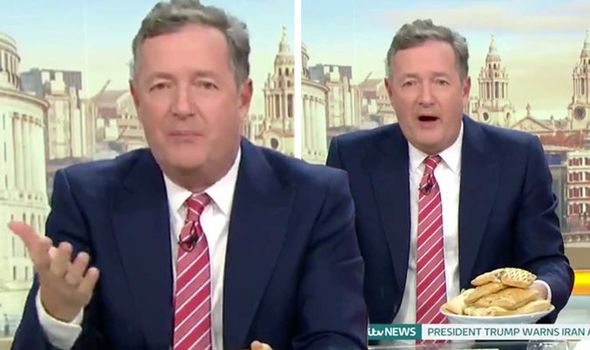 Adamant, Piers continued: “No, no. That is steak, this is not,” referring to an image of a beef steak compared to the vegan steak bake he had in his hand.

“This is actually non-meat and they should not be using meat terminology to sell non-meat products.”

“To be fair, I think you have a point,” Susanna remarked as she teared the steak bake apart to take a closer look at what it was made of. 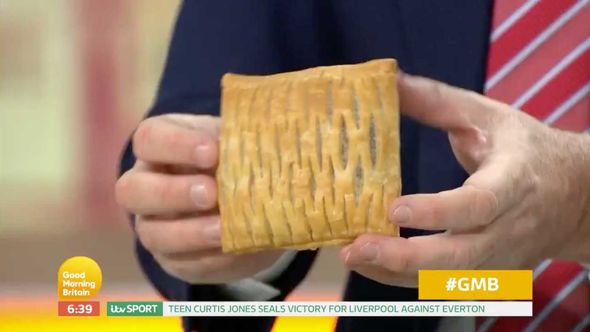 “As I always say in France, they’ve banned any vegan/vegetarian companies from using meat language to sell a product,” Piers explained.

After branding the vegan stake bake as “rubbish,” Charlotte Hawkins told him he should try it before make assumptions.

“I’m not trying it!” Piers exploded before adding: “I was vomiting last time!”

“It’s a total con, you lot are all falling for it. There were queues around the block at some Greggs in Newcastle, probably all people who’d been paid to be there.

“You’re all falling for it. Salt-laden… garbage. There’s nothing virtuous about the Greggs steak bake,” he continued his tirade.

Seeing the other side of the argument, Charlotte Hawkins commented: “Well it saves cows, doesn’t it?”

But this only ignited Piers and he went onto talk about the state of avocados and almond production.

Nevertheless, those watching at home were divided by Gregg’s new offering and took to Twitter to comment.

“Vegans cannot use STEAK naming in their vegan products they do not contain STEAK,” one remarked.

Another Tweeted: “Agreed. Literally eat whatever you want to eat but the word ‘steak’ and ‘sausage’ shouldn’t be in there. If it doesn’t contain them ingredients, false advertisement. The Veg Bake, VeggieRoll – would make more sense.”

“He has a point why call it stake or sausage i mean it aren’t hard to say this is a vegan bake or vegan roll,” someone else added and a reply to the Tweet said: “Probably to clarify what product it is representing. The could release a vegan chicken bake and a vegan cheese and onion bake next but if they’re all just vegan bakes it’ll get confusing.”

“@GreggsOfficial vegan steak bakes are gorgeous. When I got one more people were buying those and the vegan sausage rolls than meat based ones,” one opined.