PREGNANT Ashley James was rushed to hospital after suffering a mystery pain.

The DJ and influencer, 33, is five months pregnant with her first child and described what she felt as "the worst pain". 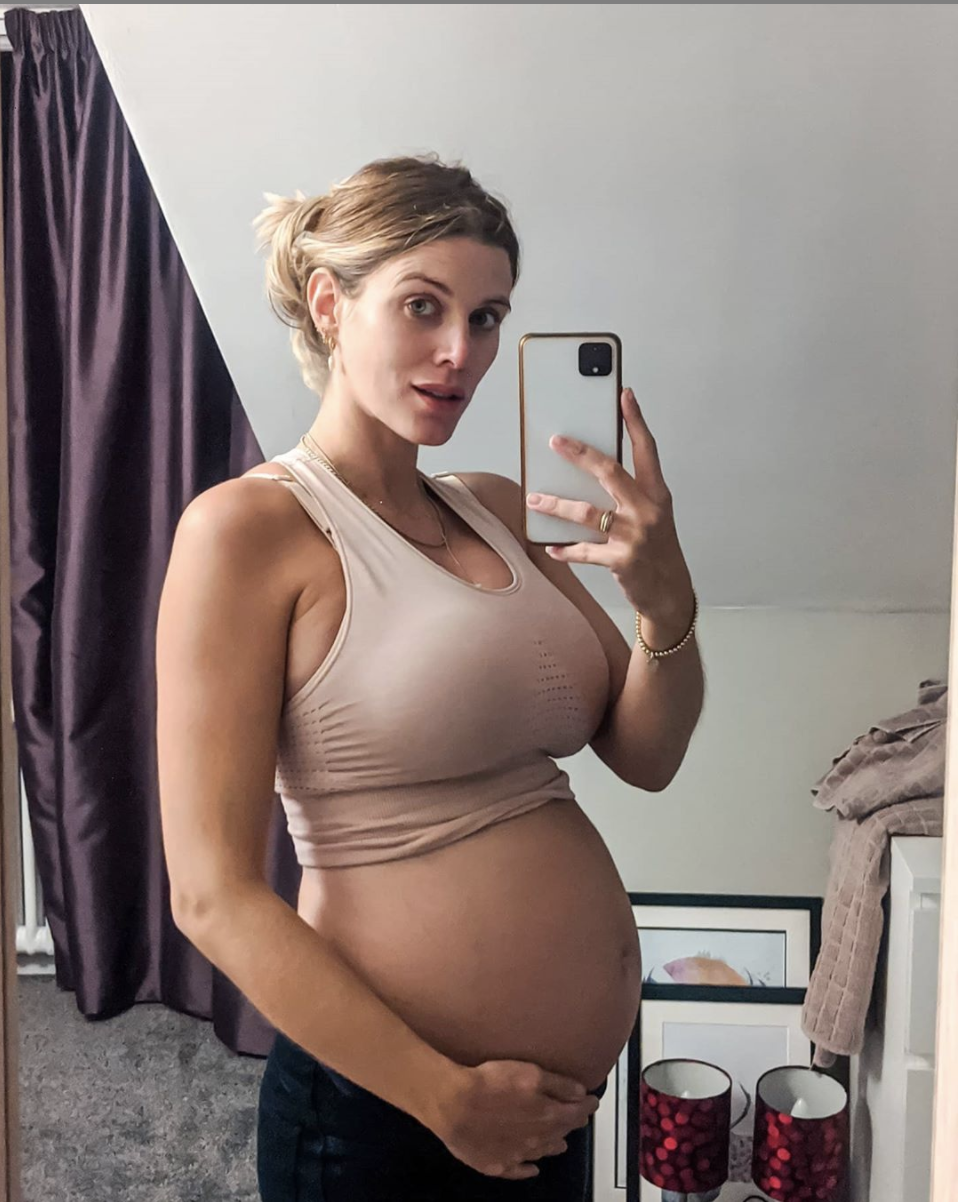 Ashley was rushed to hospital in an ambulance with her boyfriend, Tom Andrews by her side.

She kept fans updated on Instagram: "Eventful night to mark 23 weeks. Suffered the worst pain down my left side.

"A call to 111 resulted in an ambulance and now I'm in the maternity ward of mu hospital. Lucky baby is ok and I've heard his little heart.

"Tommy's not allowed in due to Covid but has waited outside all evening. I'm doing much better but just awaiting tests results. Very very grateful to the NHS, especially my amazing ambulance duo."

When she got home she took to her Instagram stories to let her fans know was ok.

Ashley wrote. "And I'm out of hospital. Thank you for all for the love, everything is well. I'm ok and most importantly baby's ok, I've just got to rest now. The NHS were just amazing.

"Also shout out to this guy [Tommy] who waited 10 hours outside of the hospital despite me telling him to go home and sleep."

Once she got home, Ashley gushed about her supportive boyfriend and how much she has changed since her single days.

Ashley was single for six years before falling in love with Tommy.

"I got so used to being single and just doing stuff on my own," she opened up.

She admitted it was "still such a novelty" to have a boyfriend and before meeting Tommy had a low opinion of men.

Ashley said in her single days she "couldn't get a text back" from a guy, but now she has a loyal and supportive partner.

"It's just such a foreign concept and novelty that somebody would wait outside the hospital for so long," she said.

The influencer announced her pregnancy in July while holidaying at Tommy's parent's house in France.

She captioned the image of her cradling the baby bump: "I'm beyond excited / nervous to finally be able to share our incredibly happy news with you all – especially given I'm an open book who HATES keeping secrets."

The former Made In Chelsea star admitted to not being very maternal until she became pregnant.

Speaking to Hello, she said: "It's been such a 360-degree shift for me. I've never been that maternal.

"When friends have been like 'I want to meet someone, settle down and have children,' I never felt the same. I guess I've been a free spirit."

The pair met ten years ago but only began dating in October.