The Masked Singer comes to close on ITV this weekend as Queen Bee, Hedgehog and Octopus battle it out for one last time on-stage to be crowned the first-ever winner of the UK series. Ahead of the finale, fans are still none the wiser as to who is behind each mask but Countdown legend Rachel Riley has emerged as a surprise candidate to be unveiled as Queen Bee.

Guesses as to who Queen Bee could be have varied continuously over the course of the series – from Game of Thrones stars to Oscar-winners.

In week one, the judges’ guesses ranged from Emilia Clarke to Margot Robbie to Olivia Colman, for example.

However, over the past few weeks, fans and bookmakers have narrowed it down to a shortlist of possible celebrities and Rachel’s name is a surprise inclusion.

According to bookmakers Ladbrokes, the Countdown star is listed as a 33/1 outsider to be unmasked as Queen Bee. 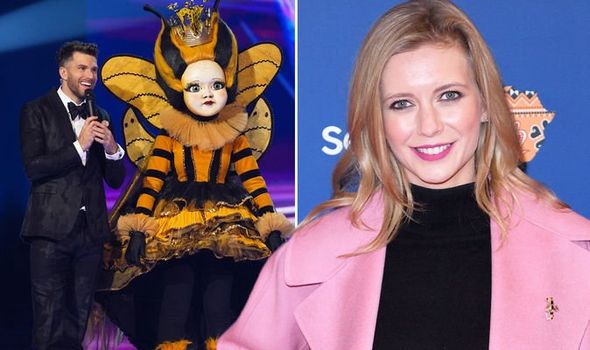 While Rachel would certainly be an underdog, the fact bookies are placing her in the frame could be a huge clue.

Add to the mix Rachel is no stranger to reality TV contests after competing on Strictly Come Dancing and there could be a convincing argument she’s under the mask.

Express.co.uk has contacted representatives for Rachel regarding the possibility.

Should Rachel be unveiled on the ITV show it will undoubtedly be one of the shocks of the series as fans up and down the UK are convinced it’s one person: Nicola Roberts. 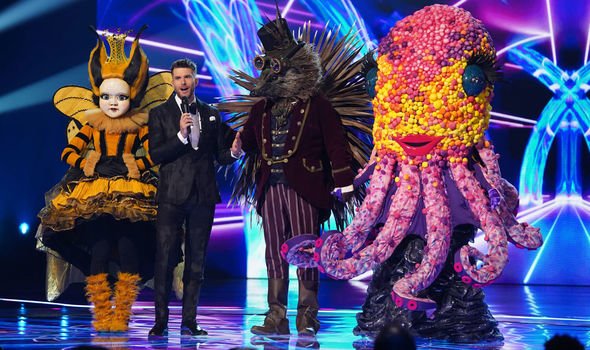 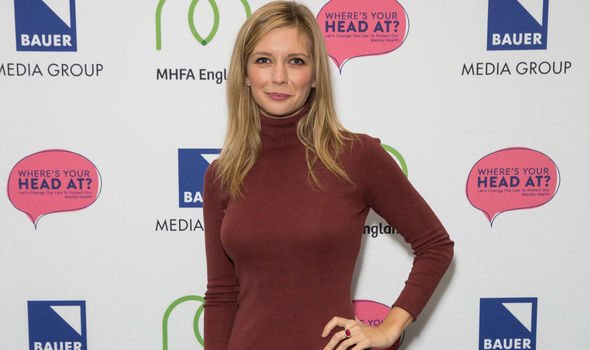 Ahead of the finale, Coral released odds of 1/4 on Nicola to be unmasked as the character.

Coral’s Harry Aitkenhead said: “We think we’ve got a very good idea of just who the three celebrities are left behind the masks,

“And we make Jason Manford, Nicola Roberts and Katherine Jenkins all odds on to be revealed as the Hedgehog, Queen Bee and Octopus respectively during this weekend’s final,”

The bookmakers have also made whoever Queen Bee is favourites to win the entire series.

Queen Bee is 1/3 to be crowned champion and Coral’s Harry added: “You never can be sure and there could well be a few surprises in store for fans this weekend.

“However, whoever is unveiled behind the masks we think that the Queen Bee is the most likely winner by far and our odds show that,”

The former Girls Aloud singer has remained tight-lipped about a possible appearance on The Masked Singer.

However, thousands of fans have taken to Twitter to voice their theories on why exactly Nicola is more likely to be unmasked than Rachel.

One fan said: “I was screaming at the TV the other night!!! Come on queen Bee is soooo Nicola Roberts, the Liverudlian accent, in the clue she said she didn’t speak French which was one of Girl Aloud songs!!!! So obvious!!”

A second agreed: “I have just watched a 15 sec clip of Queen Bee on Masked Singer UK for the first time. It is Nicola from Girls Aloud.”

Another Masked Singer viewer chimed in: “NICOLA ROBERTS IS QUEEN BEE ON MASKED SINGER!!! DON’T DISRESPECT A TRUE ICON LIKE THAT.”

While a fourth added: “I’m convinced Nicola is Queen Bee too – and she sounds AMAZING.”

The Masked Singer concludes on ITV this Saturday on ITV.