After model Brooklyn Beckham had teased his mother Victoria on social media recently by ‘deepfaking’ his face onto a Spice Girls music video, GMB’s Richard Arnold decided to get in on the act on the ITV show. However, when he shared a clip of Ranvir Singh’s likeness being superimposed onto the music video instead, the Strictly Come Dancing star was left visibly unimpressed by the edit.

Richard shared with his Good Morning Britain co-star a clip from the Spice Girls single Say You’ll Be There.

“Let’s have a look at your good self, spicing it up,” Richard said as he teed up her ‘deep fake’ version.

“You’ve done one of me?” a surprised Ranvir responded. “Let’s have a look…”

However, there appeared to be a mix up in communication between the two as Richard thought the clip had already played. 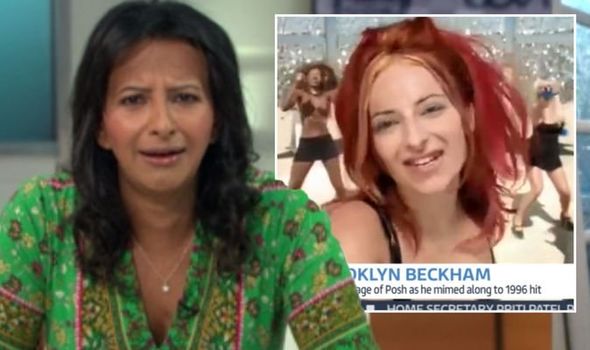 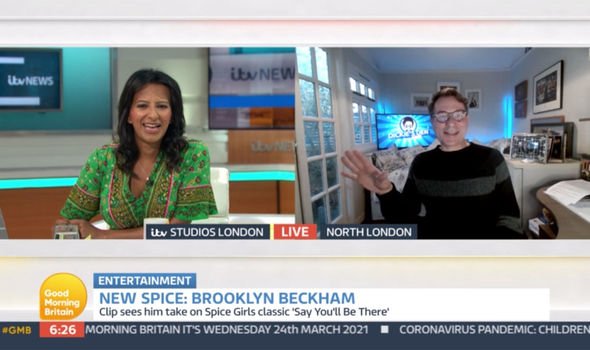 “Oh, you’ve ran it,” Richard said, who was joining the show from his own home in London.

“I didn’t see me,” Ranvir protested. “Hang on, let’s have a little shifty…”

Moments later, the clip of Ranvir’s facial features edited onto each member of the girl band popped up on-screen.

However, upon seeing her likeness superimposed onto Geri Haliwell, Ranvir quickly protested. 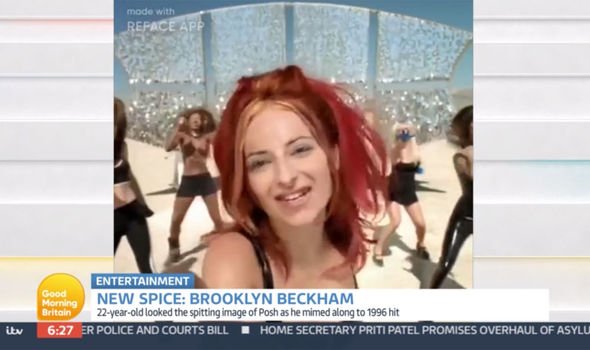 “That’s not me!” Ranvir shouted at her GMB co-star.

“What have you done to my skin colour? I’m not white,” she added.

A slightly awkward silence between the two descended before Ranvir firmly said: “Anyway, thank you very much.”

Richard then chimed in: “I find it – you know what, it reminds me of those old Foxy Bingo adverts,

And the moment didn’t go unnoticed by a number of ITV viewers at home who quickly weighed in on the scenes.

“Don’t think Ranvir took too kindly to being multiple Spice Girls,” one fan said on Twitter.

Elsewhere on the show, host Ben Shephard was left mortified by a slip of the tongue.

After Susanna Reid’s green dress gave the editors behind the scenes a morning full of fun as they superimposed a number of graphics onto her outfit, Ben’s face was soon etched on her top.

However, when Ben went to talk about his nostrils, he inadvertently said “nipples”, leaving everyone in stitches.

Good Morning Britain continues weekdays at 6am on ITV.