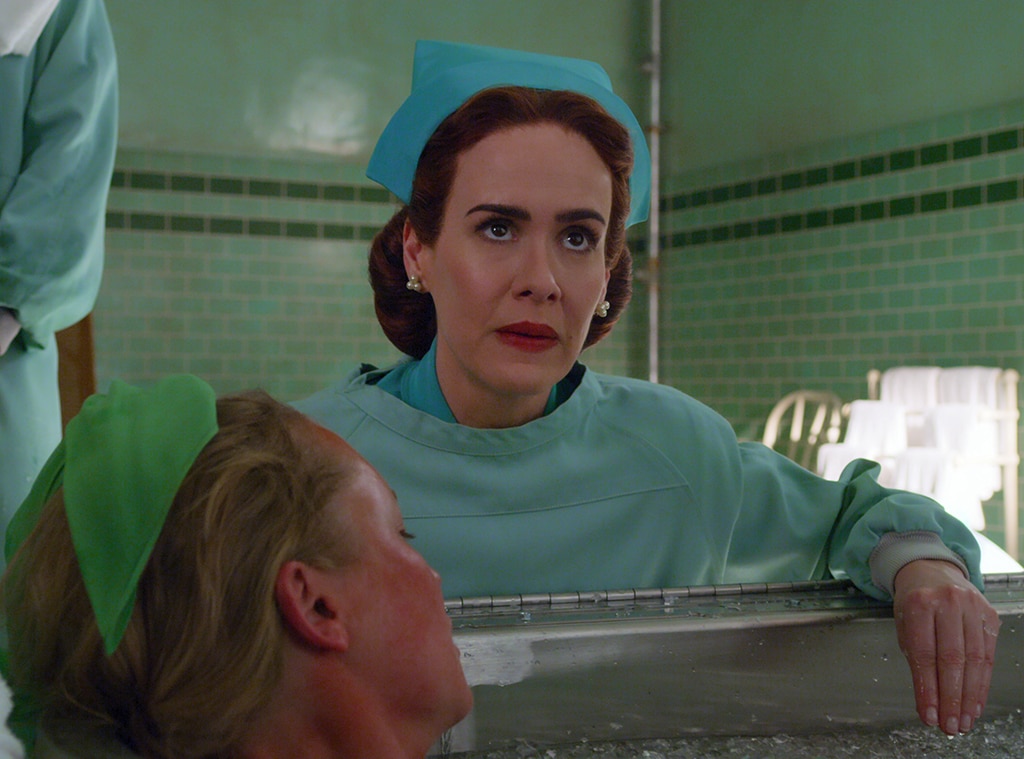 We may have to wait for more American Horror Story since it hasn't been able to film yet, but that hole in your heart may just be filled by Ratched.

Sarah Paulson stars in and executive produces the Netflix drama, which was also executive produced by Ryan Murphy and tells the origin story of Nurse Ratched, the iconic character from the 1975 movie One Flew Over the Cuckoo's Nest, as well as the 1962 novel of the same name. She was originally played by Louise Fletcher, but now she's played by Paulson, and she's only a little bit less terrifying.

The trailer makes it clear that just because Nurse Ratched is a little younger, that doesn't mean she's any less savage, and there's plenty of blood, gore, creeps, and even what looks to be a musical number reminiscent of season two of American Horror Story, which just so happened to also take place in a mental hospital.

Watch the trailer below!

Production was supposed to have already begun for a typical start date of September, and she said she had heard they might possibly return to production in October, or possibly 2021. So we continue to wait.

Paulson also confirmed that she will direct next season.

Ratched will premiere September 18 on Netflix.