'RHOA': Why Fans Are Siding With NeNe Leakes in Kenya Moore Feud NeNe Leakes and Kenya Moore are feuding on The Real Housewives of Atlanta. The latter returned to the show for season 12 which is currently airing. We are at the midway point of the series and Bravo released a trailer for what’s coming up ahead. Fans were able to witness the infamous scene where Leakes was about to spit on Moore. Following the video, viewers are siding with The New Normal alum. 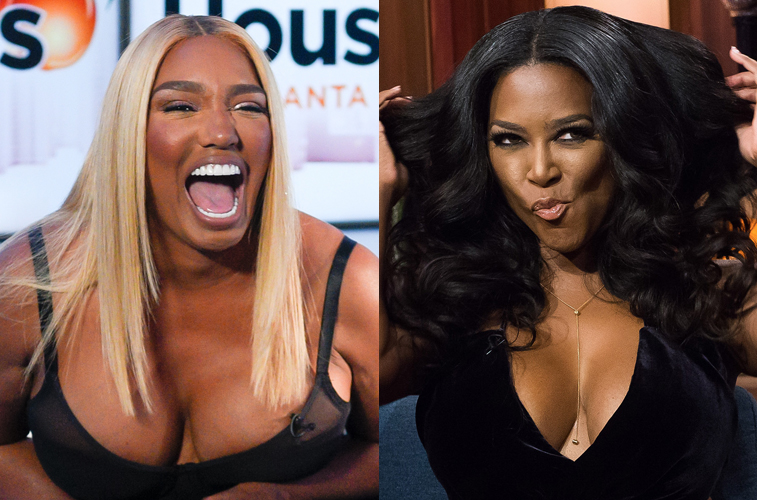 After the mid-season trailer for RHOA was released, Leakes took to Twitter to give her take on the drama.

“She needs to be spit on [with] all the horrible things she has said and done,” Leakes tweeted. “From constantly starting sh** with me all season, lying on me, saying I’m on drugs, and bipolar. Plus that recent tweet she posted, so enjoy the moment. I did the act but didn’t spit. I wish I had though. No regrets.”

Fans also took to social media to share their opinions. Although there were many that thought Leakes was in the wrong for going that low, many sided with her because they don’t like Moore.

“This made me love NeNe again,” a fan said. “I honestly tried to like Kenya but I’m wanting her to shut the f*** up.”

“Kenya is an animal, I’m glad NeNe is standing up to that monster,” a viewer added. “I’ve been watching the show from day one and that woman has attacked everyone from their child, mother, husband, homewrecker, and grandmother. She’s an evil person with an ugly heart. She didn’t spit on her though.”

“Honestly, after seeing that Kenya has a moment planned to embarrass Tanya, I don’t care if NeNe spits on her, I actually welcome it. Kenya is a straight-up hater,” another fan wrote.

“Team NeNe, Kenya deserves everything you’re giving her,” a Twitter user commented. “She’s too messy and nobody speaks on what she does to others.”

NYC Date Nite❤️ just the 2 of us and our favorite soup? It’s good to have friends who listen & laugh @wendyshow #newyearnewgoals #nojudgingallowed #wejustalkaboutlife I always bust out laughing! I can’t help it?

Why are Kenya Moore and NeNe Leakes feuding?

Ahead of season 12 of RHOA, Moore stopped by The Wendy Williams Show. The show’s host did not miss a beat and made the Bravo star spill the tea. Moore shared that her relationship with Leakes suffered after she learned she was pregnant.

“I had a high-risk pregnancy, that I wanted my entire life, she never once called me,” Moore told Williams. “When I did show up, she never checked on my child. She never said, ‘Is everything okay?’ when she learned I wasn’t going to be on the show. She never said, ‘Are you okay girl, do you need anything?’ And then when she did see me eight months pregnant, she called me a monster and said that my child was a buffalo and she was hurling insults.”

Just finished watching TONIGHT’S #RHOA. TUNE IN to see me walk thru the door the last 30 seconds of this episode. Last week tease was just that…a TEASE!…The End #theytriedit

Moore then talked about the spitting incident.

“She tried to act like she was going to spit on me,” Moore revealed saying that the OG of Atlanta was “hawking up” her saliva. “You will see that on the show.”

Leakes heard what Moore said on the show and called her friend Williams to clarify the situation. The former said she did the motion of spitting but she never actually proceeded.

The Real Housewives of Atlanta airs Sunday nights at 9 p.m. ET on Bravo.