FANS on social media slammed Real Housewives of Atlanta star Kenya Moore after she implied that Tanya Sam's fiance cheated on her with The Cookie Lady.

During last night's episode of RHOA, Kenya took advantage of the fact that most of the housewives and friends were together to ask them if they would like to know if their partner was cheating, but refused to say who she was talking about. 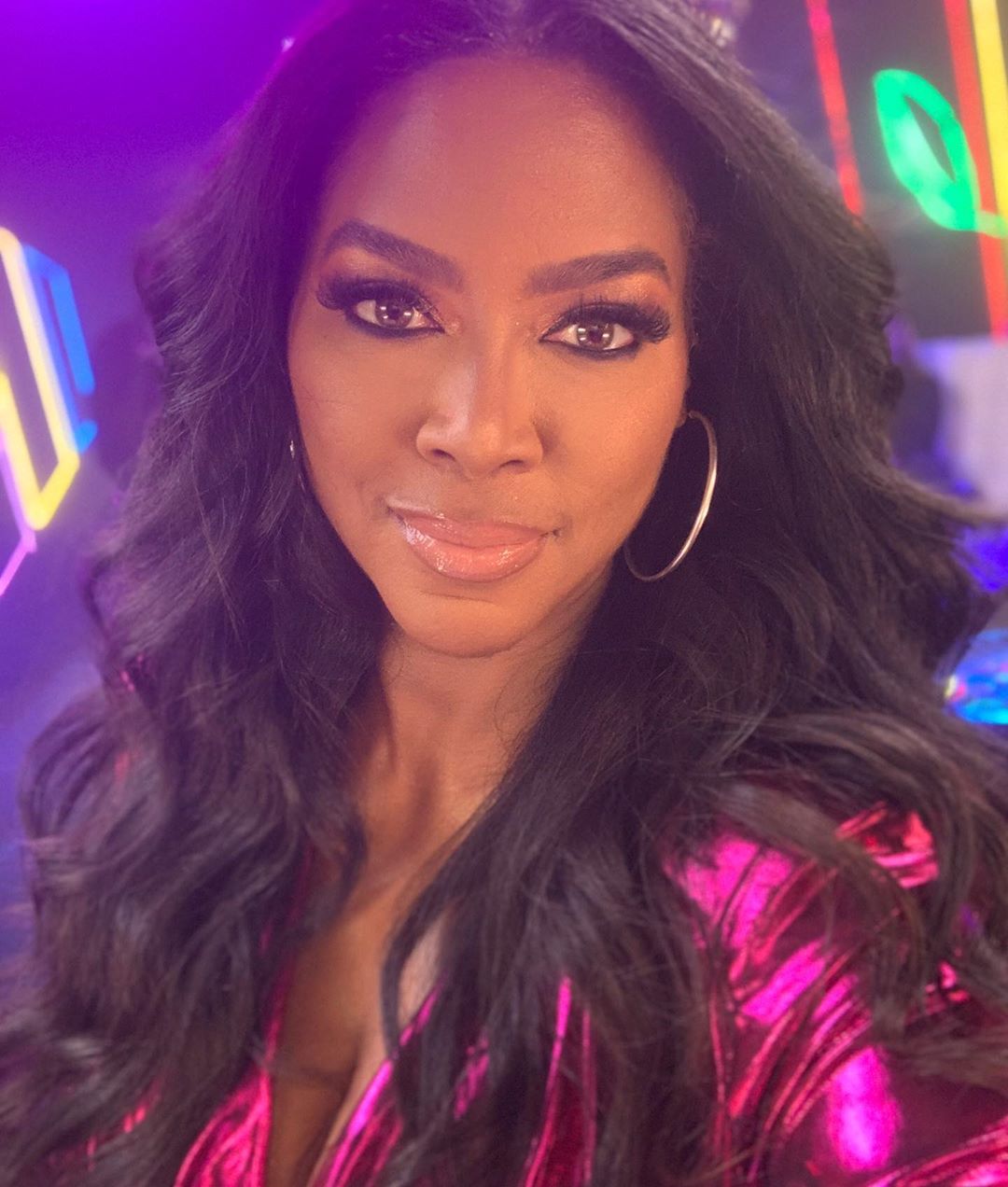 After the scene, Kenya explained why she didn't tell Tanya in the first place and said she wouldn't be the one to tell the other housewives if their partners were cheating.

She wrote: "I actually liked Tanya at that point in the show. If I was going to tell her, I would have.

"As I said in my interview, if someone is going to find out anything about their man, it won't be from me." 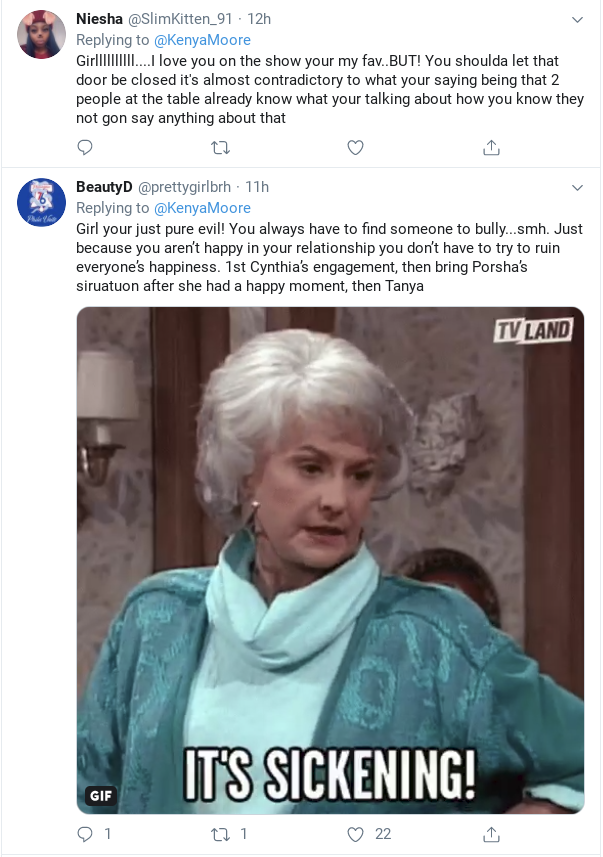 But most fans saw right through her intentions and called her out for being "messy" and "shady".

One user told her that although she was their favorite housewife, she was still being disrespectful.

They wrote: "You should have left that door be closed, it's almost contradictory to what you're saying…

"Being that 2 people at the table already know what you're talking about."

While another fan called her "pure evil" and said: "You always have to find someone to bully. Just because you aren't happy in your relationship, you don't have to ruin everyone's happiness.

"First, Cynthia Bailey's engagement, then bring Porsha WIlliams's situation after she had a happy moment, then Tanya."

One fan even brought up her intimacy issues with estranged husband Marc Daly and said: "Your man doesn't even want to spend alone time with you … so just mind your own damn relationship problems." 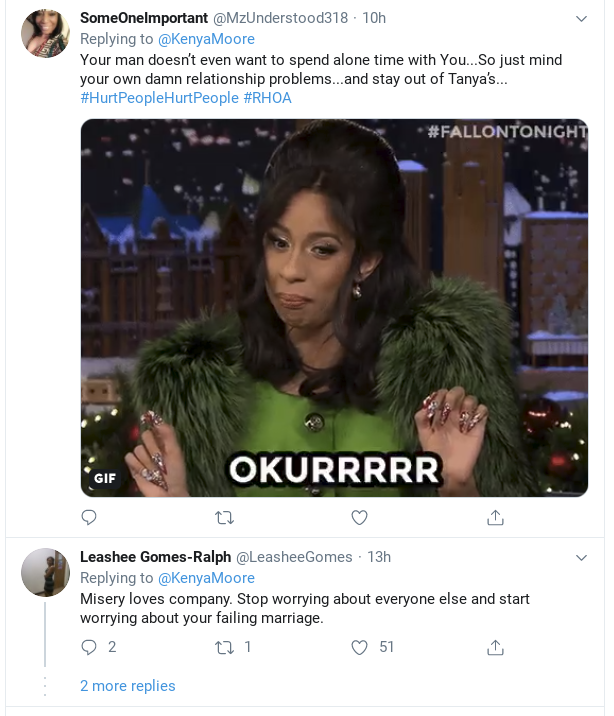 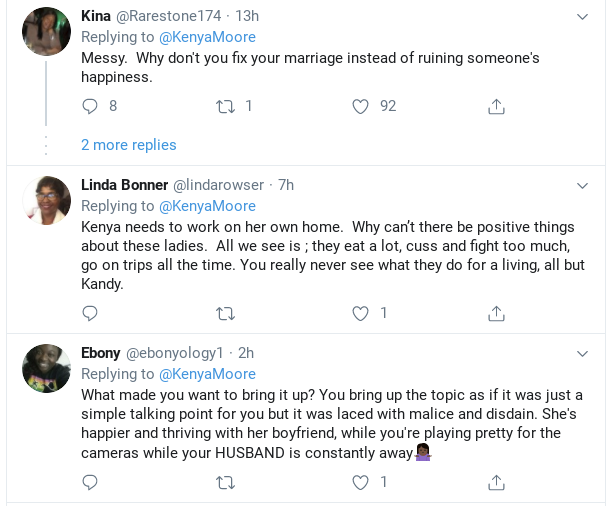 Most of fans, however, told her to focus on her relationship.

Another one tweeted: "Kenya needs to work on her own home. Why can't there be positive things about these ladies?"

While another one wrote: "What made you want to bring it up? You bring up the topic as if it was just a simple talking point for you but it was laced with malice and disdain.

"She's happier and thriving with her boyfriend, while you're playing pretty for the cameras while your husband is constantly away." 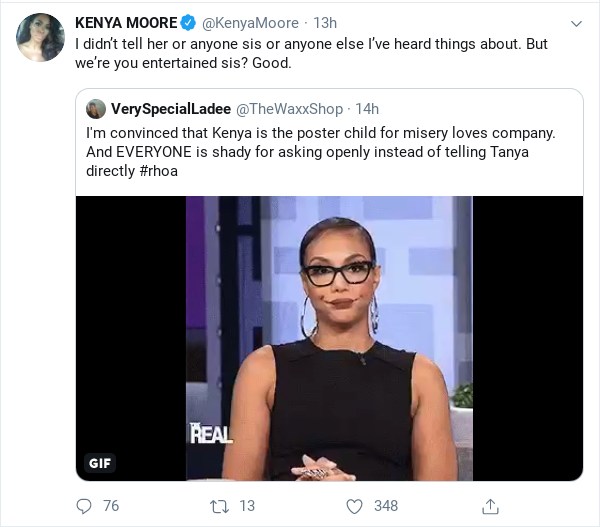 Kenya, seeing she was being bombarded with criticism, clapped back at fans and implied it was all for the sake of the show.

She wrote: "I didn't tell her or anyone, sis, or anyone else I've heard things about.
"But, were you entertained, sis? Good." 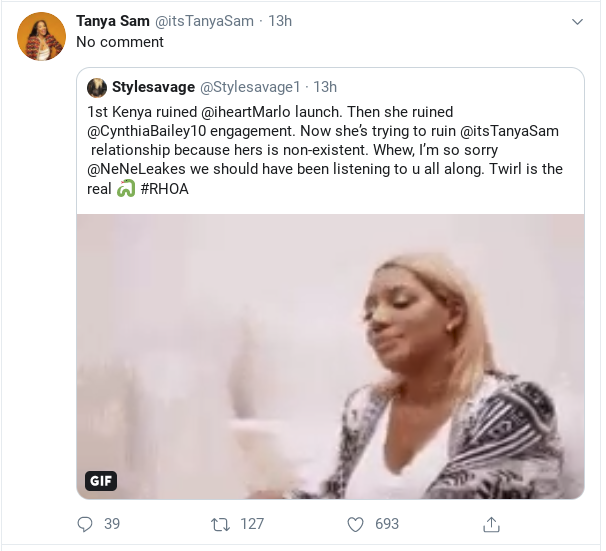 Tanya didn't respond to the situation on social media, but she did retweet a few posts where people were dissing Kenya.

She retweeted a post that read: "Just let people be happy in their relationship in their way, Kenya."

And when one person called Kenya out for ruining Marlo Hampton's wig launch, Cynthia's proposal, and then trying to ruin Tanya's relationship, Tanya retweeted it and commented: "No comment." 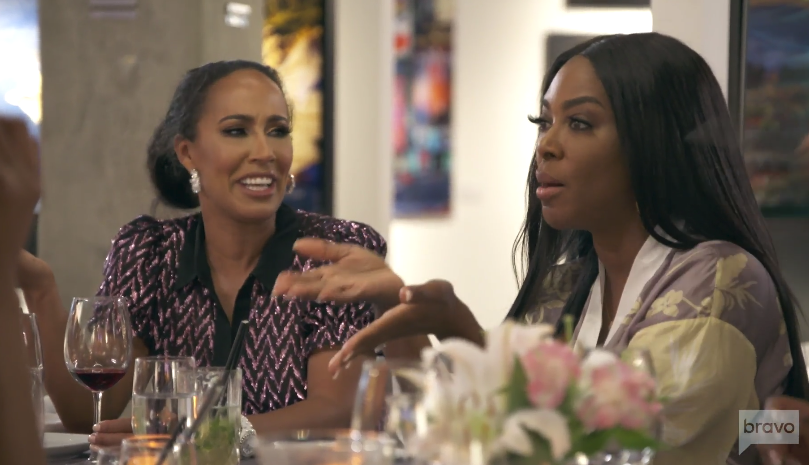 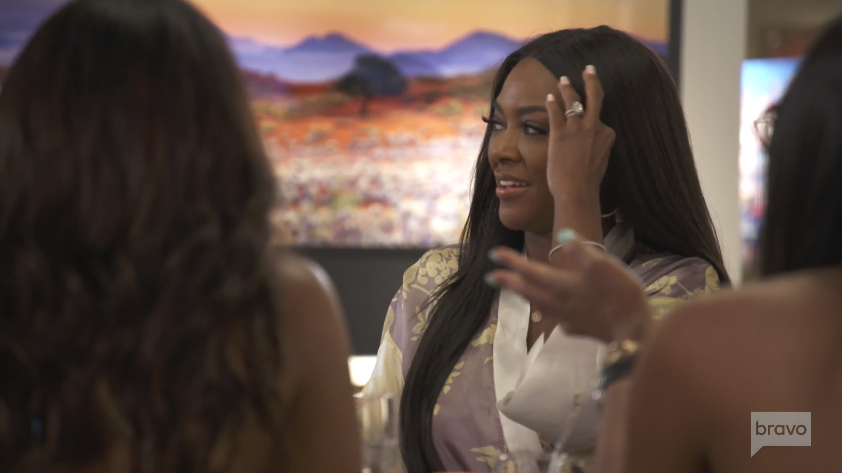 During last night's episode, the topic of cheating partners came up while the housewives grabbed dinner.

Kenya brought up the subject and asked: "If you suspect or have heard that someone's man in the group is cheating, would you want to know?"

To which most of the housewives, including Tanya, responded that yes, they would like to know. 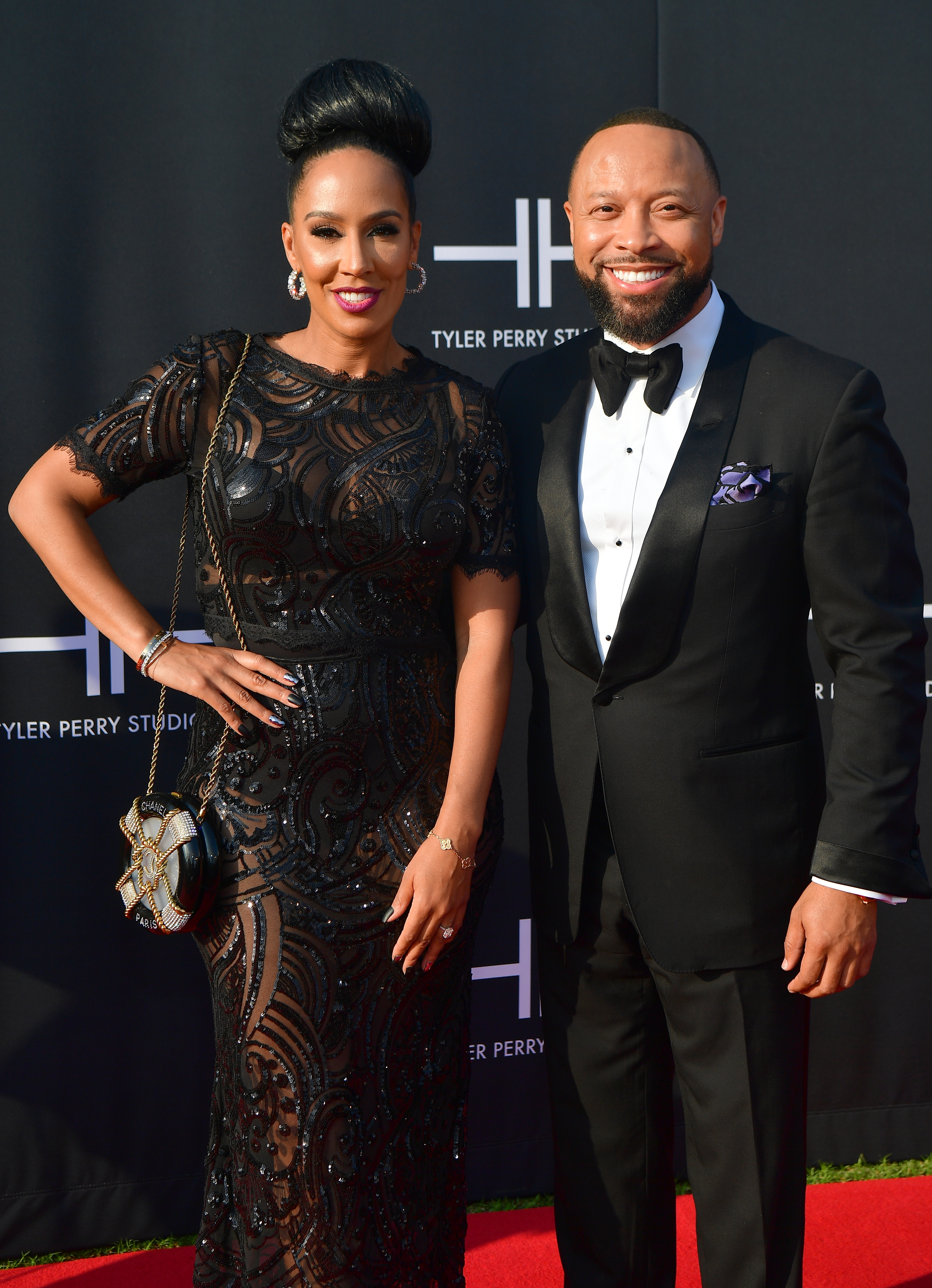 Kenya continued: "If a woman came up to you and said this stuff, and it's the woman who's accusing him?"

Tanya then specifically responded: "Yes, I would want to know if people were going around saying that."

Kenya continued to press the subject and asked: "But what if they didn't hook up with them and they basically said that the person hit on them and they exchanged numbers?"

Tanya surprisingly responded by saying she didn't consider those things cheating. She also talked about how she has a very honest relationship with Paul and that the two don't hide things from each other. 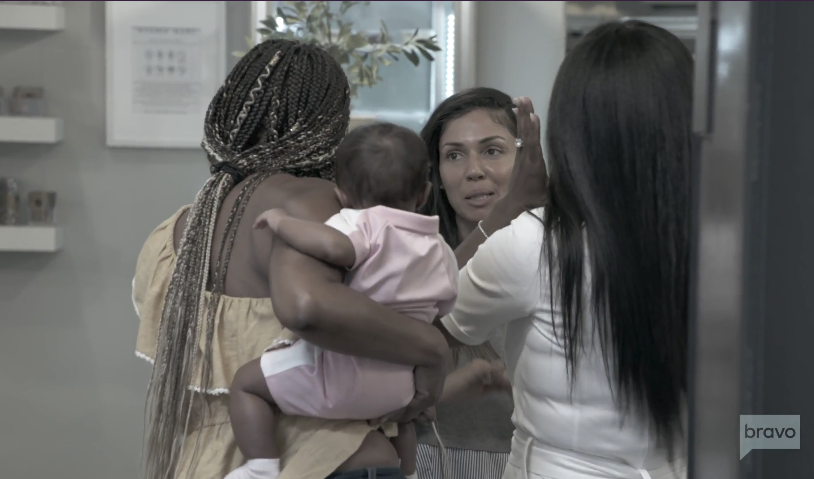 Kenya was alluding to the time when she and Cynthia were visiting A Haute Cookie and the owner of the shop, Shiana White AKA "The Cookie Lady", revealed Paul had been flirty with her.

Cynthia seemed visibly uncomfortable during the dinner and Kenya could be seen keeping her eyes on Tanya, who was sitting beside her, the whole time.

Cynthia even commented during confessional that Kenya, who is known for being sneaky, was acting unusually "shady". 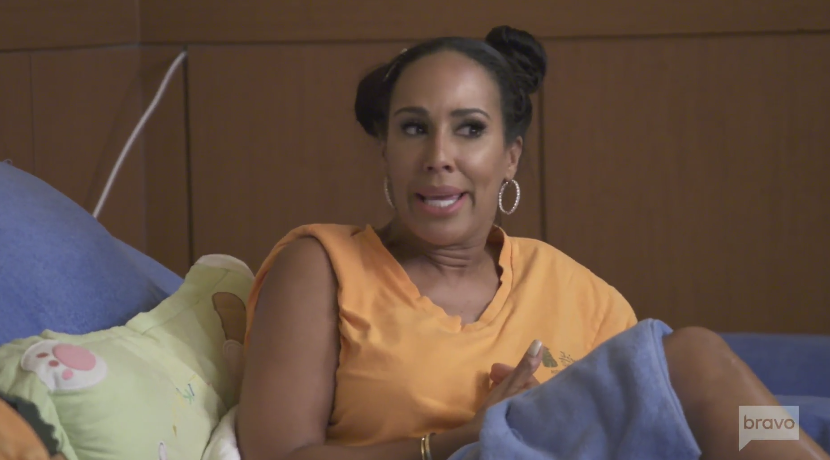 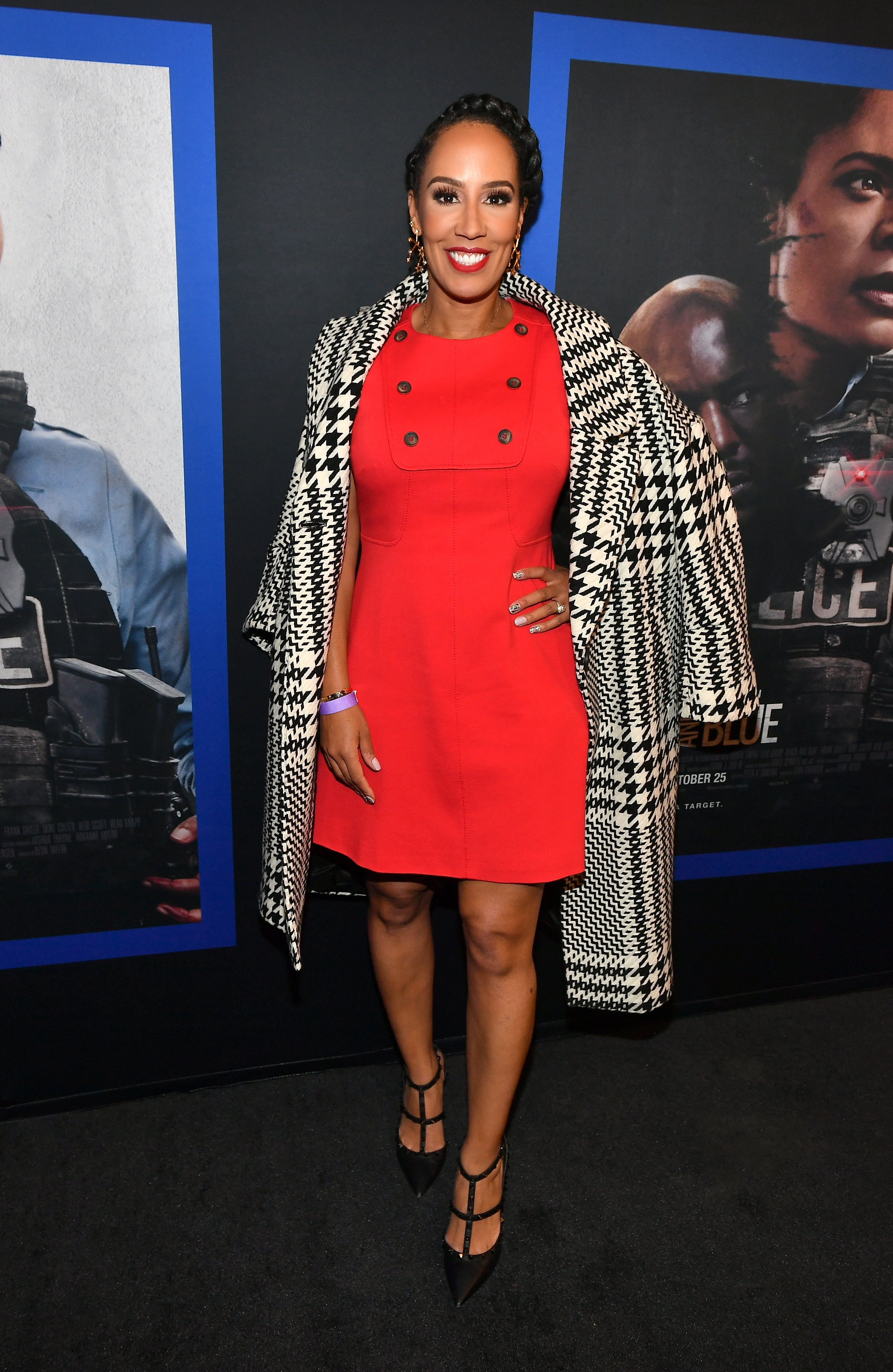 This implication clearly didn't sit well with Tanya because in the preview for next week's episode, Tanya is spotted talking about Kenya.

She told Kandi Burruss, Marlo, and Porsha that she had "tea" on Kenya after discovering the contents of a package she had left behind in Canada.

The Canadian also said she didn't understand why Kenya kept looking at her while talking about the cheating partner.