Home » RHONY: Ramona Singer Shades Sonja Morgan Says She's Been Disloyal and Made Up Stories About Her

RHONY: Ramona Singer Shades Sonja Morgan Says She's Been Disloyal and Made Up Stories About Her

Are Sonja Morgan and Ramona Singer from The Real Housewives of New York City on the rocks? Singer recently asserted that Morgan, who has been her close friend for years, made up stories about her and referred to her as “disloyal” this season.

Viewers watched as Leah McSweeney confronted Singer about possibly fabricating a story about donating her plasma post Covid. But instead of backing Singer up, Morgan interjected, “Oh no she did not. It wasn’t on Instagram.” Later, Morgan got beligerant when Singer tried to curb her drinking during dinner. Morgan screamed at Singer to “Shut the f**k up” and shoved her. Now Singer shares that she may not be on the best terms with her bestie. 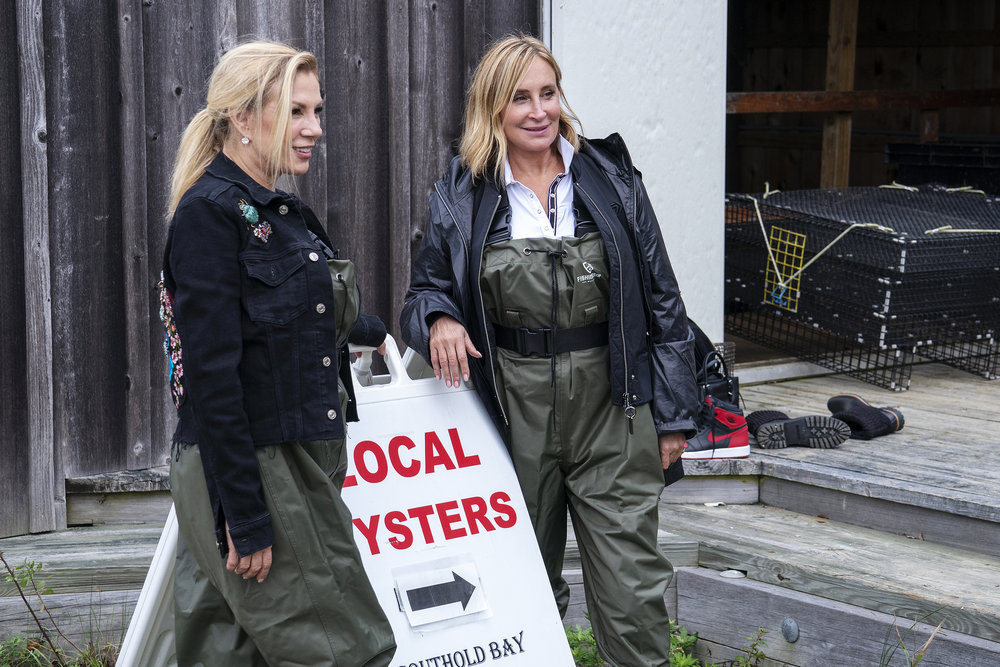 Ramona Singer says Sonja Morgan made up stories about her

Singer told Daryn Carp from People TV that trouble is brewing Morgan. When asked who was the most loyal to her, Singer said it wasn’t Morgan. “Sonja likes to make up stories about me behind my back,” Singer said shaking her head. She’s likely referring in part to Morgan’s comment about her plasma donation. “So I don’t think so.”

Adding, “I love her, we have a great bond.” But then when asked which cast member was the most disloyal, Singer said it was Morgan. “Actually you are gonna see, Sonja said some really hurtful things to me,” she said in response to the question. “I’m not gonna tell you when or where, and yeah. Sonja was really like … yeah … so.”

Carp confirmed any fallout between the friends will be seen played out this season. “Absolutely,” Singer confirmed. “I wish you wouldn’t. But you are.”

Singer also seems to have a bone to pick with McSweeney. She said McSweeney was the most likely not to apologize. Plus, she was also the most likely to start drama for the cameras in Singer’s opinion.

While Singer’s comments about Morgan may be a little surprising, the shade didn’t start this season. Morgan said last season that Singer didn’t care about her friends’ feelings and didn’t think before she acted.

Morgan cited one example during an appearance on Watch What Happens Live with Andy Cohen. She said Singer partied with Luann de Lesseps’ now ex-husband Tom D’Agostino when they two were in the middle of getting divorced. “And that was hurtful,” Morgan remarked during the After Show. “Luann had just started divorce proceedings and here [Singer] cared more about going to a party with Tom than her friendship with Luann.”