EXCLUSIVE: Robert Downey Jr. has teamed with bestselling environmental author Thomas Kostigen to write Cool Food: Erasing Your Carbon Footprint One Bite at a Time. The book has been acquired by Blackstone Publishing president/CEO Josh Stanton. The actor/producer and Kostigen plan a book they say will provide a smart, accessible, and game-changing roadmap to making climate-solving food choices. The deal marks the first major non-fiction book from Downey Jr., best known for his iconic turns as Iron-Man and Sherlock Holmes and partnering with wife Susan Downey in their Team Downey production label. Downey Jr. leaned into nutrition since early in his Marvel run to prepare for the rigors of that role. While there has been a preoccupation in Hollywood in cutting down carbon footprints, doing it through a diet seems an innovative wrinkle. Blackstone hasn’t set a pub date. 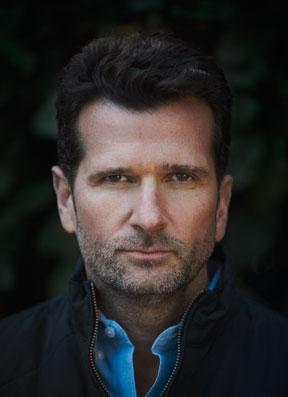 “Our best global food future requires no hand-wringing, fad diets, or radical shame—just a perspective shift to discovering the many solutions in plain sight,” Downey, Jr. said. “With Kostigen in the cockpit, and Blackstone’s formidable ground control, it should be an actionable adventure. Join us.”

Said Kostigen: “As the great Yogi Berra once said, ‘The future ain’t what it used to be.’ Increasingly, we are presented with forecasts of a worsening climate. Cool Food shows how we can change that outlook for the better by making a few different choices at the grocery store, trying something new on the restaurant menu, and by keeping an eye out for foods that store more carbon in the ground rather than polluting the air.”

Blackstone CEO Stanton confirmed the deal, saying the publisher is “is proud to partner with Robert Downey, Jr. and Thomas Kostigen to publish this vital book that shows how we, as individuals, can make a major impact with the foods we choose to eat,” says Stanton. “Cool Food provides an approachable roadmap with practical steps to reduce our carbon footprint—and, with brilliant and witty Downey, Jr. and Kostigen at the helm, readers are sure to have a lot of fun as they learn, too.”

Downey, Jr. and Kostigen will provide specifics on how to create a carbon-free diet, and dissect their own take on their cool food paradigm. The duo will walk readers through the adventures they embarked on that unfold a 360º story about where these foods are grown and sold – ranging from exotic regions, local productions, and giant wholesale markets, and the simple and Michelin-star restaurants at which they are served.

In 2019, Downey, Jr. founded The Footprint Coalition, a business and non-profit solely focused on the adoption and scaling of sustainable technologies. Kostigen has been writing about climate change for the past two decades.