HE was handpicked by Elton John to play him in new biopic Rocketman — but Taron Egerton is a controversial choice.

Sections of the gay community have complained that a heterosexual actor should not be portraying a homosexual icon. 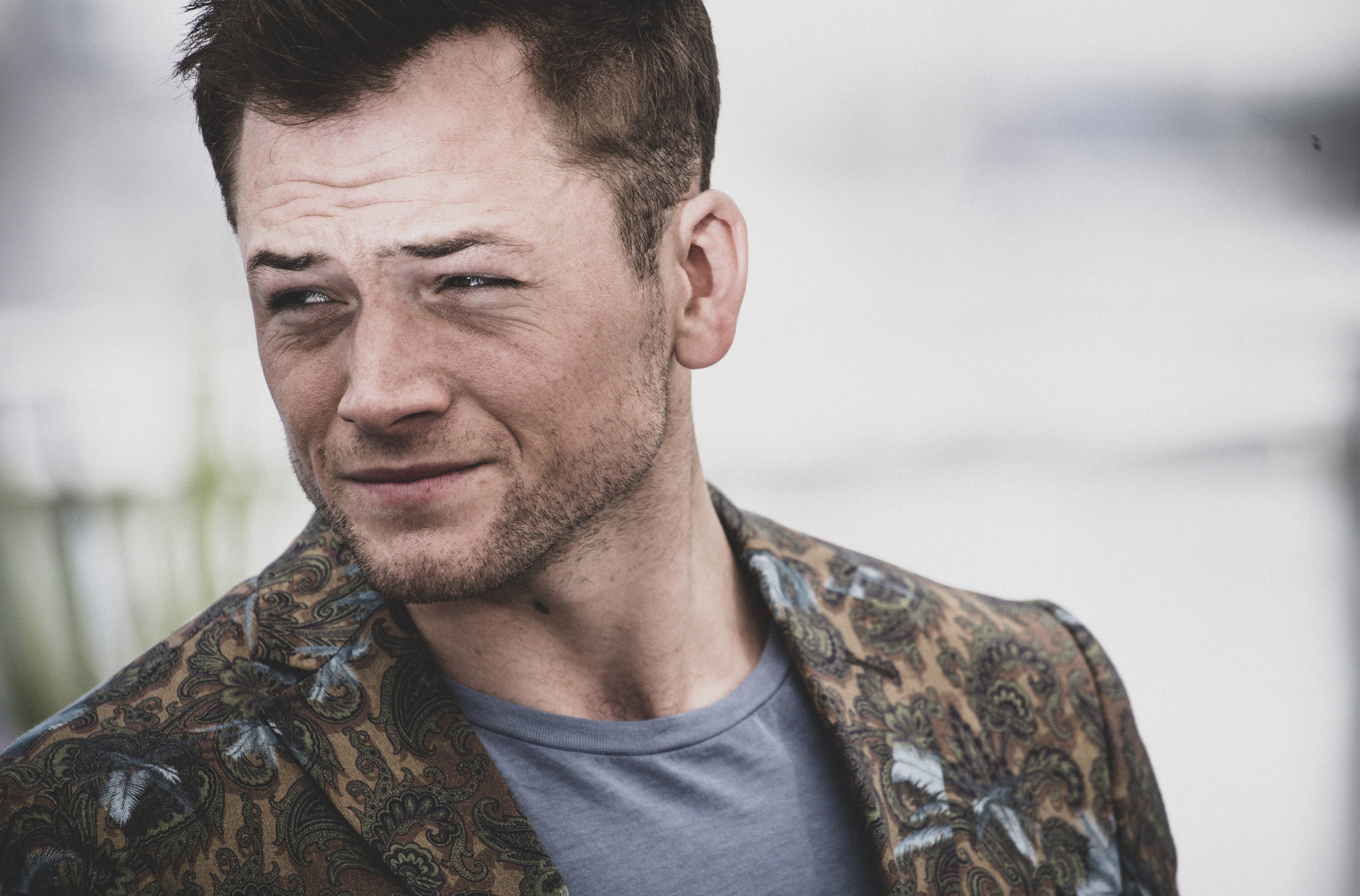 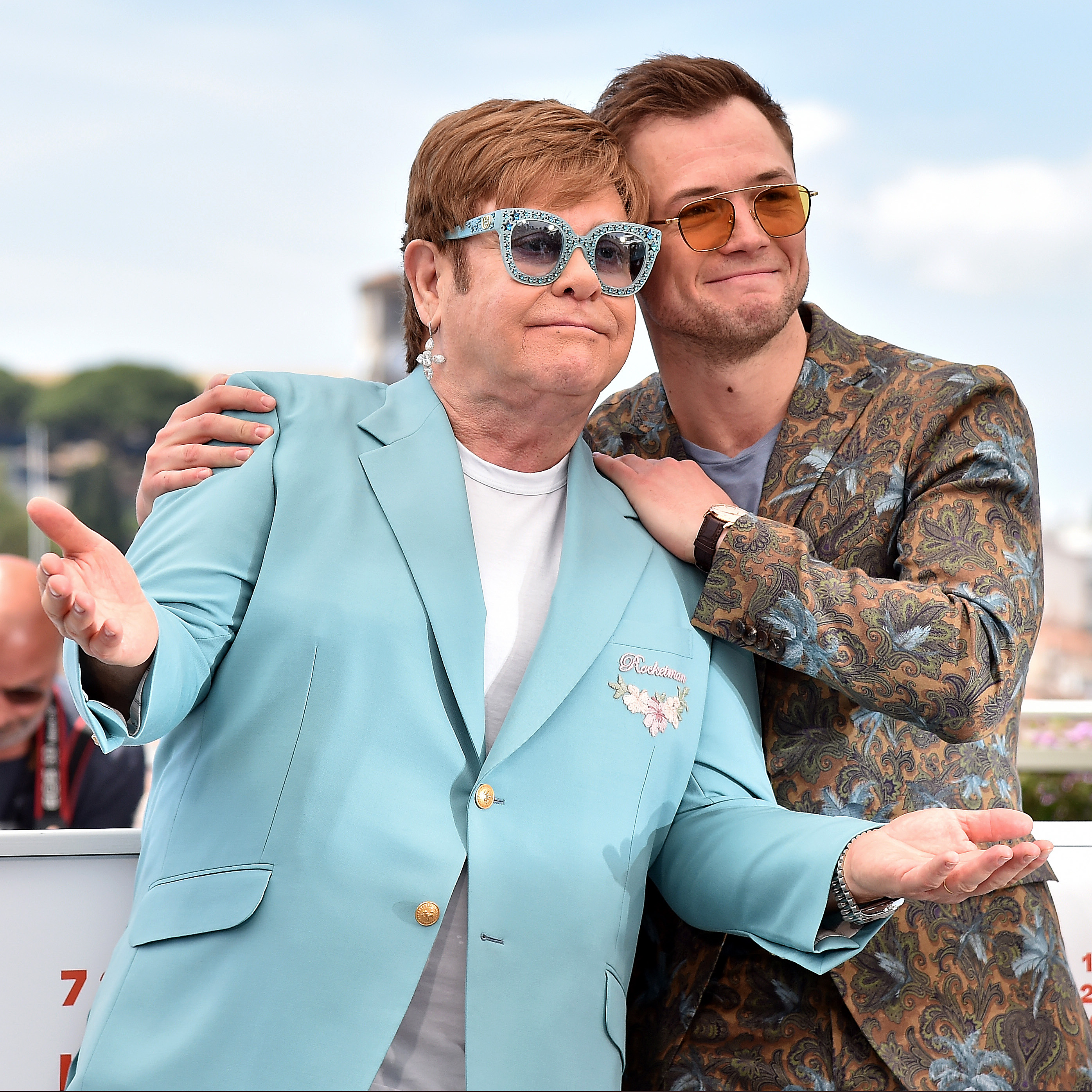 But his family and pals think the real issue is not that handsome Taron is too straight to play the pop legend — it’s that he is too sexy.

His dad David Slater told The Sun: “I don’t think he’s ever had any difficulty in that area. He’s always been popular with the girls.”

That popularity started early for the 29-year-old. Sian Thomas, 27, who went to Ysgol Penglais School in Wales with Taron said: “He was outgoing and the girls all liked him. In fact, I remember two girls fighting over him once in the playground.

“They pulled each other’s hair because they both liked him.” 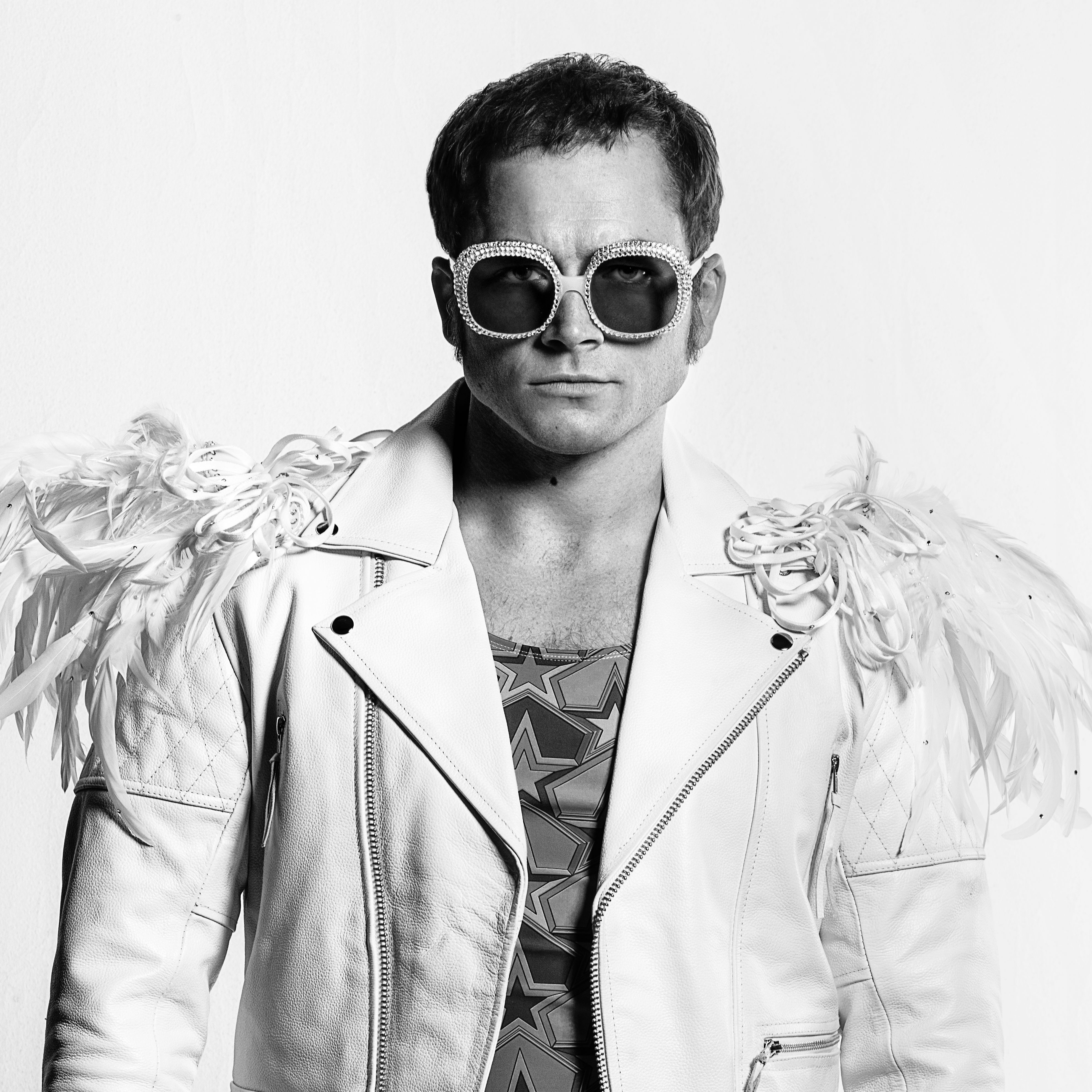 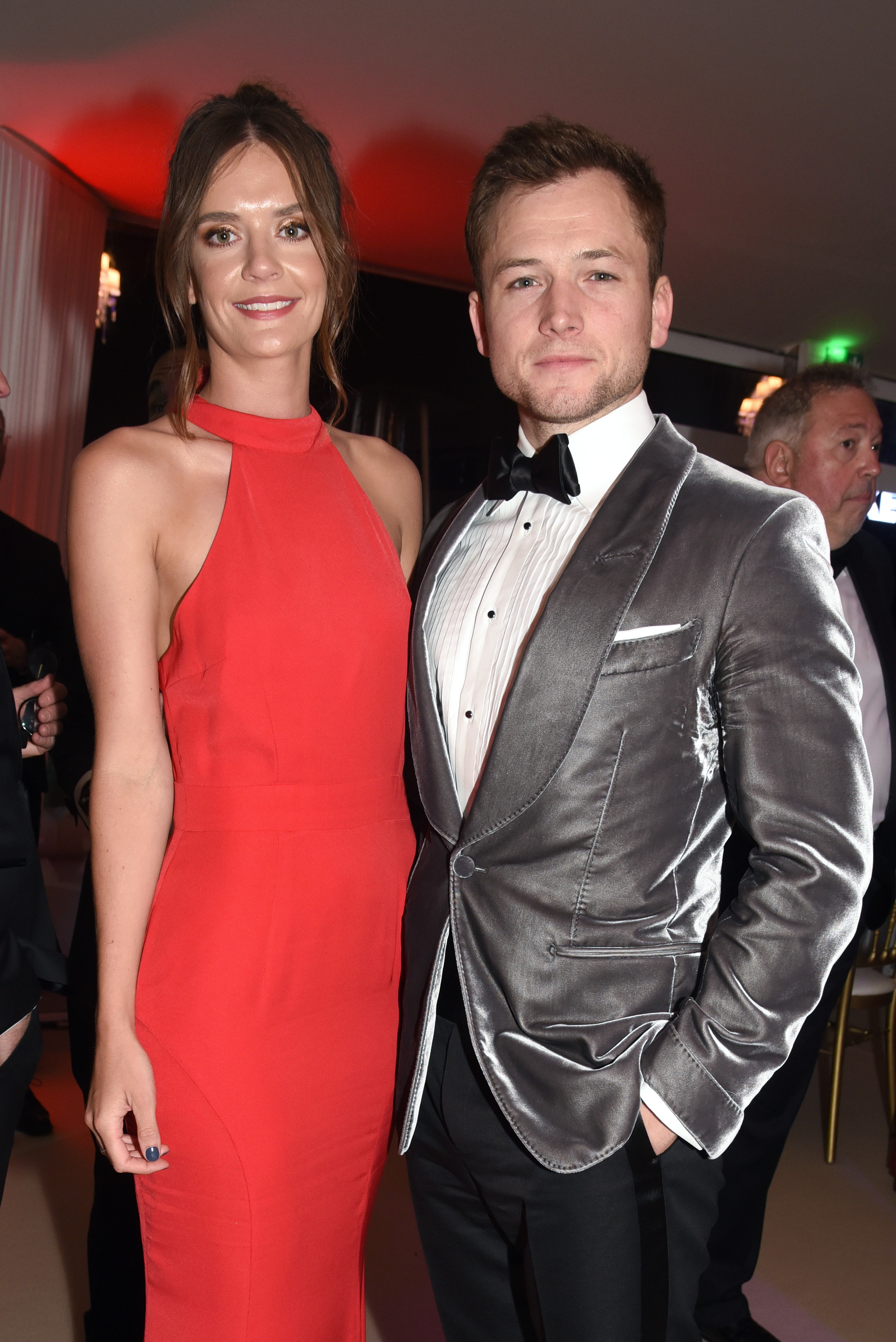 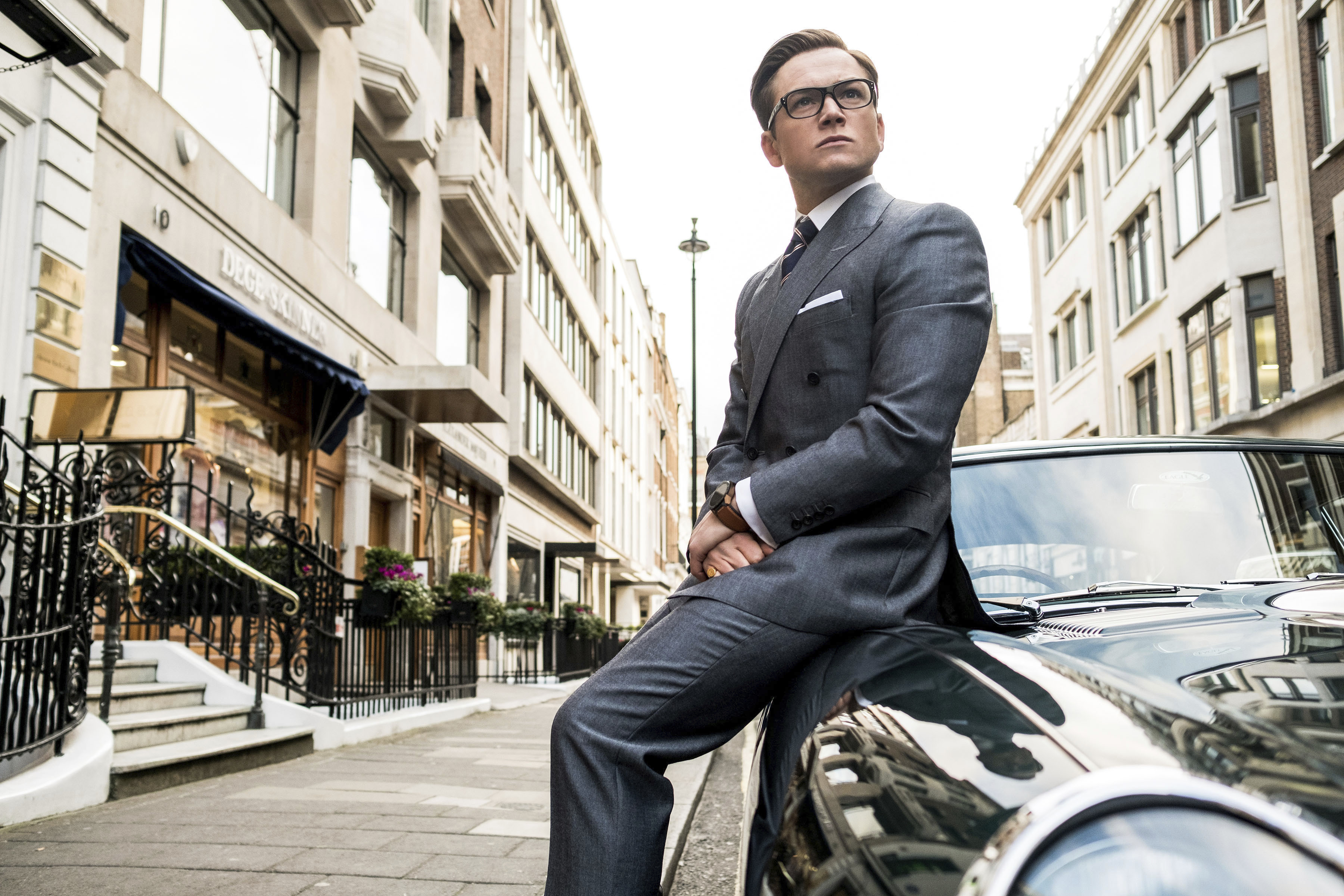 In typically robust style, Elton has brushed aside the controversy over Taron portraying him in the movie.

The singer, who is also a producer of the critically lauded film about his craziest booze and drug-fuelled years, dismissed the row as “bulls**t”.

Taron, who grew up in Wales and made his name as a suave spy in Kingsman and as ski jumper Eddie The Eagle, chose to be more diplomatic.

The mild-mannered actor said: “It’s easy for me to sit here as a white, heterosexual man and say I should be able to play a part I want.

“But I completely understand why a gay actor would feel that this is an opportunity for which they would be better suited.”

He promised audiences his sex scene with Bodyguard actor Richard Madden, who plays Elton’s manager John Reid, would be an “explicit” expression of Elton’s passion — and he’s certainly stayed true to his word. 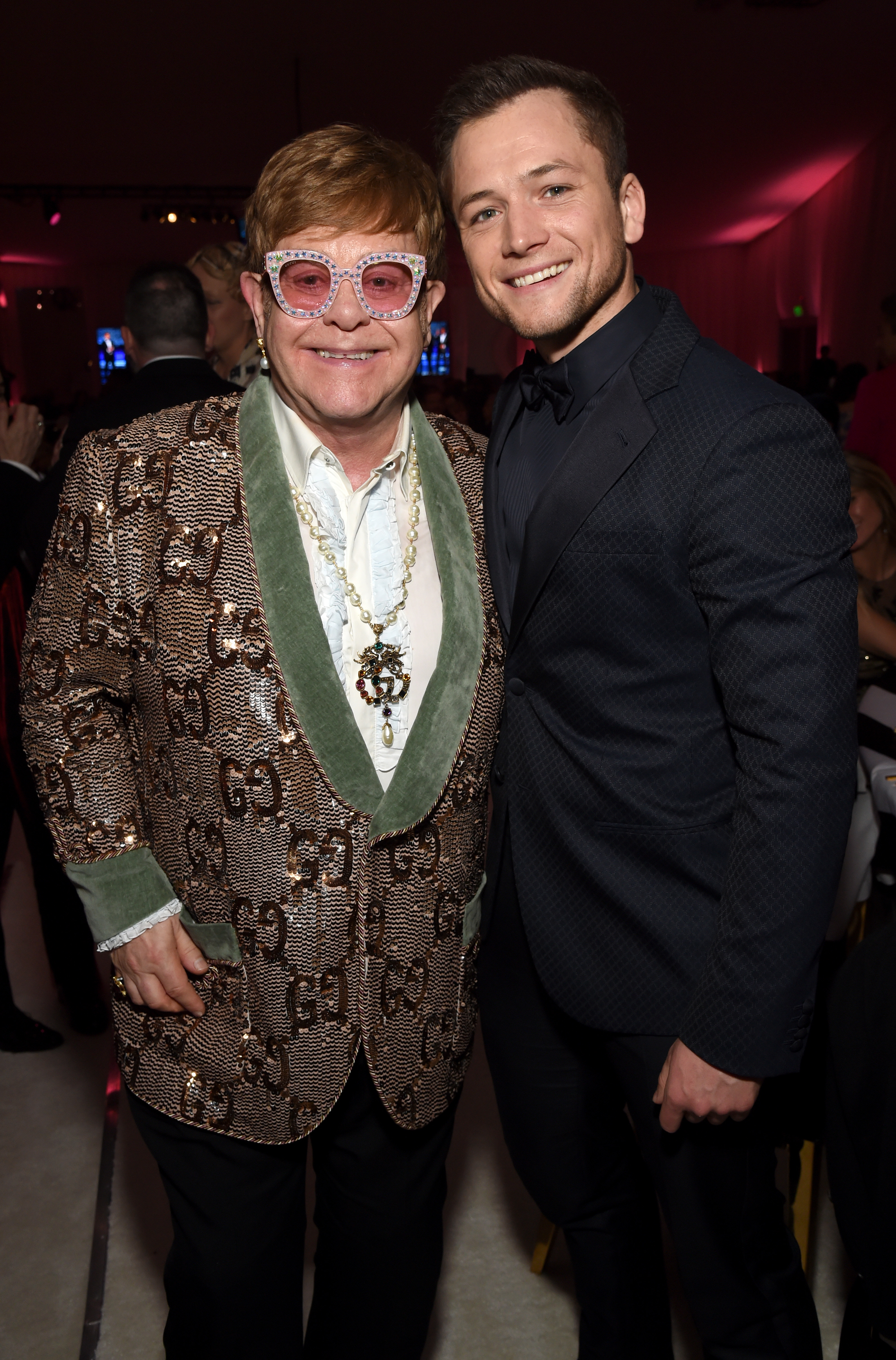 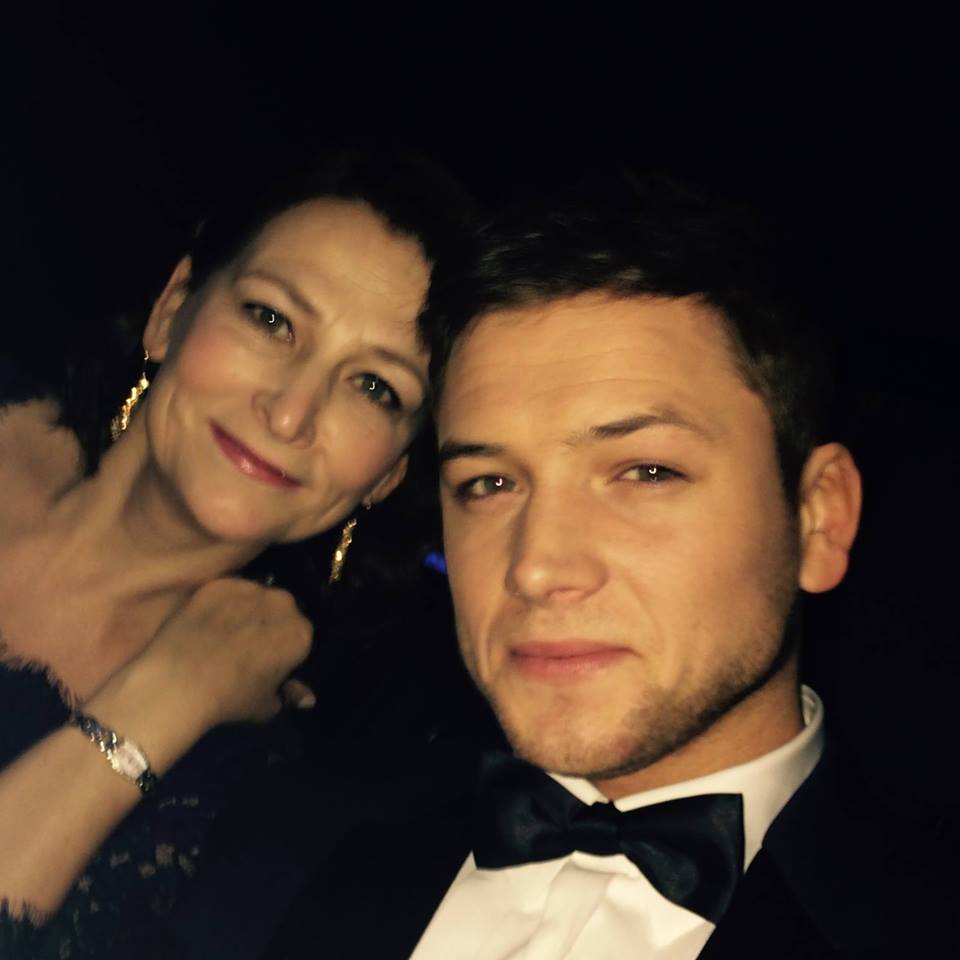 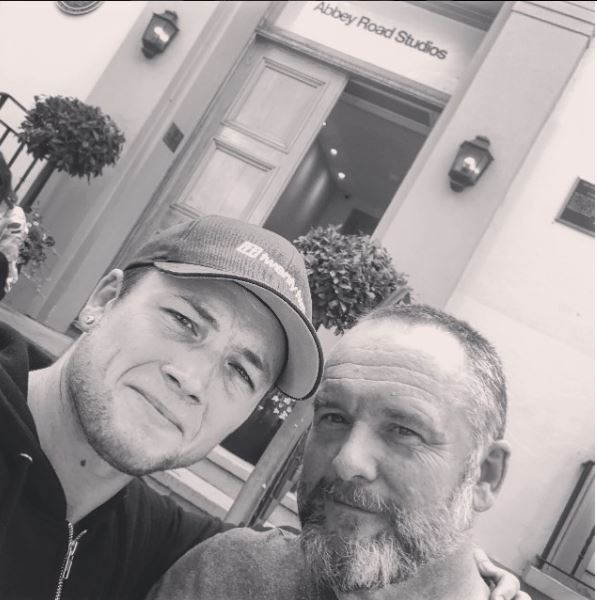 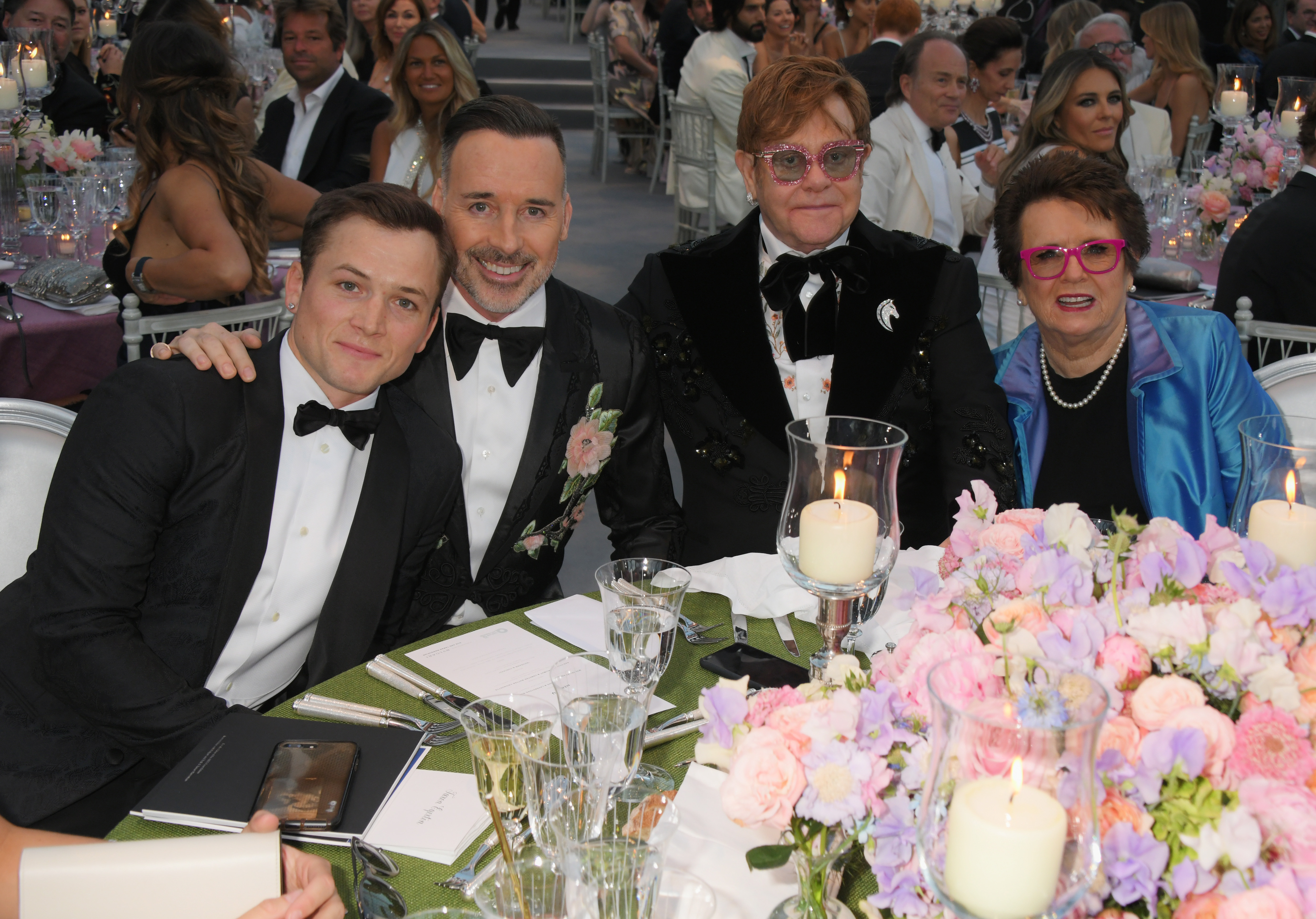 Unlike the 12A international box office hit Bohemian Rhapsody, which skirted round Queen singer Freddie Mercury’s gay love life, the 15-rated Rocketman is in no way shy about Elton’s sexuality.

And while most celebrities consider their romantic preferences to be “private”, Taron is not coy about being attracted to women.

There had been rumours he was gay when he posted a picture of a male friend with the caption: “Cutie. My boy.”

But he insisted: “I’m not gay but two of my mates came out when I was 15. It was a joy to support them because, as a group, we are all secure in who we are.” 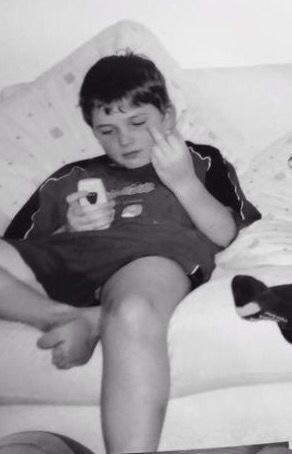 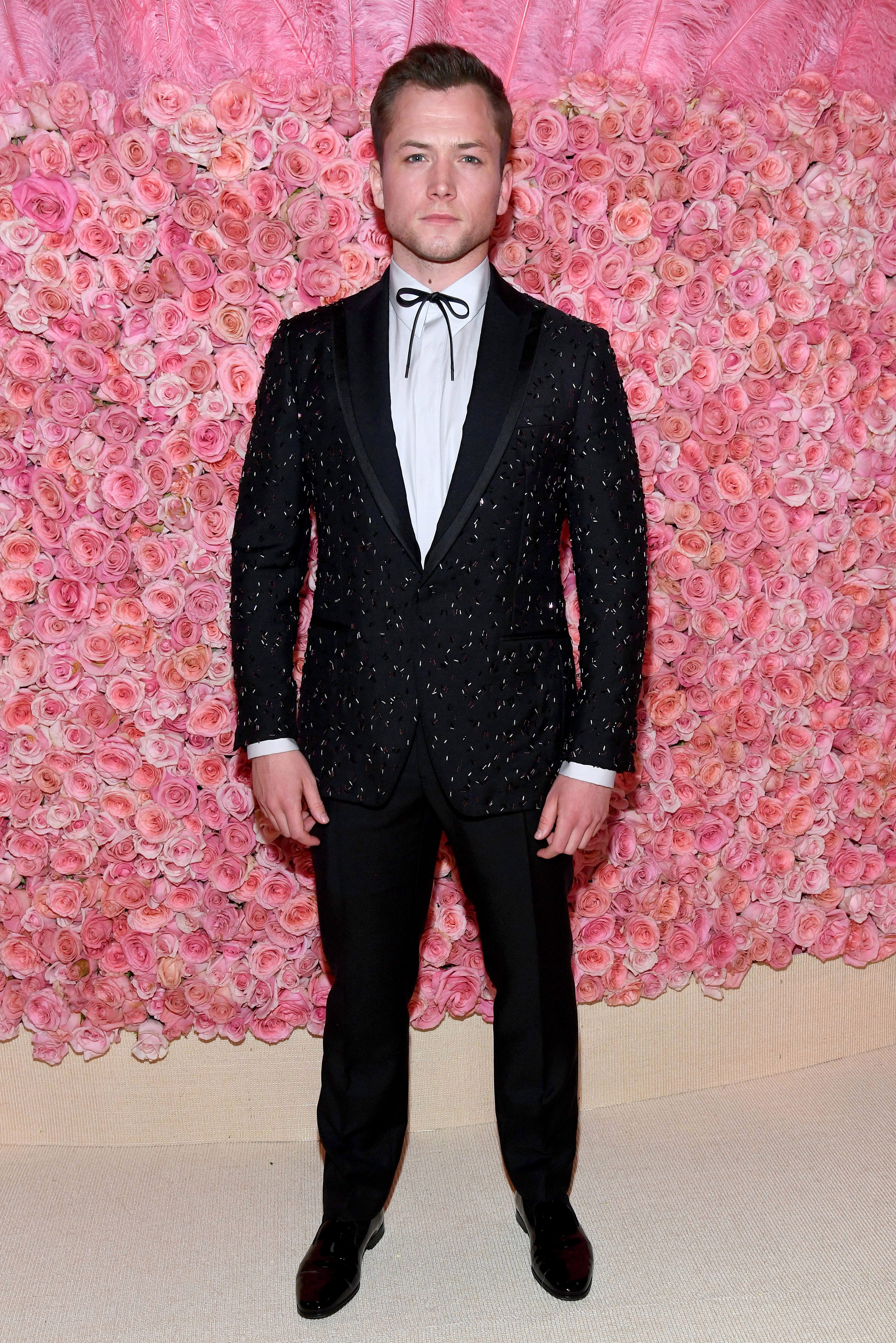 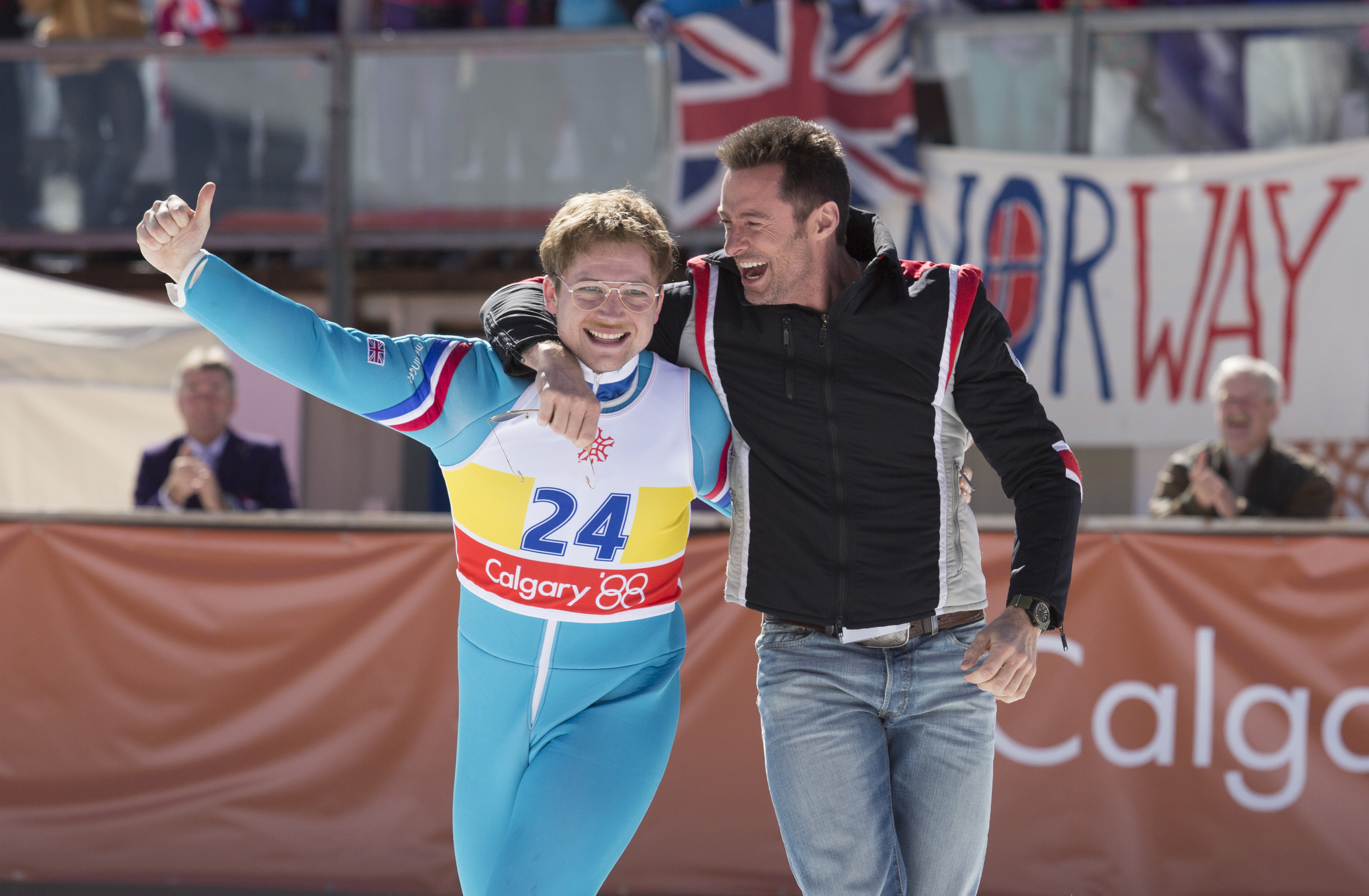 Taron once claimed he had been lonely at times, living in hotels without a girlfriend.

But he has been dating Emily Thomas, a TV producer, on and off for a long time.

From his isolated Welsh home, his dad David, 56, revealed Taron’s relationship with Emily is “serious”.

He said: “I’ve met her a few times. They’ve been together for a few years now. She’s a lovely girl.”

I'm not gay but two of my mates came out

Taron was a virtual unknown five years ago but his career is about to sky rocket — mirroring a scene in the dreamlike Elton John biopic where flaming boots send him up to the heavens.

Already Taron is an early tip to win a Best Actor Oscar.

Yet his path to the top has not been easy, having grown up in a single-parent household with his mum, who struggled to pay the rent, and battling with self-doubt about being “chubby”.

Taron was born in Birkenhead, Merseyside, and got his unusual name because mum Tina misspelt the Welsh name Taran, which means “thunder”, on his birth certificate.

His parents broke up when he was two, with his mother moving to North Wales and his dad staying near to Liverpool. 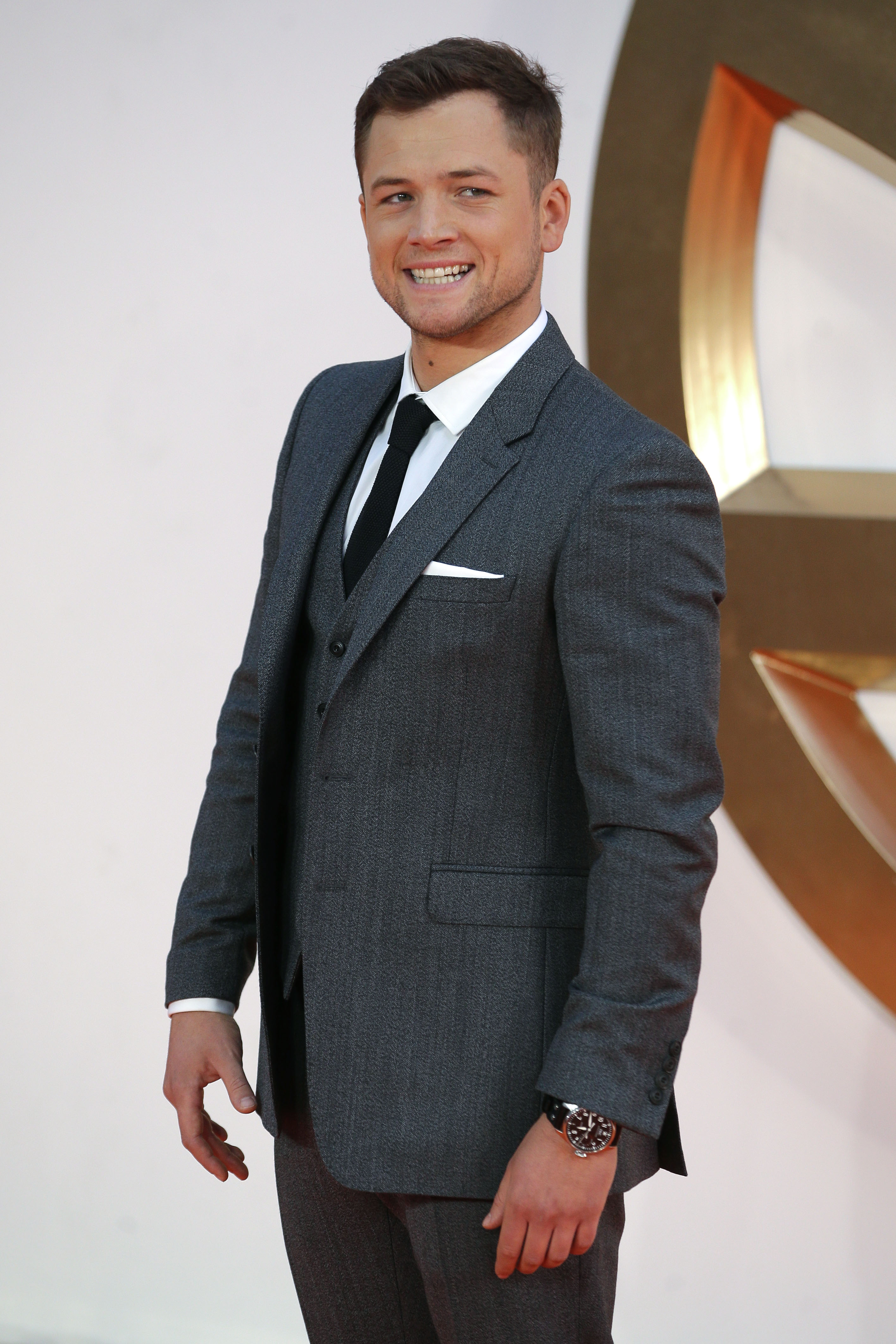 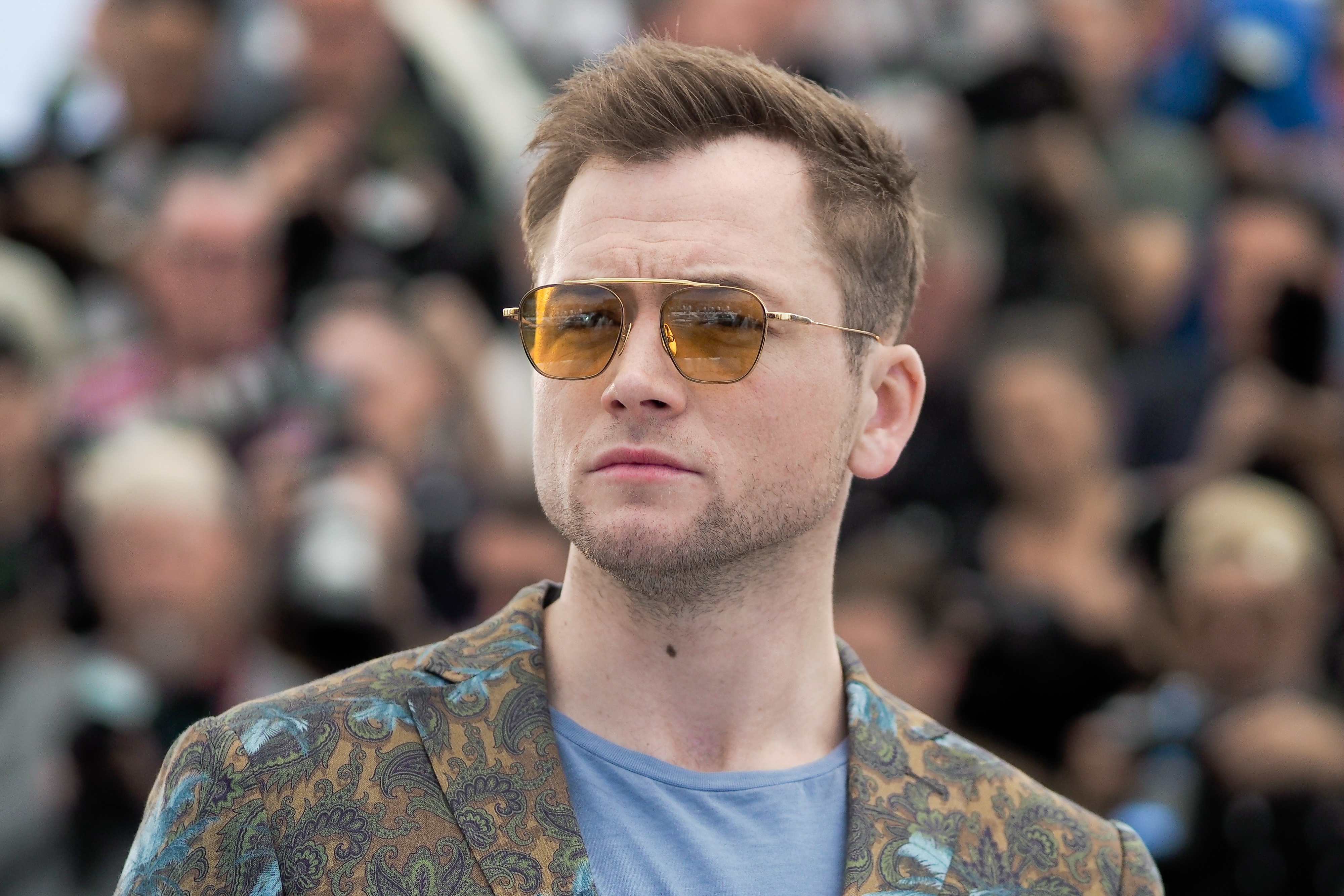 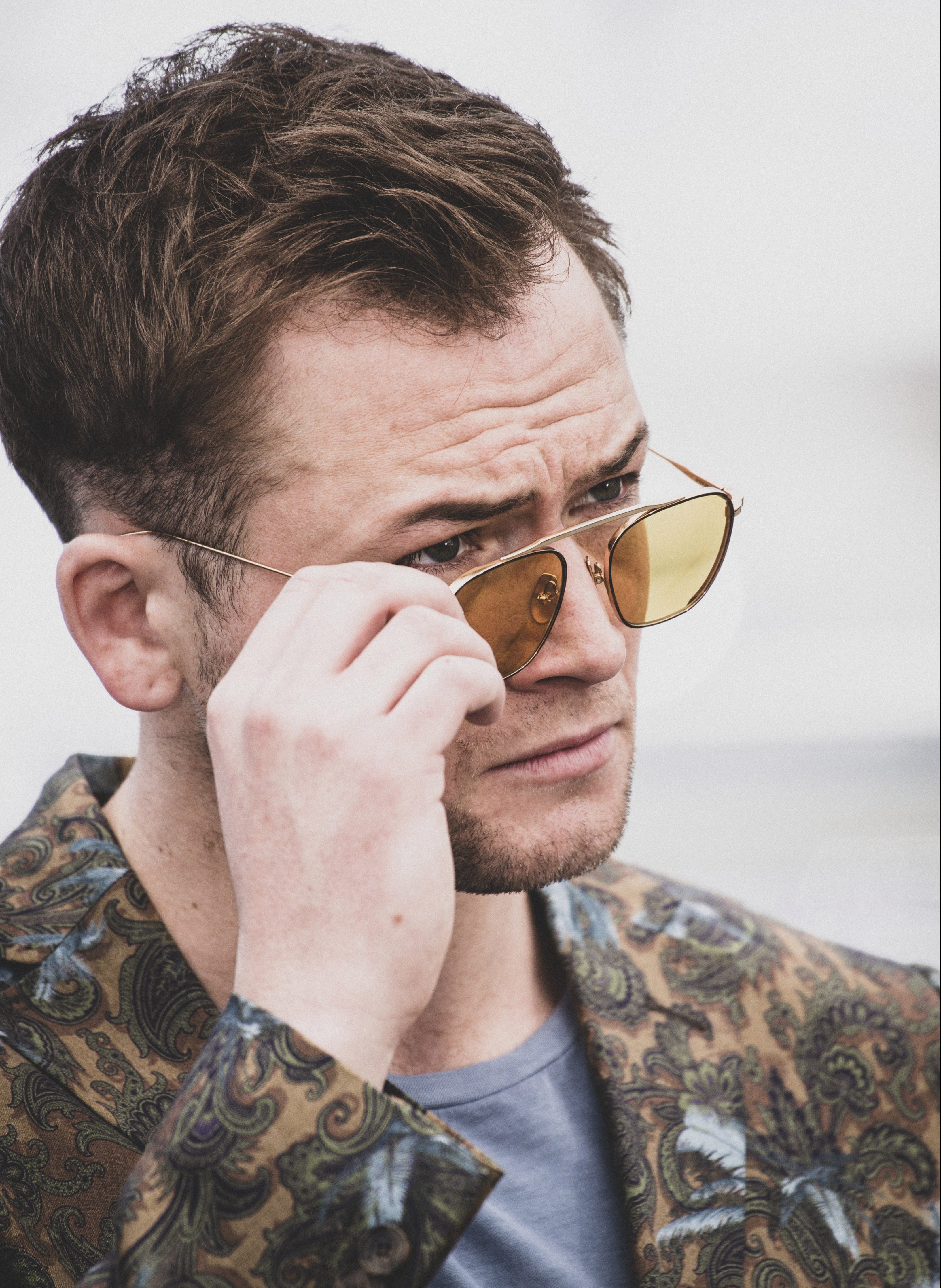 Taron is incredibly close to his mum, recently posting a message on his Instagram saying: “I love you Mam. I’d be nothing without you.” At first, Taron lived in the village with the longest name in Britain — Llanfairpwllgwyngyllgogerychwyrndrobwllllantysiliogogogoch — before moving to Aberystwyth, where his mum works in social services.

At that time, his future seemed to be in Holyhead rather than Hollywood.

His dad said: “He didn’t want to be an actor when he was growing up.

“I always thought he was going to be an illustrator.

“He was just a normal kid growing up, playing football and the like.”

While studying at Ysgol Penglais School, Taron got into acting at Aberystwyth Arts Centre aged 16.

His drama teacher, Auriel Martin, reckons he didn’t want to be there at first. She told The Sun: “He was kind of dragged along by his friends. I don’t think he wanted to come especially, but after five minutes he loved it and never looked back.

“We always knew he was going to be a star. He was sensational in his first performance, as the Artful Dodger.”

Taron was less enthusiastic about flamboyant outfits in those day.

Auriel said: “I do remember once he wasn’t happy when he had to dress up as a woman for A Midsummer Night’s Dream.”

In the latest edition of GQ magazine, Taron also remembers that performance and his reluctance to dress up. He said: “I was quite put out by it. I was feeling chubby and insecure. It was possibly a lot to ask for from a young guy. But that was the part I was offered, so I took it.” At 18 he was rejected by several drama schools and had to work in a clothes shop before being accepted by the Royal Academy of Dramatic Art (Rada) in London. 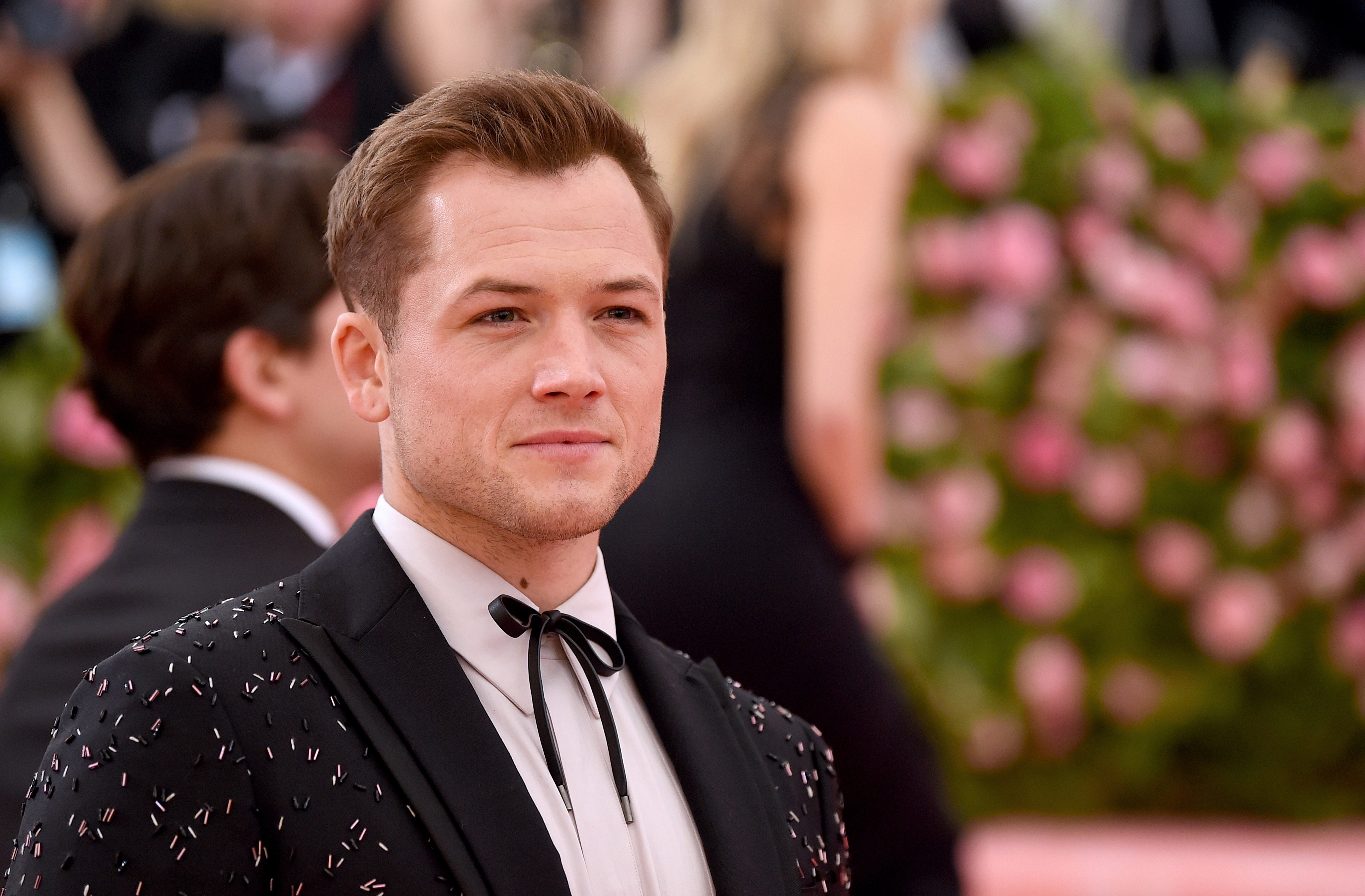 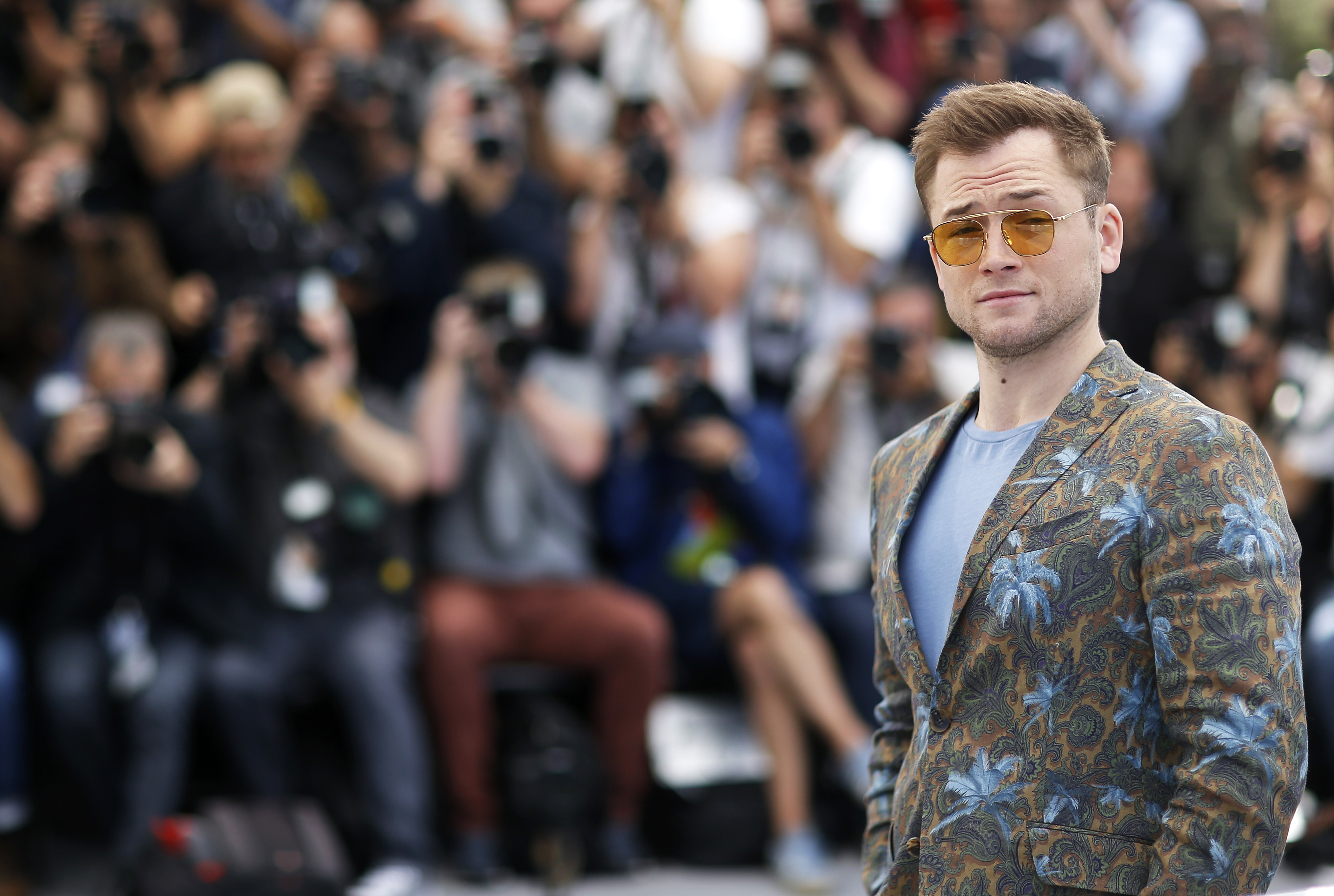 Taron said: “I applied to drama school when I was about 18 and didn’t have any luck anywhere.

“They turned me away and said I had a bit of growing up to do. I went back to Aberystwyth and did my growing up by spending eight months working in Peacocks.

“I also went to Kenya and volunteered for a few months, then went back and auditioned again.”

Thanks to funding from The Ogden Trust he was able to afford Rada when he got accepted into the acting school on his second attempt.

Shortly after graduating in 2012, Taron was cast in both Kingsman movies with Colin Firth and also Testament Of Youth, which starred Alicia Vikander.

Since then he has been going from film shoot to film shoot, often in glamorous locations abroad. 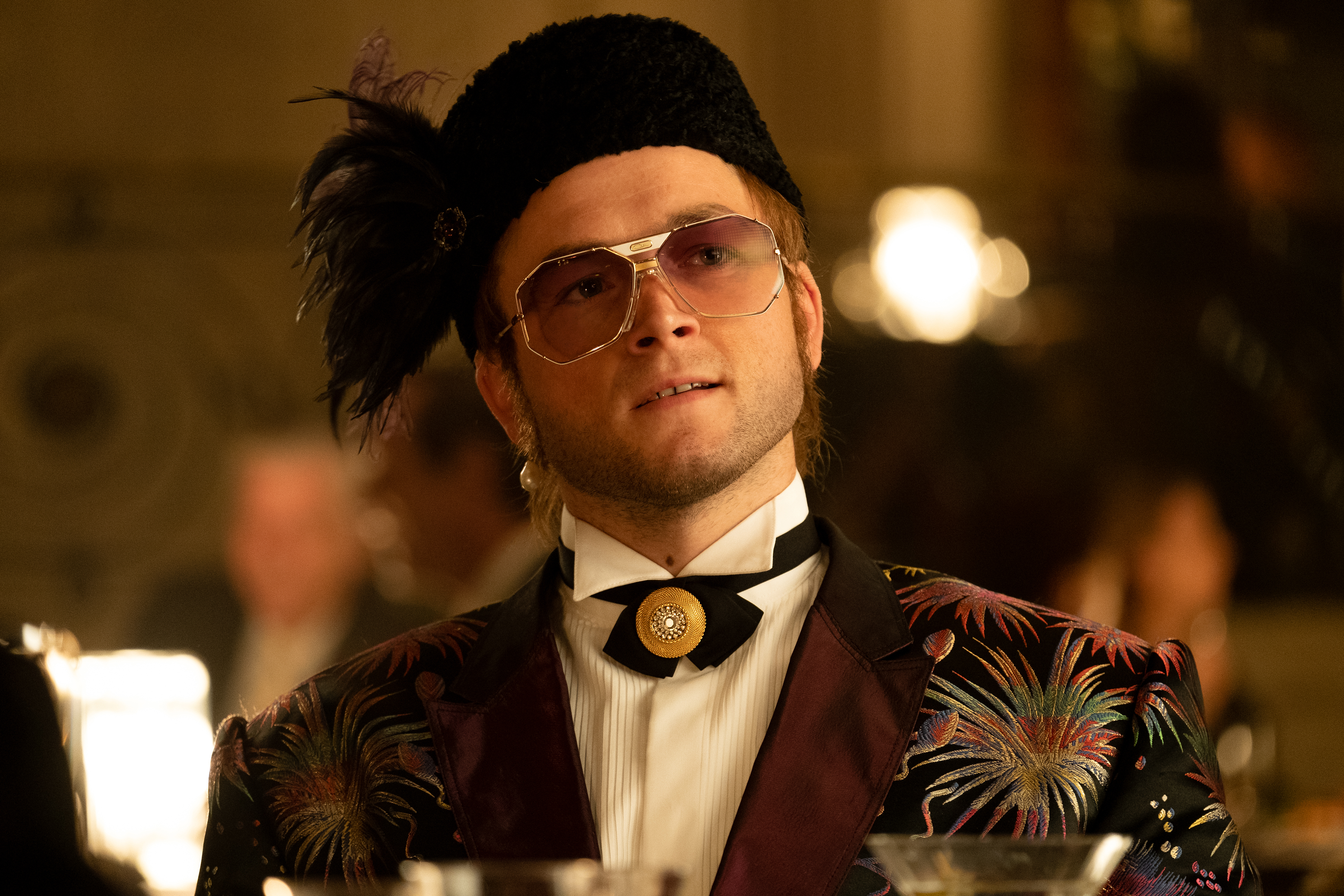 Surprisingly, he turned down the chance to return in a third Kingsman film, which is expected to be released next year.

Taron says he felt like an “imposter” in the big, action-movie world.

It turns out he is more comfortable picking up a mic and singing his heart out. He has the lungs to belt out all of Elton’s hits himself in Rocketman, which had its UK premiere in London.

That talent may have come from his dad, who sings in Merseyside band Dataslaves.

David said: “I’m very proud of him and how well he’s done. I’m especially pleased with his singing now because I’m a musician myself.” 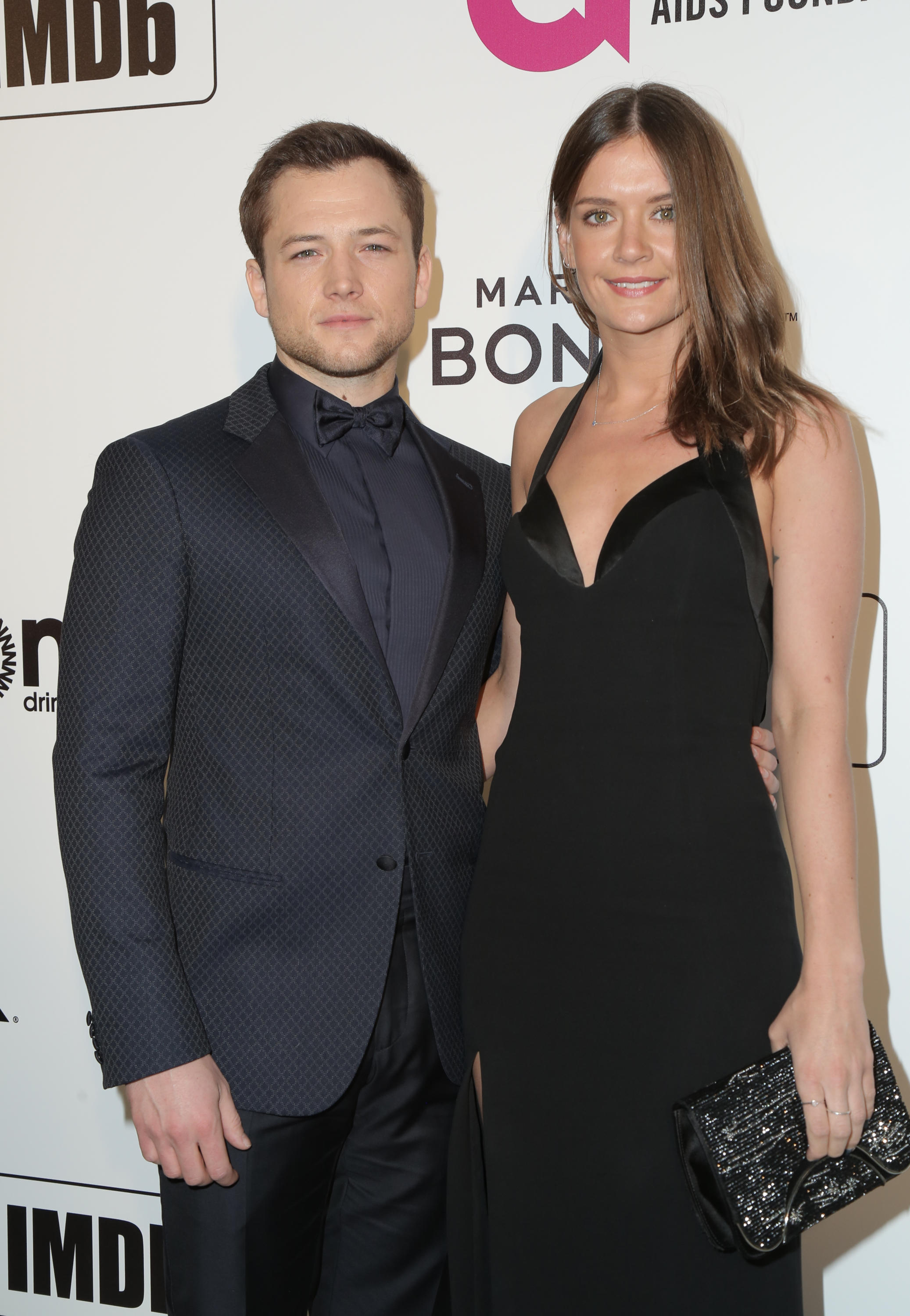 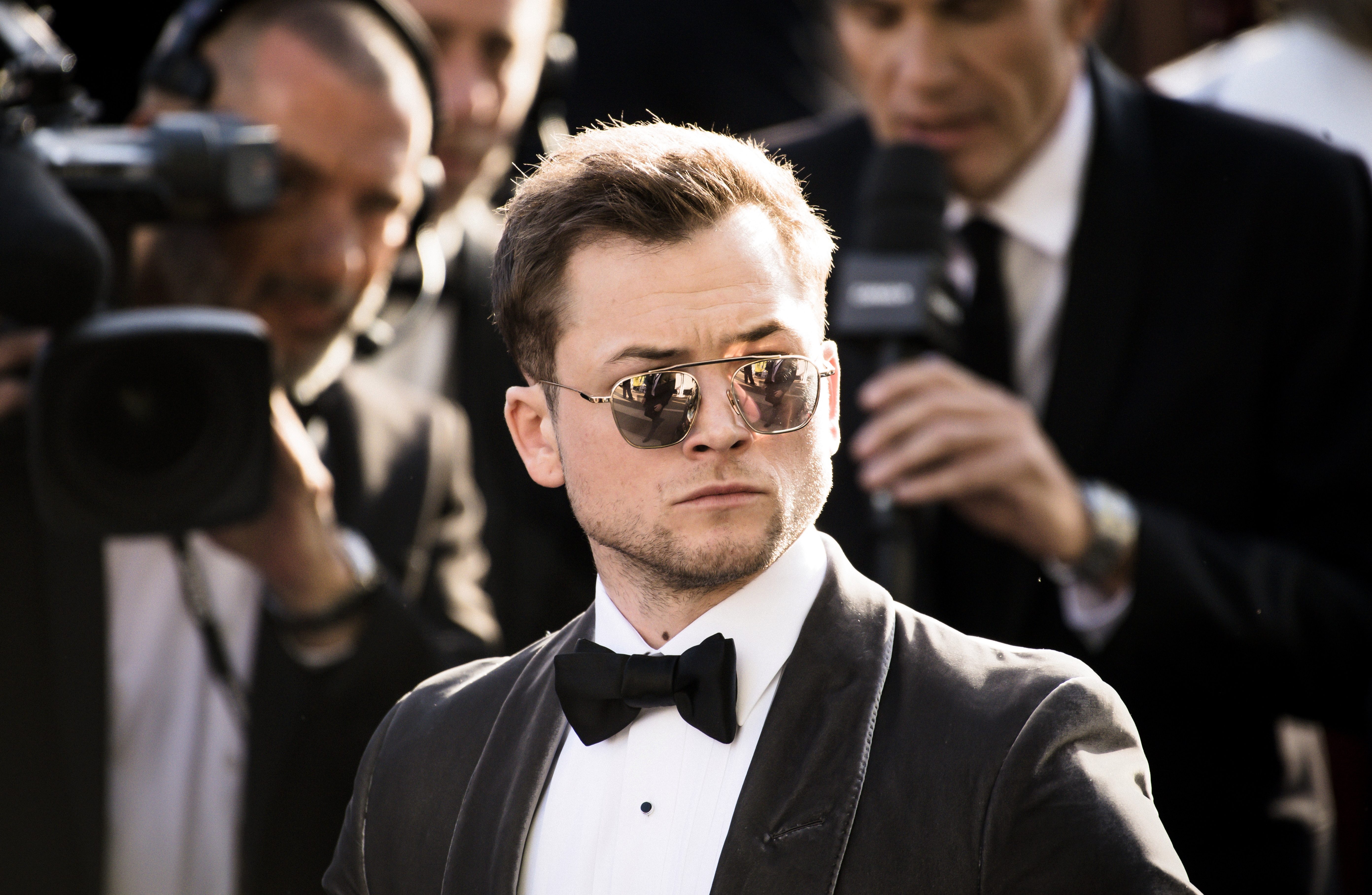 So far, Taron has avoided the temptation to relocate to Los Angeles and base himself in the centre of the movie industry.

With a flat in London, he prefers to remain in Britain — close enough to visit his family in Aberystwyth.

Auriel, from the arts centre, said: “He comes back often and performs and gives all the money to charity. One is very close to his heart.”

He is raising money in the fight against motor neurone disease after his maternal grandmother died from the illness. David said: “They were very close and he was devastated when she died.”

The far-from-starry actor is not keen on social media, will not be found falling out of nightclubs and is unnerved by over-enthusiastic fans.

Taron definitely does not want to be as famous as Elton.

Uncomfortable with all of the attention, there is one woman he knows he can turn to.

He said: “When I have troubles in my life, I call my mum. She is rational, sane, functional, normal and she has wisdom to impart.”

With Rocketman sure to change his life, he’s going to need her more than ever.