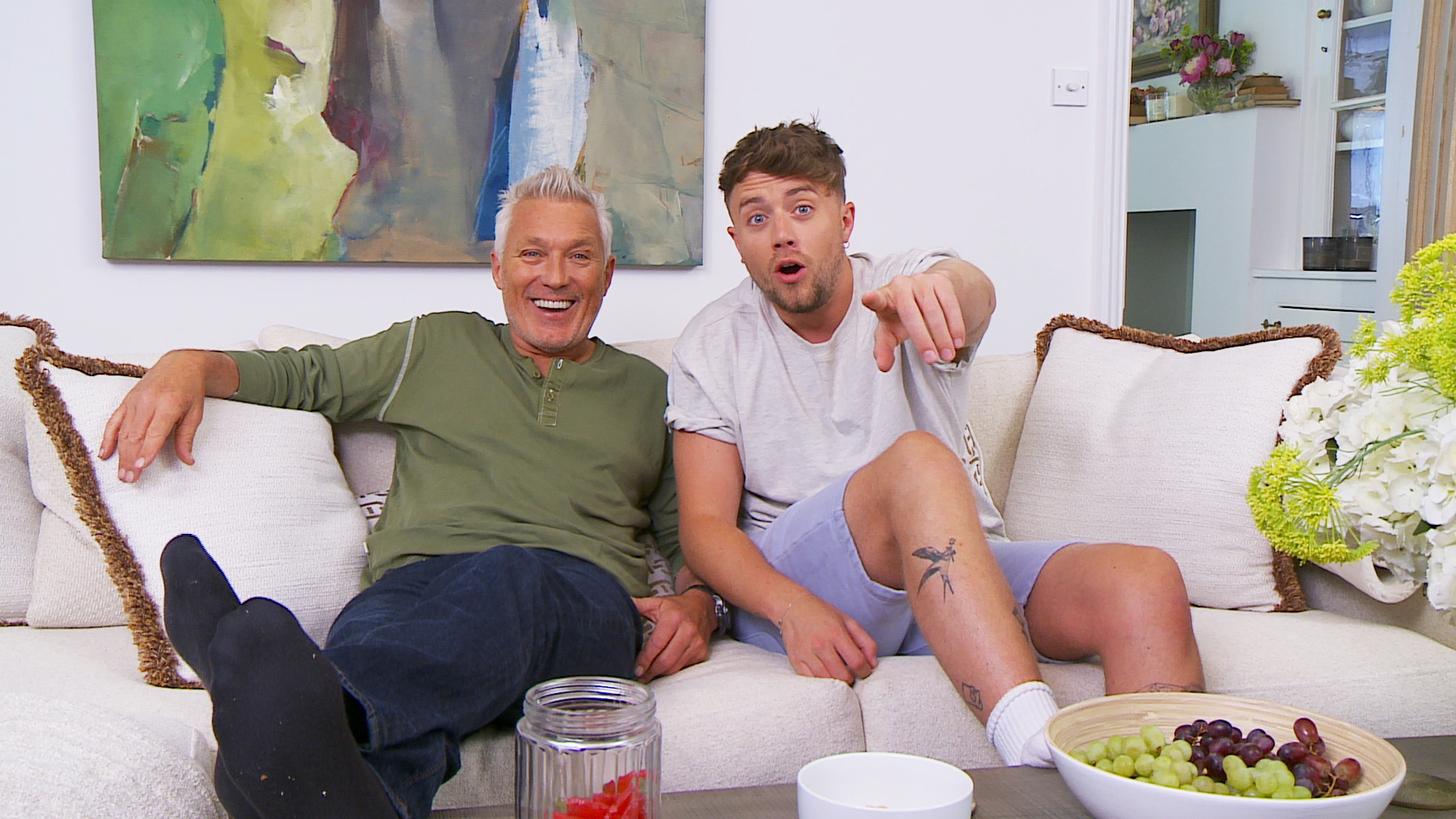 Roman Kemp stormed off Celebrity Gogglebox after his dad and co-star Martin shared a rather intimate detail, which Roman branded ‘disgusting’.

The pair were sharing the sofa as they watched new Netflix programme How To Build A Sex Room, but their segment descended into disaster when Martin revealed a little too much…

Watching a clip from the series, Martin commented on the couples in the series who request a room in the house to transform into their sex room, saying: ‘I don’t want a room that’s just dedicated to sex.

‘Why can’t you have sex everywhere?’

Martin tried to redeem himself: ‘No we do, everywhere around the house.

Viewers were in hysterics at the scene, with one writing: ‘I love how Martin Kemp keeps traumatising Roman with facts about his sex life.’

Another penned: ‘Love @romankemp reaction to his dad saying we have sex everywhere,’ while a third added: ‘No one wants to hear that from their dad.’

Elsewhere, Carol Vorderman and Gyles Brandreth watched the How To Build A Sex Room clips with a few questions… the raunchiest coming from Carol as she asked Gyles about his sex life.

‘Have you ever tried the rough sex?’ Carol inquired, to which Gyles replied: ‘No, to be honest, I have never tried rough sex.’

Celebrity Gogglebox is available to watch on All4.