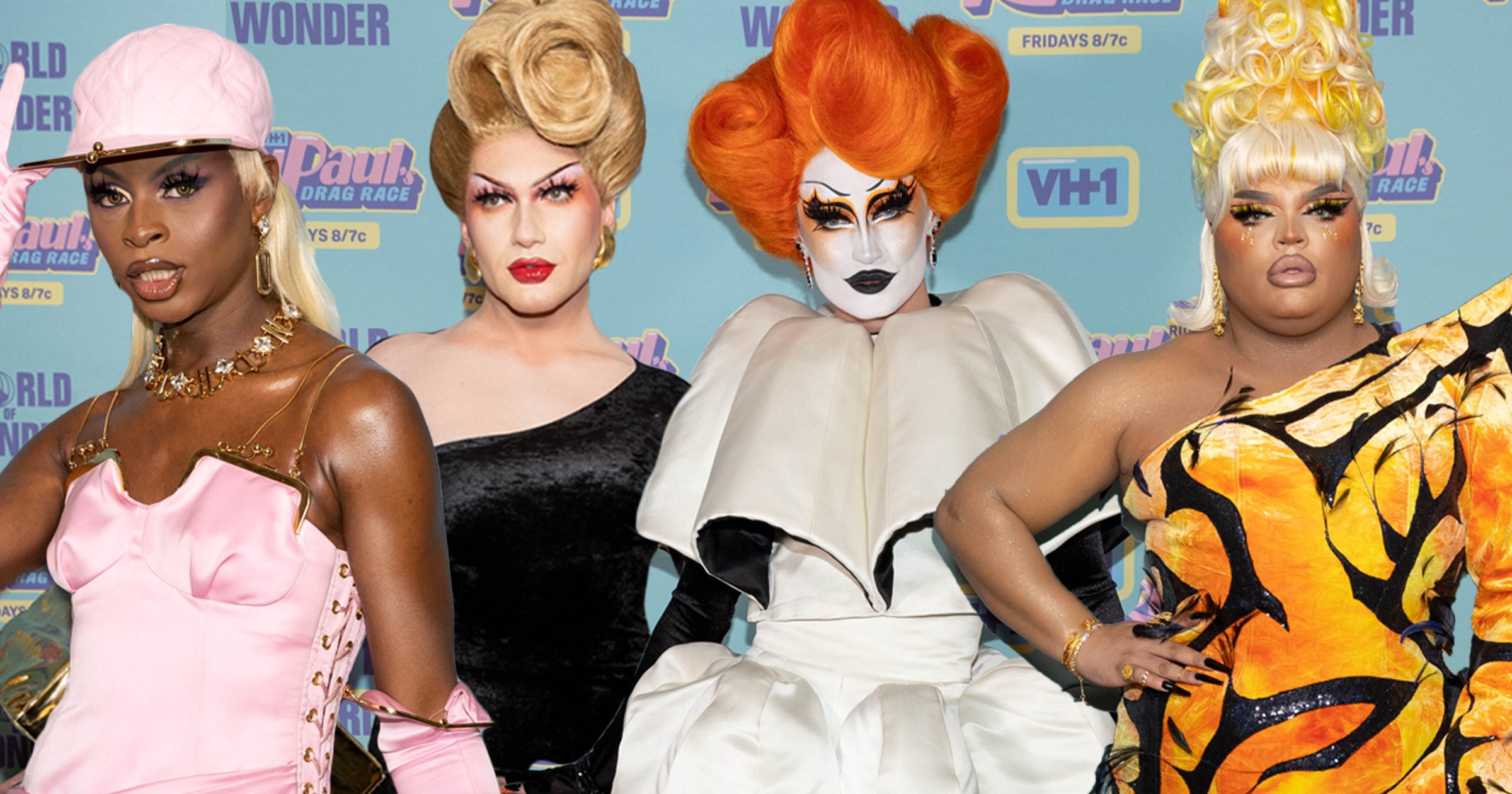 Symone has been crowned the winner of RuPaul’s Drag Race season 13.

Symone’s win came after beating Gottmik in the lip sync smackdown, following an amazing reveal where she stripped off a black wig and tracksuit to expose a Timberland-inspired lace-up bikini and a blonde wig.

This was enough to get her into the final lip sync against Kandy, where they both performed Till The World Ends in the hopes of being told ‘shantay, you stay’.

While Kandy put up a fight and introduced the Dominican flag to show her pride of her heritage, the crown popping out of Symone’s hairpiece was too good to beat, and Ru gave her another crown and sceptre.

She said: ‘Well, I told y’all not to let the smooth taste fool you’, before prancing like only Symone can.

The Ebony Enchantress later tweeted: ‘So…I just won RuPaul’s Drag Race s13!!! I have no words! I love every single one of y’all from the bottom of my heart! Thank you to my family, my house, my friends! It has been the most magical ride of my life and it is my honor to be your reigning queen!’

‘I was not expecting this, I am a nice girl!’ Lala said via video link.

Meanwhile, sponsors Olay Body also gave every season 13 queen a $2,000 (£1,770) tip for entertaining the world during these difficult times.

The episode began with three runways in quick succession – black and white, red all over, and grand finale eleganza extravaganza – before all four queens competed in a lip-sync smackdown.

Symone and Gottmik were then given Gimme More to perform to, with Symone coming out on top and making it into the final with Kandy.

Our top four just kicked off the Grand Finale with a BALL! ð«

Whose trio of fashions were your fave? â¨ #DragRace pic.twitter.com/tbfjDq7hRu

The US finales are usually held in a packed venue with a live audience, and after the season 12 finale was forced to be held over Zoom last year, producers ensured that the event went ahead this year.

The final was held at the Theatre at the Ace Hotel in Los Angeles, with RuPaul and the queens performing on stage.

However, to ensure safety restrictions were being adhered to, the live audience watched from a Drag Race drive-in, with reigning champion Jaida Essence Hall reporting from the socially distanced event.

The eliminated queens from the rest of the season didn’t appear in person, but appeared over video link for the Miss Congeniality ceremony.

RuPaul announced that the theme of the night was friendship, and the finalists marked 40 years since the first recorded case of Aids by lip-syncing to Bette Midler’s Friends.

There was also an in memoriam segment honouring season eight queen Chi Chi DeVayne, who died in August 2020 aged 34.

RuPaul’s Drag Race season 13 is available to stream on Netflix.