Last year saw Big Brother and its celebrity spin-off dropped from Channel 5, while Love Island went from strength to strength for ITV2.

Love Island 2019 launched last night to record numbers – 3.25million in total and a share of 16.4% of all television viewers.

But one person not tuning in was Rylan Clark-Neal, former host of Big Brother’s Bit on the Side.

He told his 1.5million followers: “Is it bad I still can’t do it? Love Island… Big Brother #LoyalBabes.”

“Is it bad I still can’t do it? Love Island… Big Brother”

And it seems Rylan really does want to watch the show, as he’s come up with a solution.

He responded to ITV2: “Surely you could just buy Big Brother, put it on later in the year and then I’ll be able to watch both. Thanks.”

His reply got a lot of attention from Big Brother fans, with many responding with hope that it could end up on ITV2. 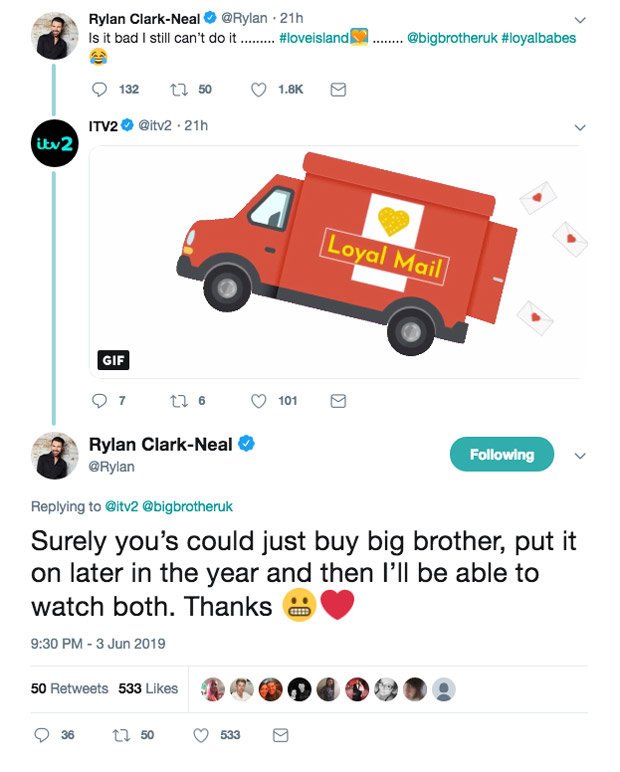 One said: “Make it happen ITV2 #SaveBBUK,” while another added: “OMG this is an amazing idea.”

Last night’s Love Island got off to a good start, with the first couples being revealed.

There was a twist, of course, though, with Tommy Fury and Curtis Pritchard arriving late and having their pick of the girls. 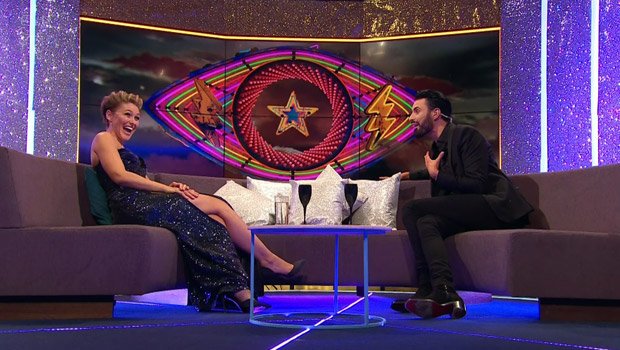 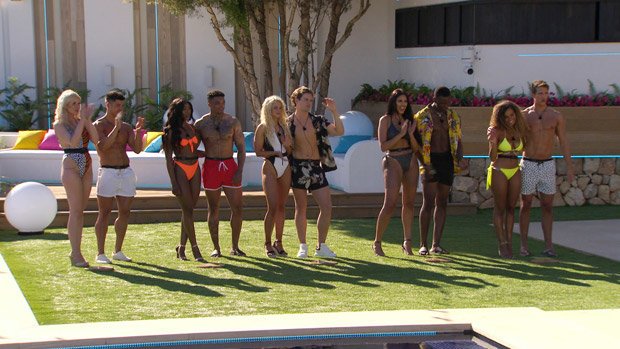 Viewers will have to wait to see how they shake things up – but it might not be the lads causing the fireworks.