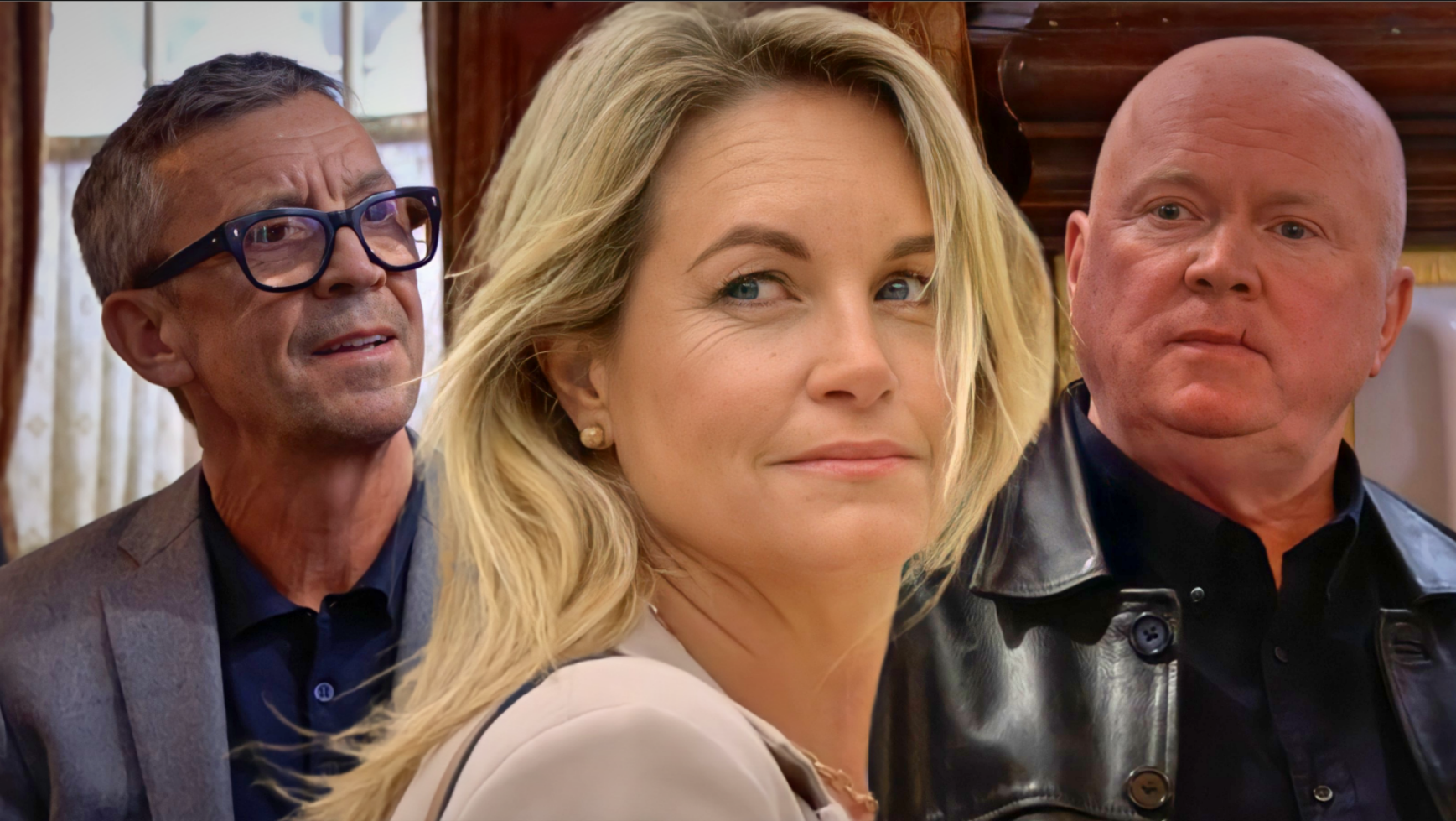 Sam Mitchell (Kim Medcalf) has proven yet again in EastEnders that she’s not to be underestimated, aligning herself with Phil’s (Steve McFadden) nemesis Jonah Tyler (Mark Mooney).

The bar manager, as viewers know, is on a mission to prove to everyone that she’s just as much a Mitchell as the other members of her family.

With Phil behind bars, she cleverly orchestrated a plan to obtain ownership of the wine bar, and even staged a siege, which she later blamed on Jonah.

Kat Slater (Jessie Wallace) was left terrified for her and her kids’ lives, and thus almost agreed to sign the club over to Jonah, unaware that she would, in fact, be signing it over to Sam instead.

Phil’s impromptu return, however, complicated matters for Sam, as the hard-man was on the warpath, believing that nemesis Jonah had been terrorising his family, and thus he set about getting revenge.

Tuesday’s (July 12) edition of the BBC One soap saw Sam think on her feet, as she made contact with Jonah before Phil was able to, hoping to speak to him about a proposition she had.

Jonah subsequently met with Phil in the Queen Vic, and in tense scenes, he didn’t deny all the appalling acts he was accused of, evidently having taken Sam up on her offer.

Following the showdown in the boozer, Jonah spoke to Sam in private, revealing that he very much wants to be a part of her plan to destroy Phil, and thus he’ll keep shtum about what she’s been up to.

The gangster, however, thew a last minute curveball, telling Sam that his men will be dealing drugs in Peggy’s whether she likes it or not, and if she even thinks about double-crossing him then she’s dead!

Phil, meanwhile, headed out to get a takeaway, following his reunion with Kat. He told Sam that the Mitchell clan is stronger than ever, as he strutted across the Square with a grin on his face.

If only he knew what his little sister has in store for him!

EastEnders continues Wednesday July 13 at 7pm on BBC One, or stream the next episode on BBC iPlayer right now.