Scrapping Batgirl but keeping The Flash reeks of double standards 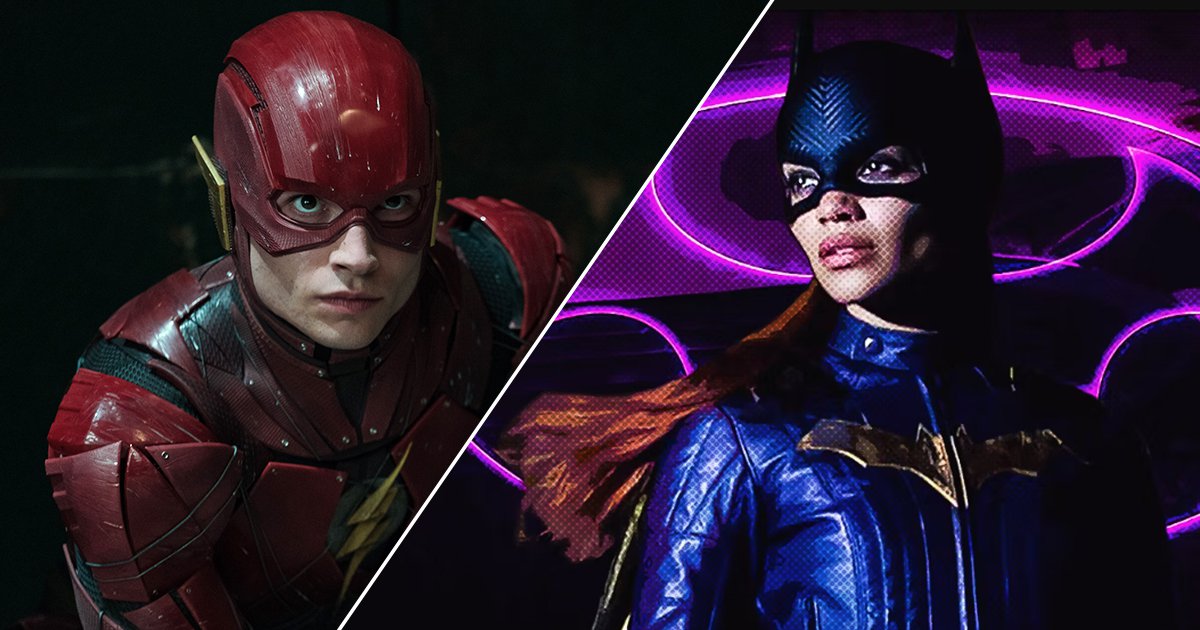 DC fans have had a lot to wrap their heads around in the last 24 hours, after news emerged that Warner Bros is completely scrapping Batgirl – yes, a film they have almost entirely made at a reported cost of around $90million.

Starring In The Heights actress Leslie Grace as the heroine, alongside JK Simmons, Brendan Fraser as villain The Firefly and Michael Keaton in an exciting return to his Batman role, this is hardly a small-fry movie.

Not only is this decision quite frankly baffling (have they not heard of reshoots?) but it also smacks of uncomfortable double standards, seeing as the company is still keen to release The Flash next year, despite the multiple accusations that have been laid at the door of its star, Ezra Miller, in recent months.

A re-cap of all the facts as we know them, so far: The New York Post was the first to break the news, alleging that Batgirl, which was in post-production, had been canned due to its poor performance in test screenings, with a source calling it ‘irredeemable’ and ‘unspeakable’ – yikes. But surely not unsolvable?

The film had been destined for an HBO Max release later this year, as a tentpole title for the streaming platform, although there had also been whispers of a possible theatrical run too. Now both of those things are not to be.

As people began reacting to the shocking turn of events – Hollywood rarely just abandons a film entirely – several media outlets pointed out that the sudden move followed a recent change in leadership at the studio, notably the arrival of Warner Bros Discovery CEO David Zaslav, after the companies’ merger in April.

He is said to be focusing on cutting costs where possible and prioritising theatrical films as opposed to movies that are created solely for streaming audiences, which was what former WarnerMedia CEO Jason Kilar had leaned in to. Batgirl’s sealing in the vault is also said to be a strategic move to cut the company’s tax liability.

A Warner Bros spokesperson released a statement, confirming and explaining the decision to shelve Batgirl.

It read: ‘The decision to not release Batgirl reflects our leadership’s strategic shift as it relates to the DC universe and HBO Max. Leslie Grace is an incredibly talented actor and this decision is not a reflection of her performance.

‘We are incredibly grateful to the filmmakers of Batgirl and Scoob! Holiday Haunt and their respective casts and we hope to collaborate with everyone again in the near future.’

So that seems to be that, as far as the company is concerned (and for the animated Scooby Doo film too, also scrapped, which had a reported budget of $40m (£32.8m)). However, fans have been left reeling as they grapple with the fact that this bombshell decision just seems monumentally wasteful – and heartless.

Batgirl had an estimated budget of $80m (£66m), which rose to $90m (£73m) due to Covid-19 protocols. That is a big chunk of change, whatever way you look at it, and until now the production had seemed relatively smooth and drama-free.

We’d been treated to pictures of Grace in her costume at the top of this year, as well as pictures from the Glasgow shoot. Fans were excited to see how directors Adil El Arbi and Bilall Fallah would handle Barbara Gordon’s story.

It only added to the anticipation that Mummy star Fraser would appear, as he launches a screen comeback, as well as Oscar-winner Simmons. Batgirl was also the first look at Keaton’s return to the franchise, 30 years after he starred in 1992’s Batman Returns for Tim Burton, with the actor then scheduled to then pop up in The Flash too.

This brings us to the other major issue for fans as, in stark contrast, Warner Bros has had a lot on its plate with Flash actor Ezra Miller, who has previously appeared in Batman v Superman: Dawn of Justice and Justice League.

The beloved superhero character – who also has his own TV show, where he’s portrayed by Grant Gustin – is finally set to have his moment in the sun with 2023 The Flash.

However, Miller has this year been arrested for several instances of violence and disorderly conduct while in Hawaii, being released after paying their $500 bail (£380). More recently, the actor has faced allegations of grooming a child from the age of 12 and has been accused of hosting a woman and three young children at their farm in an ‘unsafe environment.’

It has also since been alleged that they harassed a woman in her own home after they apparently refused to leave her apartment following an argument about them smoking indoors.

Following these reports, fans have started calling for Miller to be replaced in the role, with Gustin and Elliot Page popular suggestions.

Despite that, the actor – who has not commented on their legal troubles – is understood to still be appearing in the 2023 flick, with the film still all systems go – although it’s been reported that Miller will be dropped from the DC Universe afterwards.

It just seems appallingly unfair to sack off any film entirely, wasting so much hard work, creativity and money – and especially when there’s a problematic one waiting in the wings, on which executives seem keen to push forward.

It’s a slap in the face to everyone who worked on Batgirl.

Miller appeared among the cast earlier this year in Fantastic Beasts: The Secrets of Dumbledore, alongside Johnny Depp’s replacement as Gellert Grindelwald, Mads Mikkelsen, shortly after reports began on his behaviour.

Another Warner Bros film, the studio had requested Depp resigned from his role in the upcoming movie after his legal troubles with ex-wife Amber Heard, which saw him lose a libel case in the UK he brought against The Sun newspaper for calling him ‘a wife beater’.

He has since won his US defamation case against Heard, following her 2018 Washington Post piece in which she identified herself as a victim of sexual violence.

A push to resign doesn’t appear to be how the studio wants to handle Miller’s issues though, so apparently keen are they to keep The Flash as they balance their books and focus on profitability that they would write off Batgirl.

Let’s face it too, it’s also awkward that the studio is seen to prioritise a male superhero over a female one, on top of all of actor Miller’s – who identifies as non-binary – alleged behaviour.

The sad demise of this movie is just a depressing reminder that Hollywood is a brutal business that yes, brings us beautiful cinema and enjoyable entertainment, but at the end of the day is built on commodifying content.

Batgirl v The Flash is a financial and practical decision first and foremost, fans would do well to remember.

However, Hollywood would do well to remember that these sorts of cold, calculating decisions turn off fans in the long run – and it’s those bums on seats or hands in wallets that the film industry needs to survive.

Metro.co.uk has contacted Warner Bros and reps for Ezra Miller for comment.