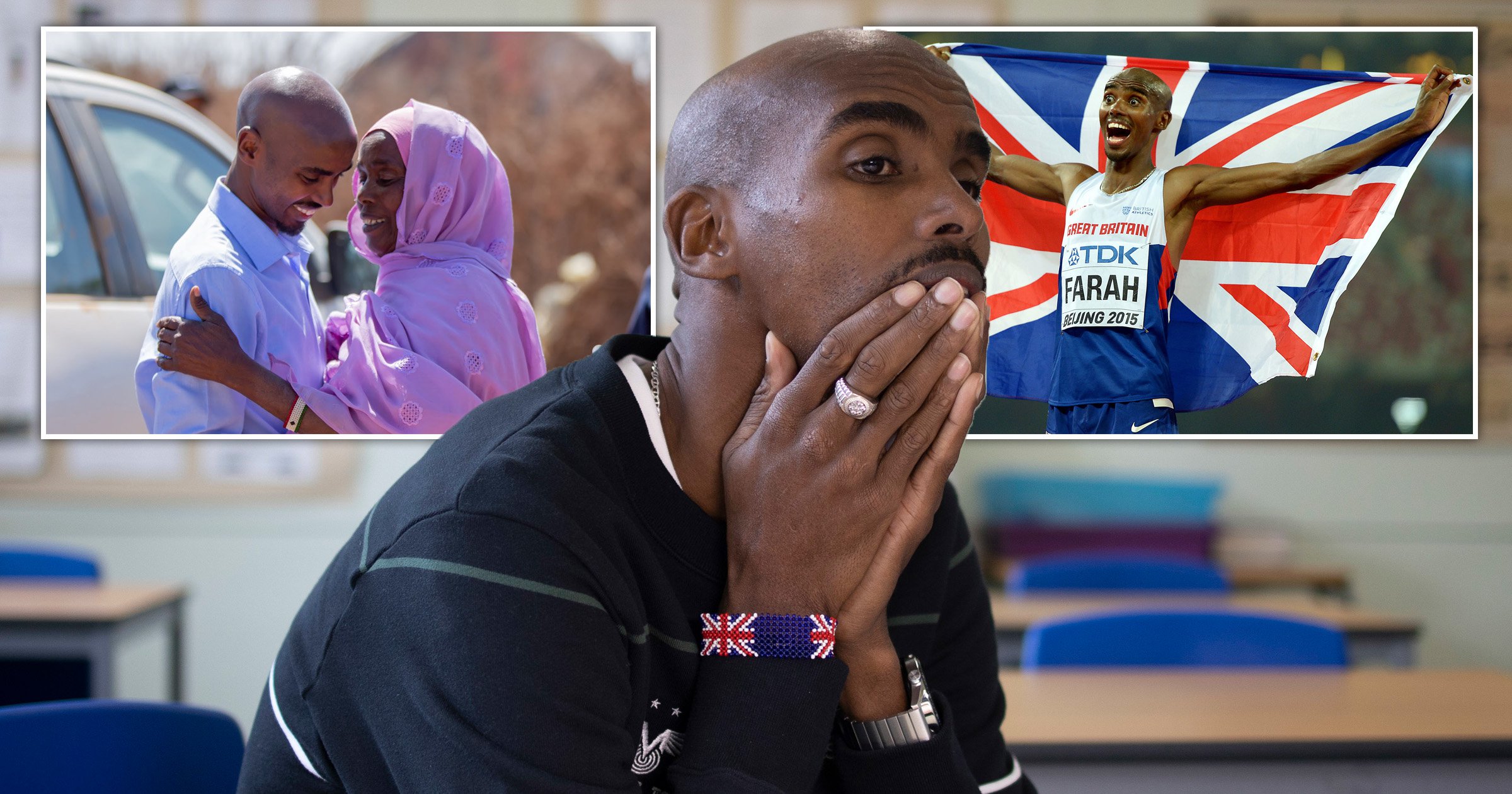 Sir Mo Farah has revealed he was brought to the UK illegally under the name of another child, as he opens up about the truth of his childhood.

The four-time Olympic champion said he is ready to tell the truth ‘whatever the cost’ in his new BBC documentary, The Real Mo Farah, adding: ‘The truth is I’m not who you think I am.’

‘Most people know me as Mo Farah but it’s not my name or it’s not the reality,’ he said.

‘The real story is I was born in Somaliland, north of Somalia, as Hussein Abdi Kahin. Despite what I’ve said in the past, my parents never lived in the UK.

‘When I was four my dad was killed in the civil war, as a family we were torn apart.

‘I was separated from my mother, and I was brought into the UK illegally under the name of another child called Mohamed Farah.’

Sir Mo, who became the first British track and field athlete to win four Olympic gold medals, said his children have motivated him to be truthful about his past.

‘Family means everything to me and you know, as a parent, you always teach your kids to be honest, but I feel like I’ve always had that private thing where I could never be me and tell what’s really happened,’ he said.

“I’ve been keeping it for so long, it’s been difficult because you don’t want to face it and often my kids ask questions, “Dad, how come this?” And you’ve always got an answer for everything, but you haven’t got an answer for that.

‘That’s the main reason in telling my story because I want to feel normal and… don’t feel like you’re holding on to something.’

Sir Mo’s wife Tania Nell said in the year leading up to their 2010 wedding she realised ‘there was lots of missing pieces to his story’ but she eventually ‘wore him down with the questioning’ and he told the truth.

The Olympian said he thought he was going to Europe to live with relatives and went through a passport check at the age of nine under the name Mohamed.

‘I had all the contact details for my relative and once we got to her house, the lady took it off me and right in front of me ripped them up and put it in the bin and at that moment I knew I was in trouble,’ he recalled.

During the documentary, he visits his childhood home in Hounslow, but it holds difficult memories for him.

‘If I wanted food in my mouth my job was to look after those kids, shower them, cook for them, clean for them, and she said, “If you ever want to see your family again, don’t say anything. If you say anything, they will take you away.”

‘So she told you don’t talk about anything otherwise I was in big trouble and I guess for me the only things that I could do, in my control was to run away from this was get out and run,’ he said.

Sir Mo eventually opened up to his PE teacher, Alan Watkinson, and he moved in with his friend’s mum Kinsi, who ‘took great care’ of him.

Alan applied for Sir Mo’s British citizenship and he received his citizenship on July 25, 2000, when he was 17.

Sir Mo went on: ‘I often think about the other Mohamed Farah, the boy whose place I took on that plane and I really hope he’s OK.

‘Wherever he is, I carry his name and that could cause problems now for me and my family.

‘The important thing is for me to just be able to look this is what’s happened and just being honest, really.’

In an astonishing moment in the documentary, Sir Mo meets up with the real Mohamed Farah, whose identity he took when he came to the UK.

He said it was a ‘relief’ to speak to his namesake.

The documentary also sees Sir Mo being told by a barrister that, although he came into the country as a small child and told the authorities the truth, there is a ‘real risk’ his British nationality could be taken away.

It is understood the Home Office will not be taking any action against Sir Mo and he will not be deprived of his citizenship.

The department’s guidance makes clear it assumes a child is not complicit in gaining citizenship by deception, stating: ‘If the person was a child at the time the fraud, false representation or concealment of material fact was perpetrated (that led to citizenship), the caseworker should assume that they were not complicit in any deception by their parent or guardian.’

The Real Mo Farah will air at 6am on BBC iPlayer and 9pm on BBC One on July 13.