SLIPMATT is lining up for an unmissable back 2 back set with Eats Everything in London tonight.

The legendary DJ and one half of hugely influential rave act SL2, was invited by Eats Everything to join him as he presents A History Of Rave at fabric in London, underlining the respect out there for one of electronic music’s most influential artists.

This set coincides with the 30th anniversary of SL2’s rave hit On A Ragga Tip. The seminal track hit No 2 in the UK national charts for three weeks, and remained in the top 10 for eight weeks in the spring of ’92. The track holds a special place in rave history.

Slipmatt was one of the most sought after and influential DJs in the rave scene as it exploded in the UK in the early 90’s. As one half of SL2 he crossed the sound into the charts with tracks such as Way In My Brain and On A Ragga Tip. His DJ sets at classic raves such as Raindance, Helter Skelter, Energy, Slammin’ Vinyl and many more are still regarded as key moments in dance music history.

Matt remains as busy and relevant as ever. Although proud of his rave history, he’s been producing and DJing in other genres for many years – house, tech house and his own sound which gives a nod to the past, a genre he has coined rave house. 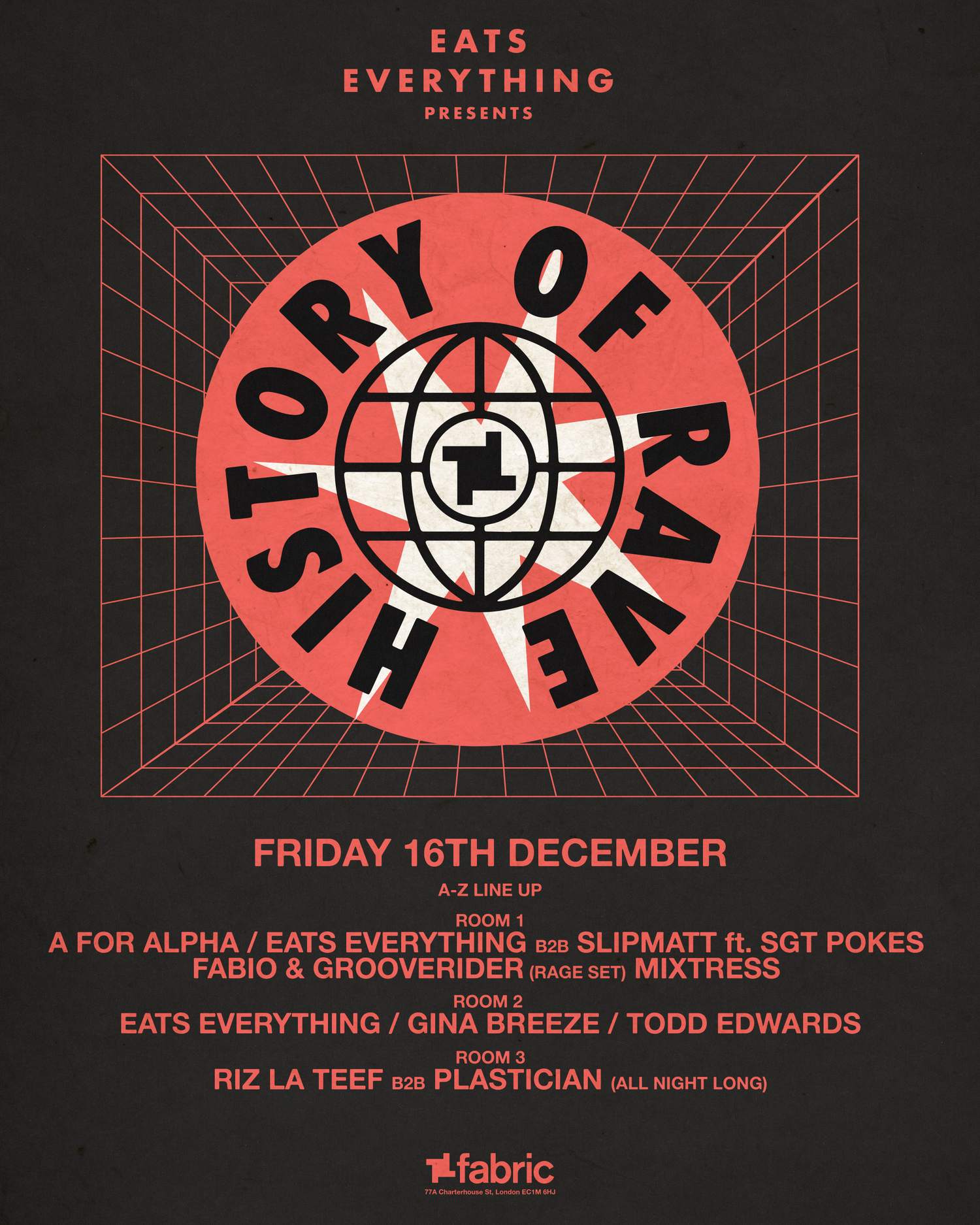 His radio show Slip’s House took no1 and no2 positions on the Mixcloud Tech House charts last month, ahead of the likes of Adam Beyer and Eats Everything. He played 11 gigs last month and his diary for 2023 is already filling up but he also still finds time for the studio.

Current big releases include It's Only Love with Sol Brothers and Chelsea Singh and The Song with Dope Ammo.

With the sounds of rave finding their way into contemporary dance music and the likes of Eats Everything giving a new generation a chance to deliver into the History Of Rave, Slipmatt is sure to remain one of the most important names in the evolution of dance music.

We caught up with him this week and he's put together a playlist of some of the more contemporary sounds in his repertoire. Listen and read what he had to say about the music below. Tickets for Eats Everything B2B Slipmatt at Eats Everything Presents History Of Rave at fabric tonight are available HERE.

The biggest brand new tune for me at the moment that really excites me. It’s as raunchy as anything, but it’s the mad twisted rhythm percussion that does it for me. Not even sure what the sound is but it’s so damn catchy… I’ve worked with James Hurr a couple of times this year and he’s an absolute master in the studio – this one MUST be in the bag!

The latest track from myself, so it’s definitely with me at all times. Had great fun in the studio with Chelsea and Andrew Galea of Sol Brothers. Both absolute nutcases and bundles of fun. Took us a while to get this sounding right but it’s a grower and has been a huge crowd pleaser for my sets.

Bessey has been sending me his promos exclusively for over a year now and my god is this young lad talented. Just 18 years old (maybe 19 now) and raw to the core. He is already creating some magical moments in his music – a true rising star and one to watch out for.

Now and then something on a different tip or created in a slightly different way pops up and bites me. This is one of those tunes – I just can’t get enough of it. Thank you Skiitour!

Riva Starr & Todd Terry – This Is the Sound (Extended)

Having been Todd Terry’s biggest fan back in 88-89 this tune puts the biggest smile on my face. Chuggy, rustic and with a big bundle of original 1988 samples in the mix like only Riva Starr and Todd The God could ever do. I can listen to this all night long.

One of my all time favourite old skool samples, originally from ‘Exodus – Forever Together’ and also sampled by Royal House in 1988 &amp; Raven Maize in 1989. This fully up to date House mix totally captures the magic of the original sample and then makes it erupt with joy with the heaviest of low frequencies to boot… Fantastic!

Friend Within has been on my radar for a few years now with some cracking House tunes in a range of styles, but this cheeky little number is extra special, especially for an Old Skool DJ like me, and will smash any dance floor – Big samples, big beats – it’s a winner.

Clarke+East must spend their whole existence in the studio. They’ve recently released their third album in just 2 years and boy they’ve made some bangers. It’s all a bit boot-leggy, but who doesn’t like a good bootleg, especially if you’re a DJ. Their theme ranges from Acid House to Hardcore Rave to the sound of 90s Club Classics, and every tune is a winner – ‘Drop That’ is a fine example and if you were around in 1991 or you like that sound, it doesn’t get much better than this.

Martin Ikin has been smashing the Tech House scene with big tunes for a fair few years. Originally from the Rave Scene in the 90s, the raver in him obviously hasn’t worn off. This track has been around for about a year now but it’s a guaranteed floor filler for me.

My good friends of over 30 years are as busy now as they’ve ever been, and a big part of that is the way they’ve always kept themselves fresh and on the button. I was so happy when I received this on promo in the spring of 2022 and it hasn’t left my main playlist since. A legendary tune with an awesome remix by the one and only Herve. It will make the hair on your arms rise and your heart fill with joy.

Tune into Slip’s House is on every Wednesday from 8pm – 10pm on Centreforce 88.3 F. Click HERE. 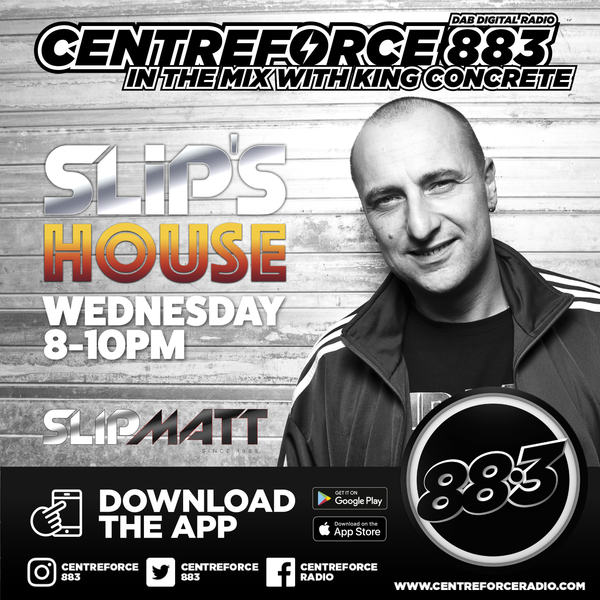