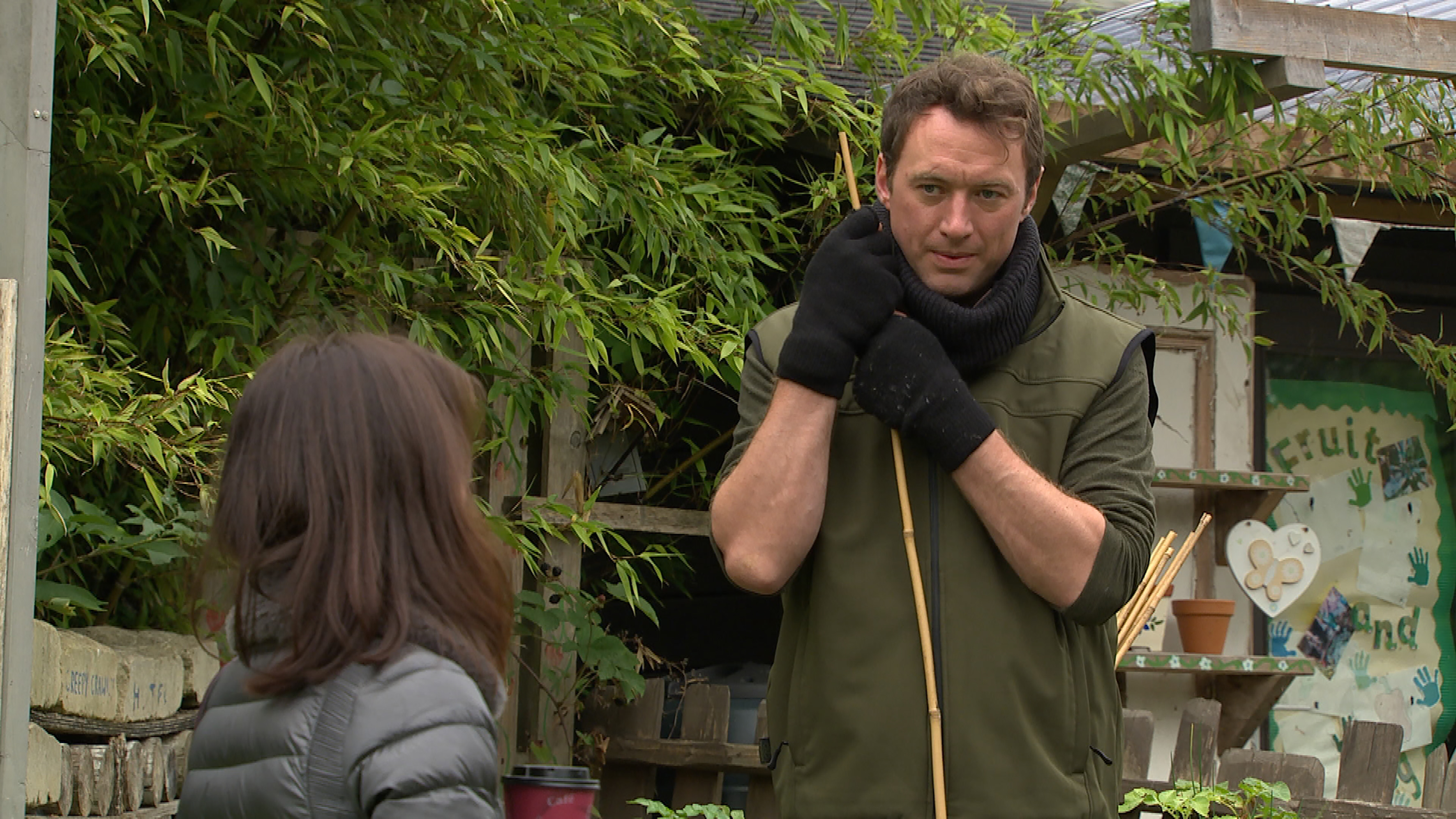 Too preachy! Not entertainment! Soaps are escapism, not documentaries! These are the general responses any time a soap dares to tackle a real world issue.

The viewers who chuck around the word woke as if it is going out of fashion have something quite acidic in their throat when a race storyline is explored or a soap represents an LGBTQ+ relationship.

So imagine their outrage when the soaps announced they were all clubbing together to create a mass message of climate change in their episodes to coincide with COP26. For those already threatened by young activist Greta Thunberg fighting for our planet not to die, seeing EastEnders and Coronation Street entering the fray must be hard to take.

Ironic really for those who brand everyone snowflakes to be so upset about changing weather.

The soaps should therefore be praised for introducing the discussion but it has to be done carefully or they risk isolating more than the usual group of moaners.

With Extinction Rebellion and Insulate Britain already causing a stir among other climate change activists who claim that those blocking motorways and gluing their faces to roads are giving the genuine cause a bad representation, the onus is also on soaps not to just be seen as fashionable by bringing up the serious topic. They need to do it properly.

And therein lies my concern. Let’s face it, the world is dying and future generations face a husk of a planet if we keep damaging it at the rate we are going.

It has been estimated that we need to reduce the damage we are doing by 40% worldwide to even get back on an even keel where the planet can start to improve.

Sir David Attenborough has been at the forefront of the warnings along with Prince Charles and teenager Greta who has constantly implored for action.

It has prompted world leaders to pledge money and aid to other countries to support climate change while much advice has been given out over what we can do as individuals to help such as reduced packaging and waste, eating less meat and looking at reducing our own fuel emissions.

But for those who are stubbornly ignoring the message, will they sit up and change their ways because Liam from Emmerdale is doing a viral dance?

Unlikely. Soaps create a platform for discussion as people can relate to characters they feel they know.

But the climate change efforts this week have been treated as quirky add on scenes, forced in away from the actual storylines so it feels like a separate part from the episode, much like videos created for donation pledges being shown in programmes such as Children In Need.

They feel completely at odds with the rest of the show and as they stick out so much rather than being part of a character’s normal dialogue within their lives and personalities.

For example, Mitch Baker has been proudly whooping his daughter Bailey for making impassioned speeches about healing the world and having meat free Mondays.

Which is great – but it is a new thing for Mitch to suddenly be climate conscious. I would support this but what needs to happen that this message and behaviour needs to form part of future dialogue. We can’t just go back to seeing Mitch tuck into kebabs or consume energy left, right and centre without consideration.

Similarly, if Peter Beale has to be so scathing towards Bailey (in scripts that really confused me about where Peter was coming from; they were making him far more dense than usual not to understand how eating meat can lead to problems with climate change), then he can’t just forget this ignorance next week.

Will we continue to see Liam’s project in Emmerdale? Will Maria continue to fight for environmental change in Coronation Street? I have my doubts and worry that these fanciful inserts are just for solidarity rather than a long term mission to raise awareness of climate change.

Another concern is the portrayal of those who aren’t knowledgeable to climate change. It’s very in character for Karen to not be at grips with it. But the fact that veganism seemed a totally new concept to her (have you got anything veganny in?) and she didn’t know that eggs came from animals is risking portraying audience members they are trying to reach as…well, thick, for want of a better word.

The main quirk of the project was the crossover aspect. Sure, it’s a fun idea to see characters in Emmerdale claim that they used to be best mates with someone who works at Holby City hospital. These are nice touches but probably should have been saved for something more fun and light hearted rather than trying to convey a topical message of importance.

Are the audience looking out for the facts and discussion around climate? Or are they focused on looking out for soap references, checking newspapers in Corrie for reference to a Doctors character or wondering which Emmerdale character might be critical of Cindy’s wasteful use of fashion?

What do we come away with? Have we remembered what Ripley in Hollyoaks has said? Or are we more bothered about the fact that the soaps all seem to now exist in one universe?

Coming away from it, it seems like a few scenes per soap is simply not enough to create any kind of nuanced discourse around climate change. And they are lending themselves to the ‘omg why is EastEnders so woke’ and ‘more virtual signalling nonsense from Corrie’ responses.

It’s hard to argue back at that kind of thing; while I disagree with the statements, I do stand by the fact that if the soaps don’t follow the messages and stances through long term then not only are they eradicating any point that they have made but they risk undermining the cause by showing that it’s only important when fashionable and can be ditched without consequence at a moment’s notice.

It’s a double edged sword taking on a project like this and for this topic more than many others, the only way it could ever work is if they go all in. From where I am watching, that doesn’t seem to be the case.

I hope to be proven as wrong as the climate change deniers out there.