SOPHIE Turner may already be married but that hasn’t stopped her whisking BFF Maisie Williams and her closest girlfriends away for (what we imagine) an incredible European hen do.

The Game of Thrones actress tied the knot with Joe Jonas in a surprise Vegas ceremony last month but they’re set to have another ceremony this summer in France. 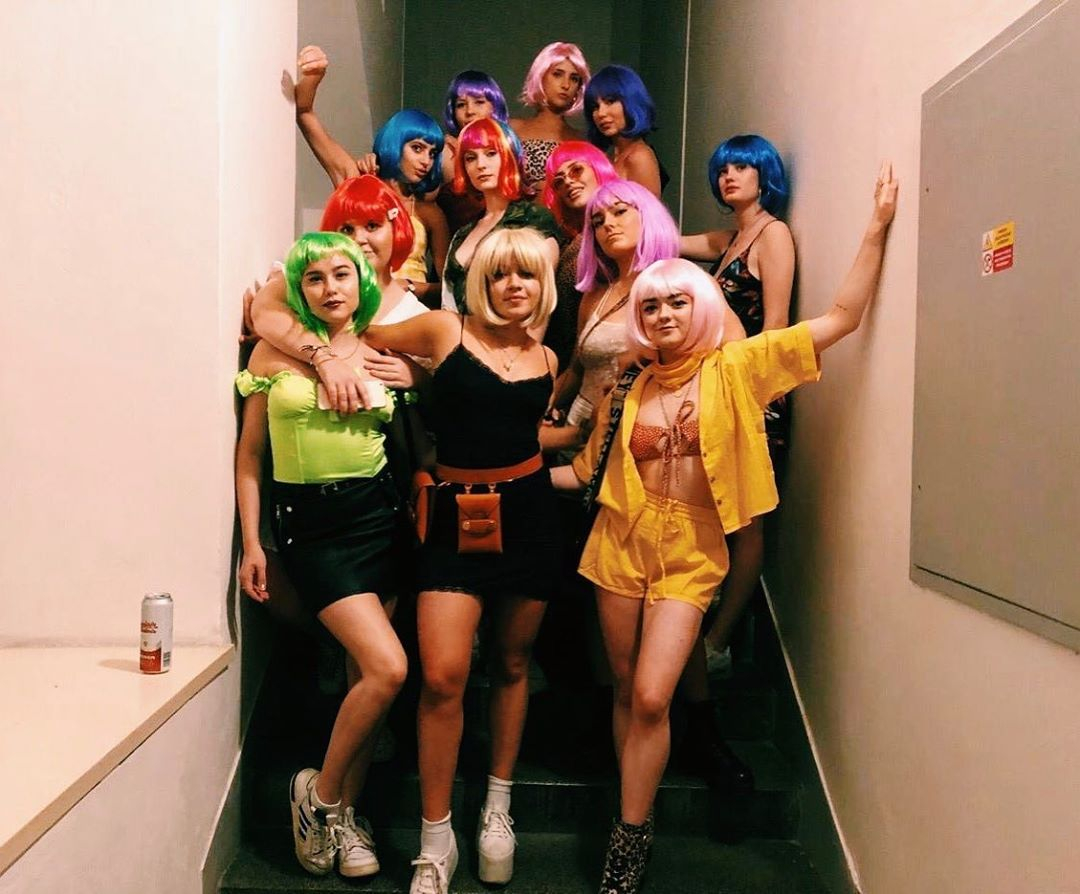 In lots of her friends’ Instagram posts, Sophie looks like she’s having a blast on the trans-Europen tour starting off with a Jonas Brothers gig in London.

Adding to the fun, the 23-year-old had Maid of Honour Maisie Williams and the rest of her squad get dressed up in a collection of rainbow wigs to paint Benidorm red.

The group seemed to be making to most of their surroundings, according to another E! insider who said they were partying around the clock.

“They are partying at night and sun tanning during the day. Everything is very coordinated with matching outfits and colorful wigs. They are going all out to make it fun for Sophie.” 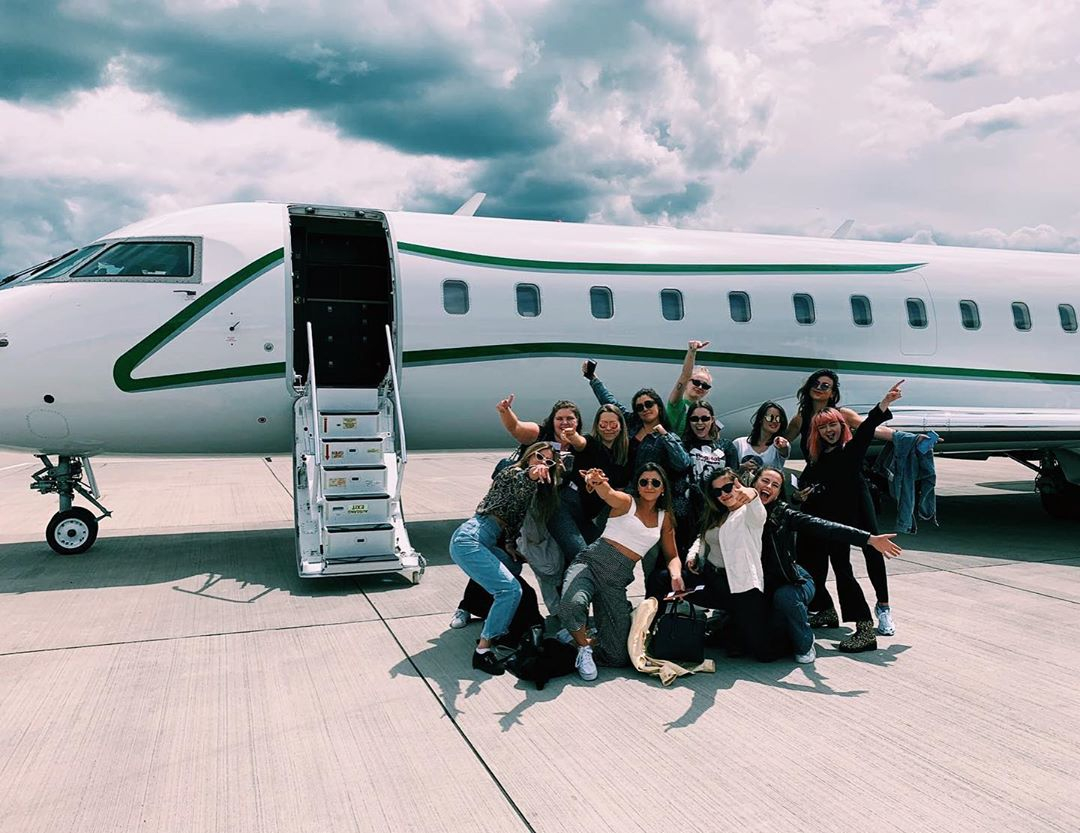 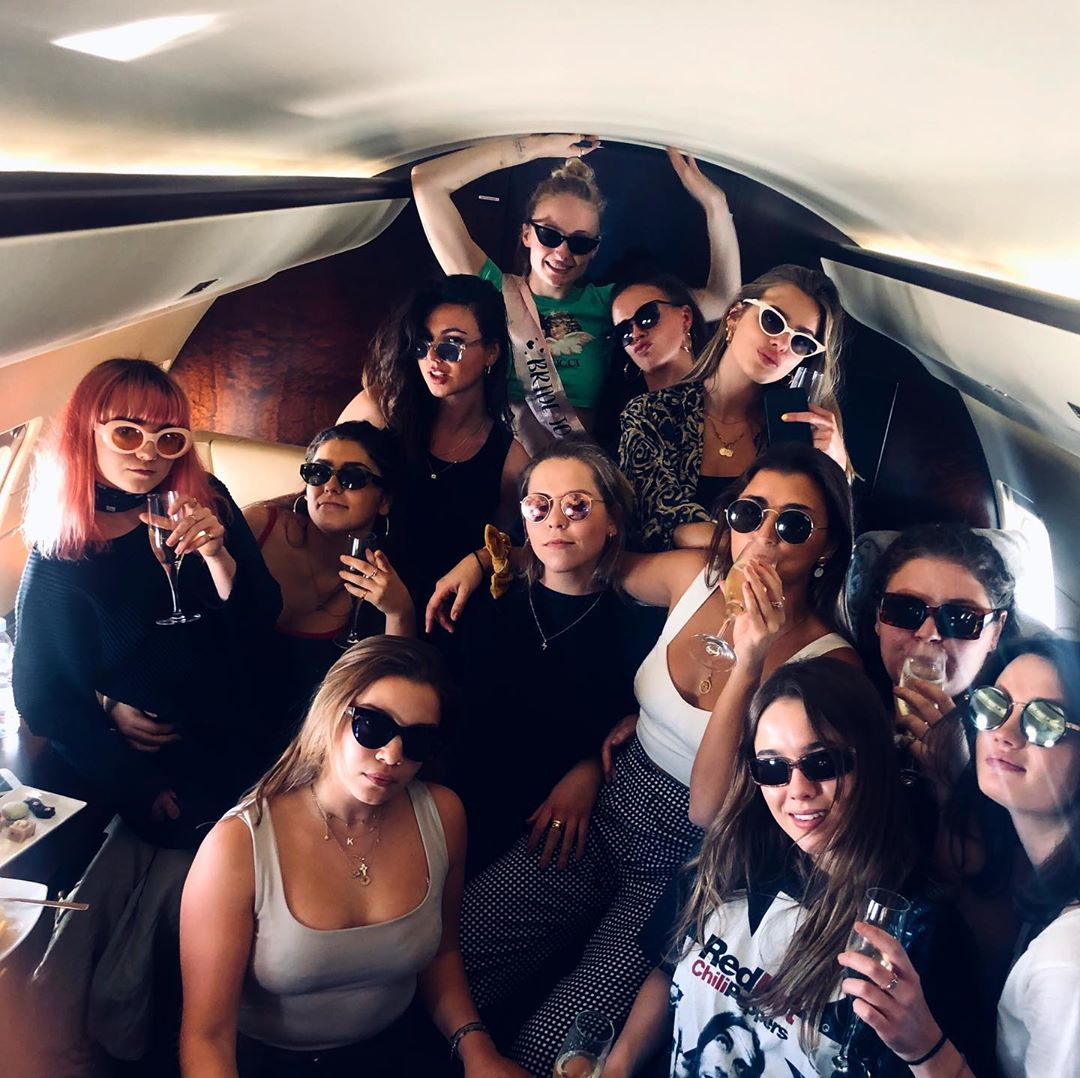 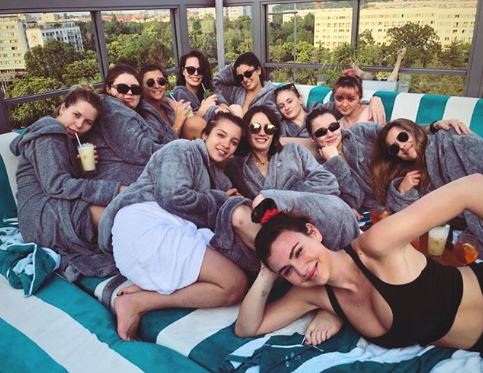 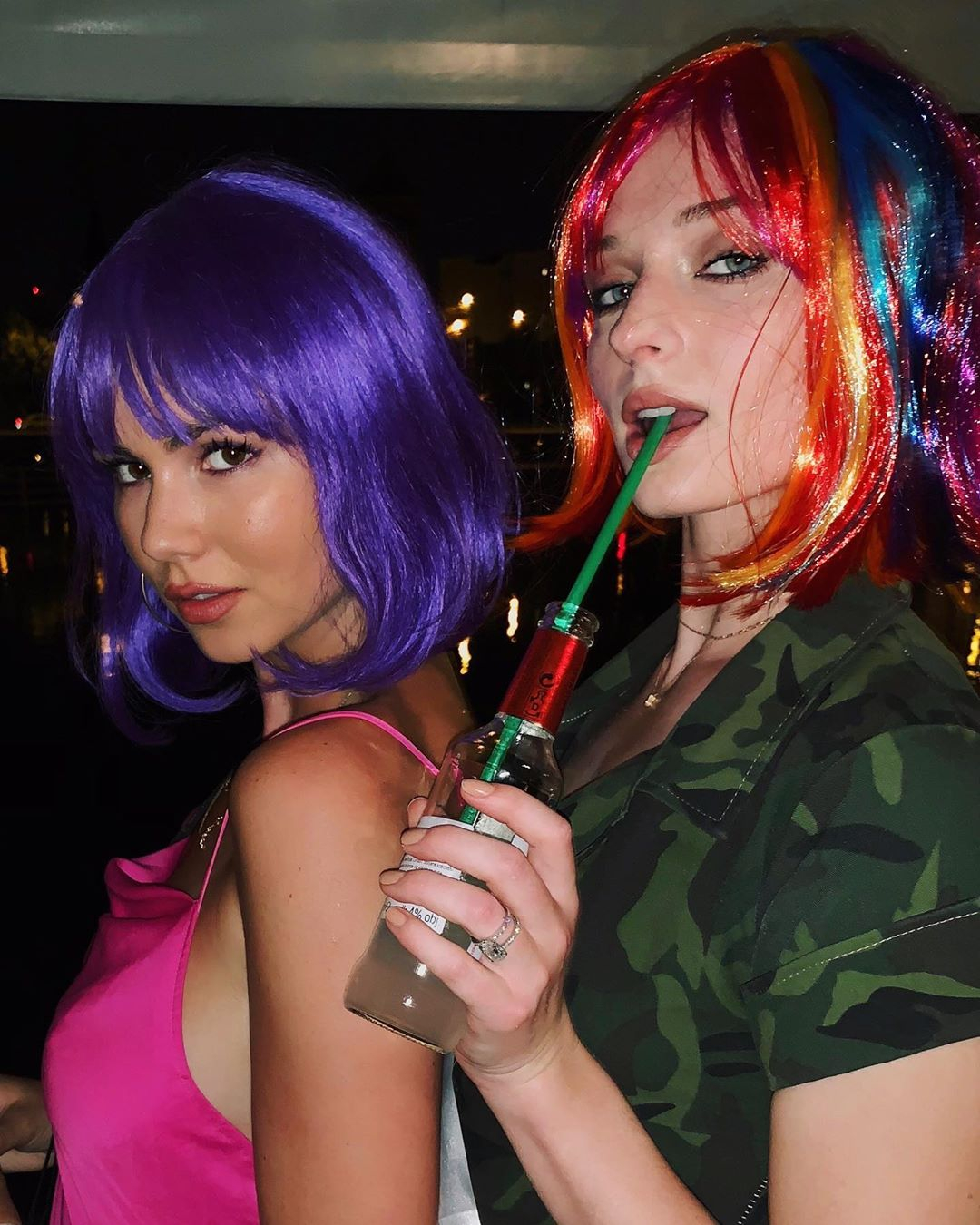 Celebrating has been an around-the-clock affair for the ladies.

“The girls have been hitting up nightclubs and dancing up a storm both in the clubs and at their hotel near the coast,” the source said.

“They spent one day recovering by the rooftop pool at the Soho House in Berlin. They all lounged in matching robes and enjoyed drinks at sunset.”

"Now they are in Prague walking around the beautiful city and admiring all the old architecture." 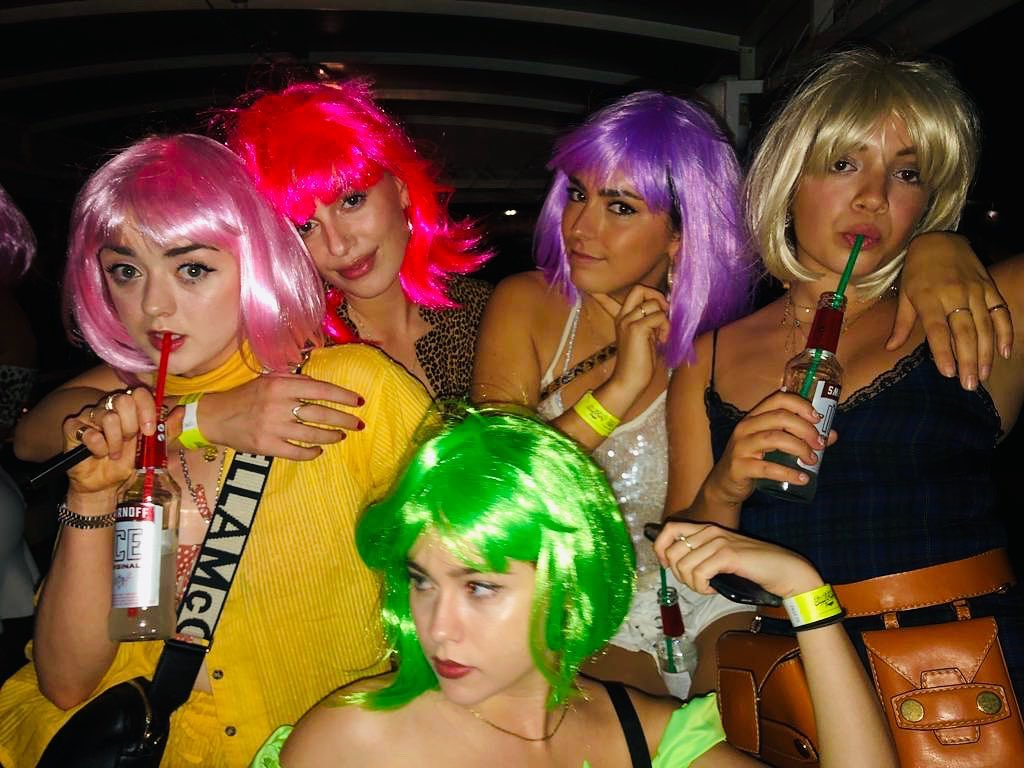 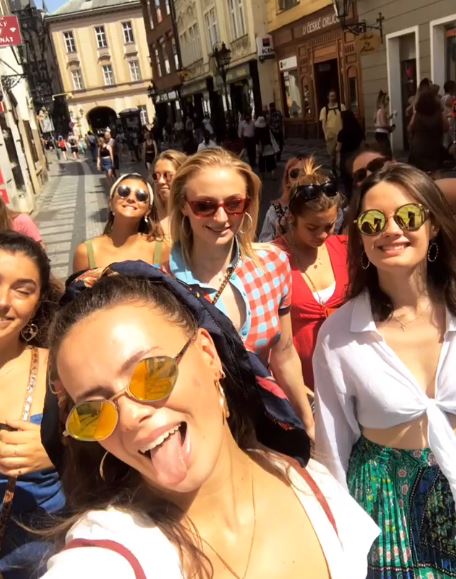 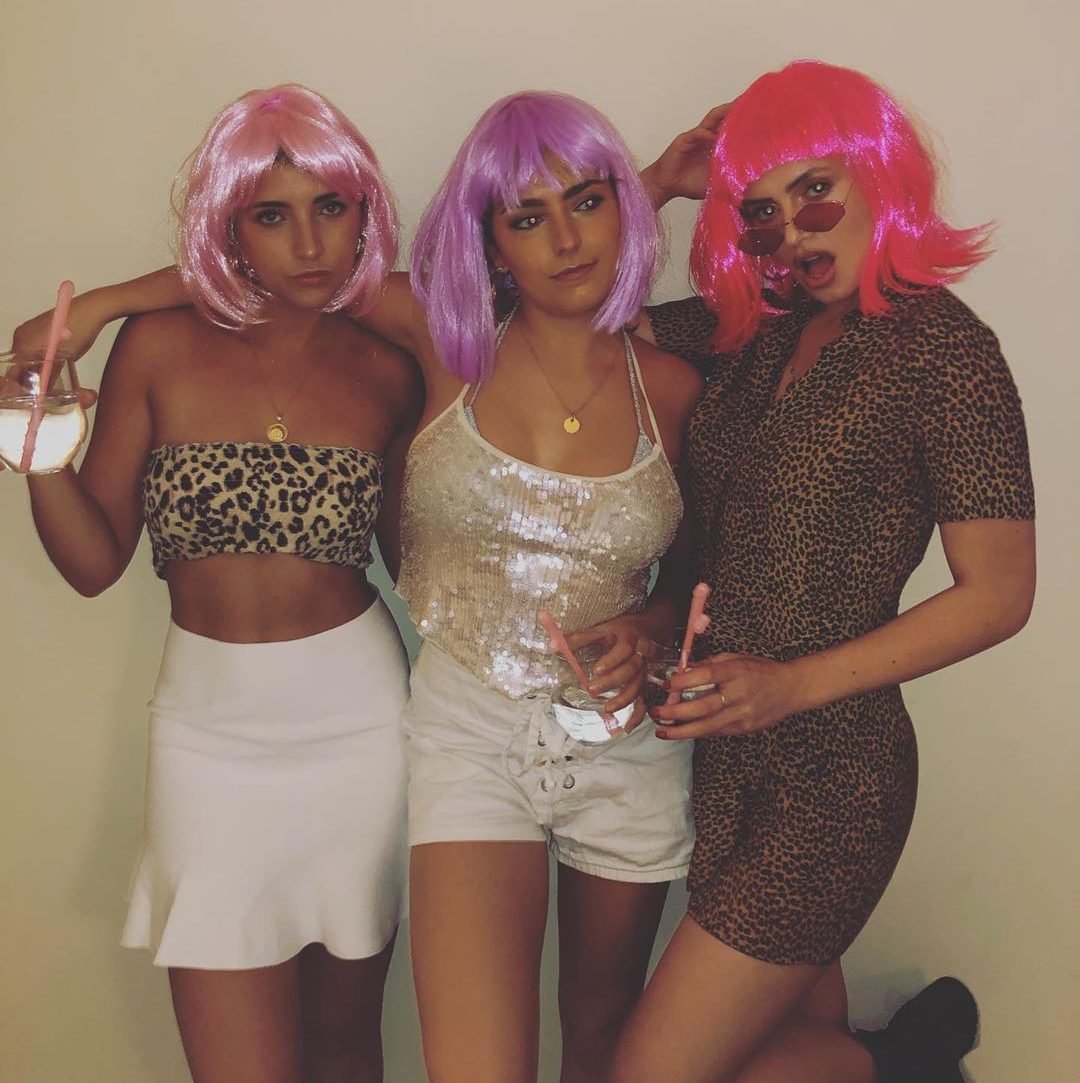 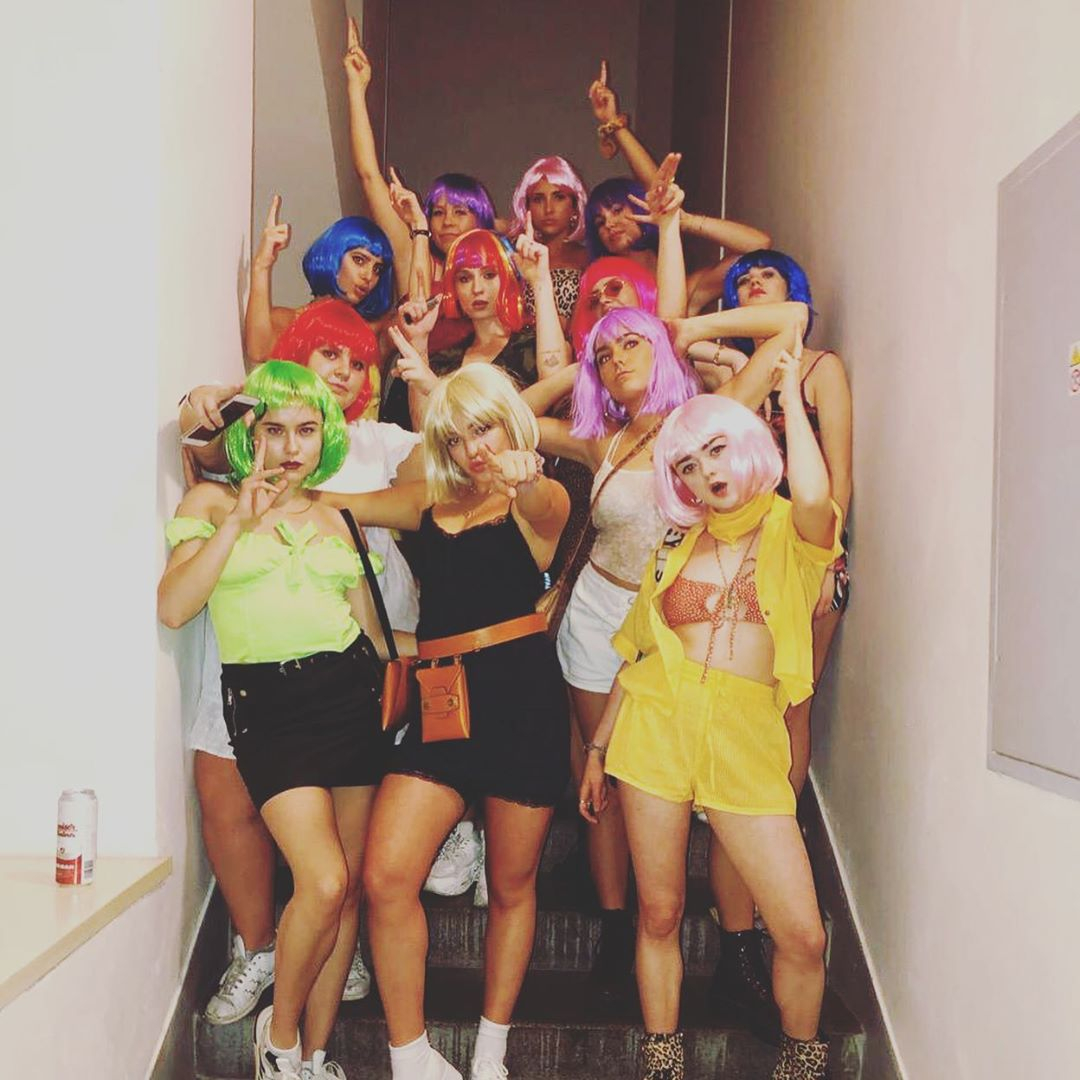 And though Turner had already assumed the role of Mrs. Jonas, she didn't miss the opportunity to wear a 'Bride-to-Be sash' while having “the best time with her girls including Maisie Williams and Nadia Parkes,” another insider revealed.

According to insiders who spoke to E! News Sophie has gone all out, renting a luxurious penthouse suite for her inner circle.

They revealed: "Maisie helped coordinate a lot of the trip but everything was taken care of by Sophie. She wanted her friends to have a lot fun and wanted it to be a huge party weekend."

Joe already celebrated his own bachelor party in Ibiza late last month, only after the pair's impromptu Sin City union. 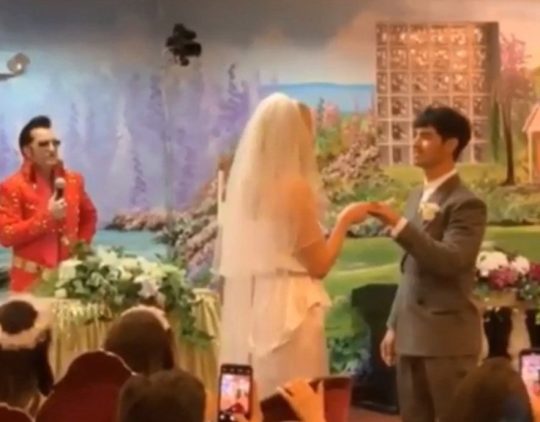 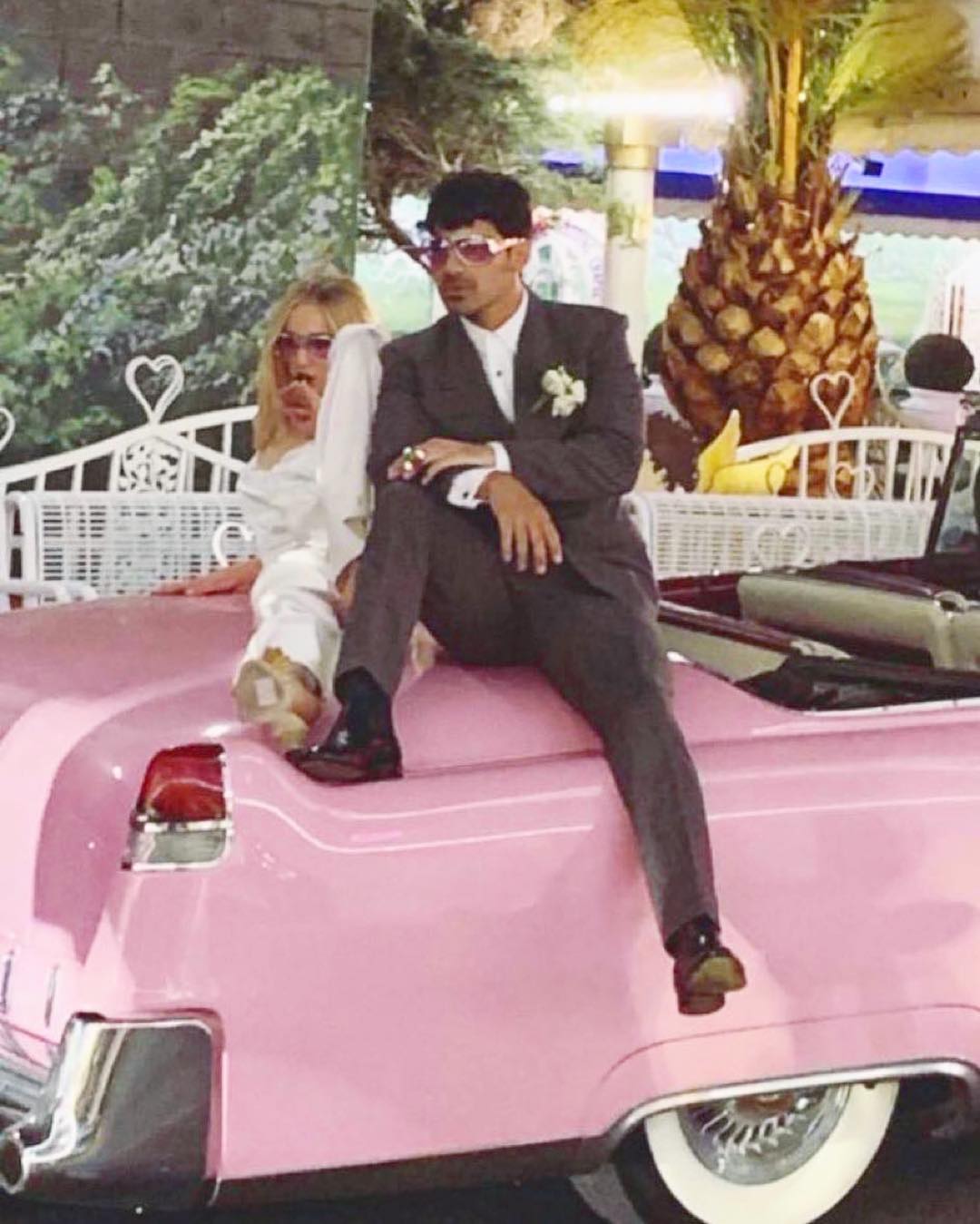 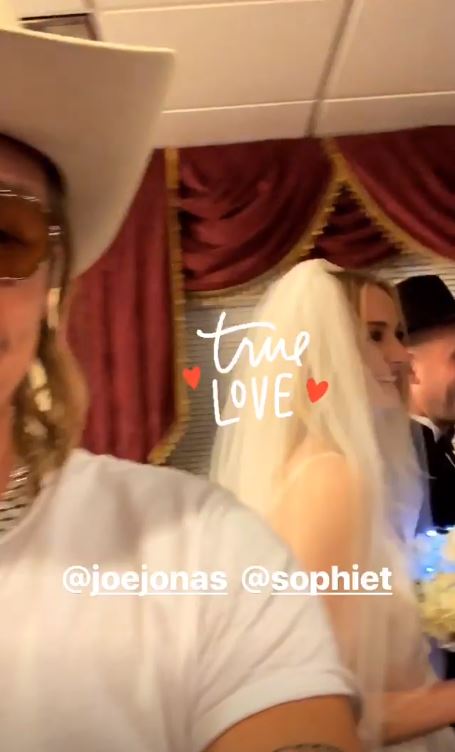 After getting engaged in October 2017, Sophie and Joe tied the knot in Vegas shortly after attending the Billboard Music Awards.

And while the pair are officially hitched on paper, Mr. and Mrs. Jonas still plan on having a distinguished formal ceremony for family and friends.

The pair are set to walk down the aisle in France this summer and reportedly plan on having a huge party after their second ceremony.

A source revealed to Us Weekly: “The decor is going to be sophisticated, but there’ll be some kitschy elements, including a really wild cake.

“There’ll be a live band, and the Jonas Brothers are expected to take the stage.”