The appearance of the Green Goblin in the second “Spider-Man: No Way Home” trailer, released Tuesday, came close to confirming what fans have speculated for months: That Willem Dafoe would reprise his role as the villain from the previous Tobey Maguire-led superhero trilogy. At a fan event in Los Angeles during which the trailer first premiered, star Tom Holland was on hand to make it official — yes, that’s Dafoe in the Green Goblin suit. “I can talk about this, right? He’s in the trailer,” said Holland, who has earned a reputation for spoiling Marvel secrets.

In fact, Dafoe’s appearance in “No Way Home” was kept so secret by the production that Holland himself was tripped up the first time he met the actor on set.

“It’s actually a funny story when I met Willem for the first time. Obviously, at that time, all of the villains in the film, it was a huge secret that they were in the film. So they would walk around set with these cloaks on. Naturally, these guys were very excited to be coming back and bringing these roles back to life,” Holland said. “I just sort of bumped into this guy in a cloak. I was like, ‘Watch out, mate.’ He took his cloak off, and I almost got really scared — Oh shit, the Goblin’s here.”

The Tuesday event saw the second “No Way Home” trailer revealed to a Los Angeles theater full of some of the MCU’s most devoted fans, who were joined by another group watching in Mexico City. Ahead of the screening, they sang the iconic “Spider-Man” cartoon theme song and flexed knowledge about and devotion to the character — one woman stood up and shared with the audience that she named her daughter after Peter Parker. The baby, Parker, was born about three months ago, on the day that the first “No Way Home” trailer premiered, she said.

Holland shared stories about his favorite moments from his last five years playing the web-slinger at the event, but he stopped himself several times out of fear of revealing too much, being careful not to repeat incidents like the time he spoiled the biggest “Avengers: Endgame” death in an interview. He counted working with Dafoe among his favorite experiences playing Spider-Man. 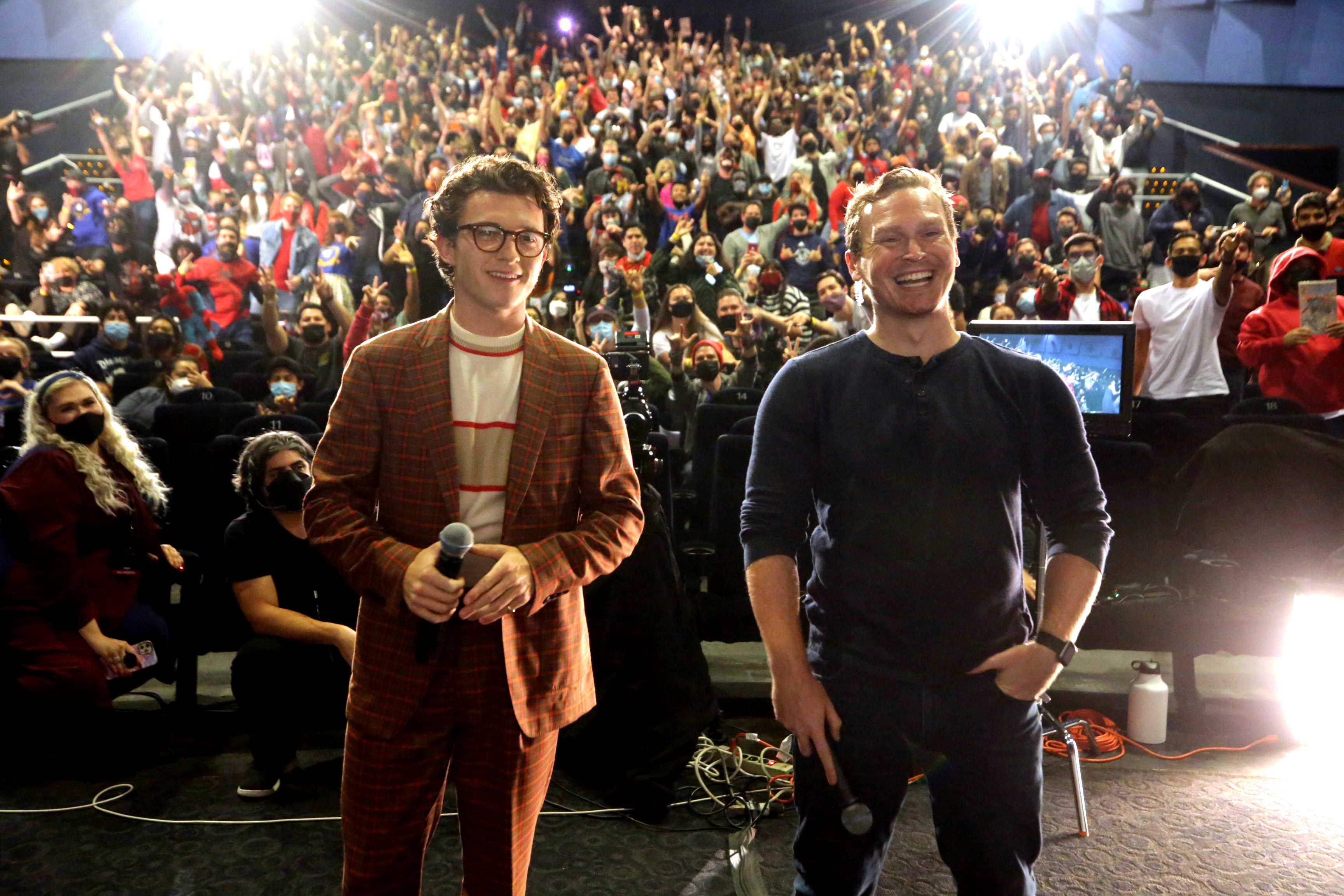 He also enjoyed working with Alfred Molina. The first trailer revealed that Molina would reprise his role as Doc Ock, a character he played in 2004’s “Spider-Man 2.” Molina was “blown away” by the filmmaking advancements in superhero film production since he first played the villain, Holland said.

“The arms that he used to have were puppeteered by four different people. And nowadays, obviously, we don’t do that anymore, because it’s very time-consuming. So it’s all done with CG. And watching him be very free as Doc Ock was really kind of rewarding, because back in the day, if he wanted to go over here, he’d have to tell four different guys, ‘I’m gonna step over here, and then you follow me,’ and then you get this one to do that. So to see him kind of have the freedom to bring Doc Ock back to life in a new way, was amazing,” Holland said.

Not that the enthusiastic Los Angeles audience needed any convincing, but Holland said fans will be blown away by “No Way Home,” set for release by Sony in theaters on December 17. And it’s in cinemas that Holland says the film should be watched.

“This movie exceeds expectation in every way possible. This is the most cinematic and theatrical superhero movie that has ever been made and I’m proud to say Sony and Marvel have pulled off the impossible,” he said. “It has been a rollercoaster, it was tough, it was brutal … it’s just been incredible. To see your enthusiasm, it means the world to me.”