Spoilers: Aadi injured as Dev lashes out over Kelly wedding decision in Corrie 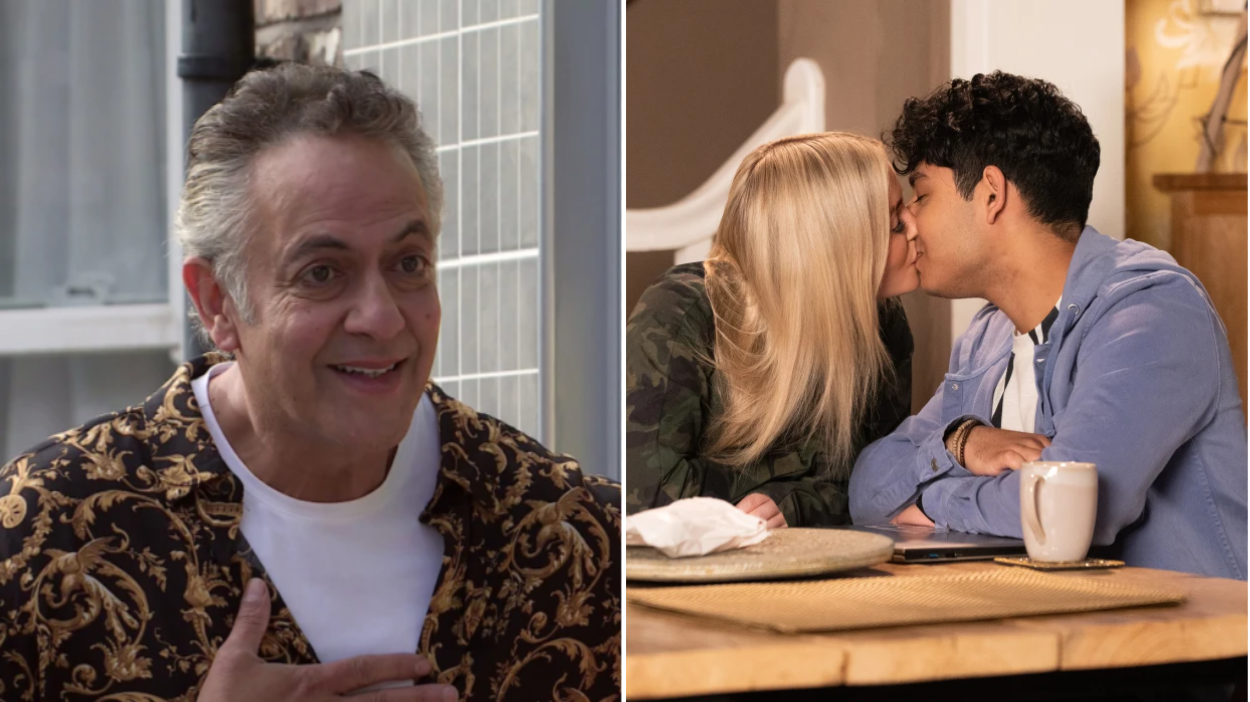 Prior to the clash, Aadi and Kelly (Millie Gibson) are hoping they’ll be crowned the winners of the Weatherfield Gazette competition so they can go on a posh, free holiday.

However, next week, they discover that because they’re under 18, they need to ask their parents or guardians for written consent.

With their ‘secret’ engagement all over the Gazette, Dev, Maria (Samia Longchambon) and Gary (Mikey North) are all in agreement that Aadi and Kelly are far too young to get married.

As Dev and Aadi row over Kelly’s background, Dev grabs Aadi which causes him to fall and hit his head.

The next day, Asha (Tanisha Gorey) begs Aadi not to cut Dev out of his life.

Popping in the shop, Aadi hands Dev his Mum’s engagement ring, leaving his dad to think the engagement is now off.

Or are Kelly and Aadi planning to get married behind everyone’s backs?