Spoilers: David discovers the truth about brainwashed Ollie in Casualty 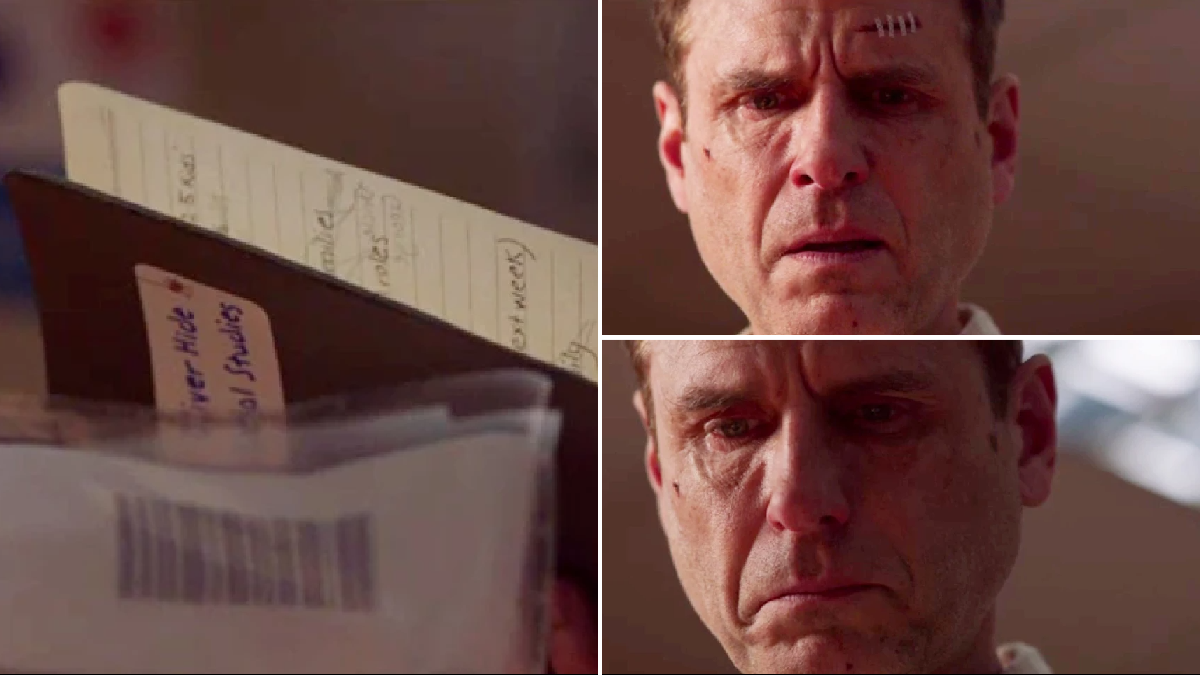 Tonight’s Casualty episode was once again double length, but rather than feeling like two random episodes shoved together as is often the case, this one felt like a proper feature-length episode. There was drama, an explosion, exciting stunts, interesting human storylines about each patient, and it was all anchored by Jason Durr’s performance as the tortured and grieving David Hide. He really is giving some of the best performances of his career currently.

The story centred around an explosion at the block of flats where David is currently living to escape people persecuting him about his son being one of the two school shooters. David – who performed heroic deeds to look after the casualties of the explosion, including Jan (Di Botcher) – was convinced the explosion was his fault and was caused by people trying to kill him.

It turned out to have been caused by a man called Callum (Robbie O’Neill), who’d fiddled his neighbour’s gas meter to try to help her out with her bills. The character of Callum was intriguing as at various points we were left doubting whether he could really be as nice as he seemed. Would there be a twist and he’d turn out to be the one who was threatening David? Or maybe he was trying to exploit his old and vulnerable neighbour? But no, he really was a genuinely lovely man.

At the end of the episode David looked through Ollie (Harry Collett)’s possessions that had been returned to him by the police. There was a sweet scrapbook about Ollie and his family, but then David opened another notebook. We didn’t see what was written in it, but David’s face contained shock, horror, puzzlement, revulsion. Clearly in that notebook is the key to why Ollie did what he did. David put it back in the evidence bag like it was contaminated.

Elsewhere, Stevie (Elinor Lawless) was a bit rattled when Marcus (Adam Sina) turned out to be the new management consultant at the hospital. Marcus was Stevie’s late sister’s fiancé, but Stevie had an affair with him which led to her sister’s death. And now she’s in a relationship with him again, only she had planned to ghost him. All very complicated, but that’s Stevie. And luckily for her, Marcus was on her side when she once again crossed swords with sneery anaesthetist Jonty (Richard Harrington) – who has now left after Marcus refused to back him. And Marcus and Stevie are very much Back On.

Robyn, however, is an independent soul and decided to accept Adi’s offer of a rent-free flat for her and Charlotte in return for helping him and Marty to have a baby that she knows is very much wanted and will be very much loved – you just had to look at Marty holding a newborn baby to know he’ll be a lovely dad.