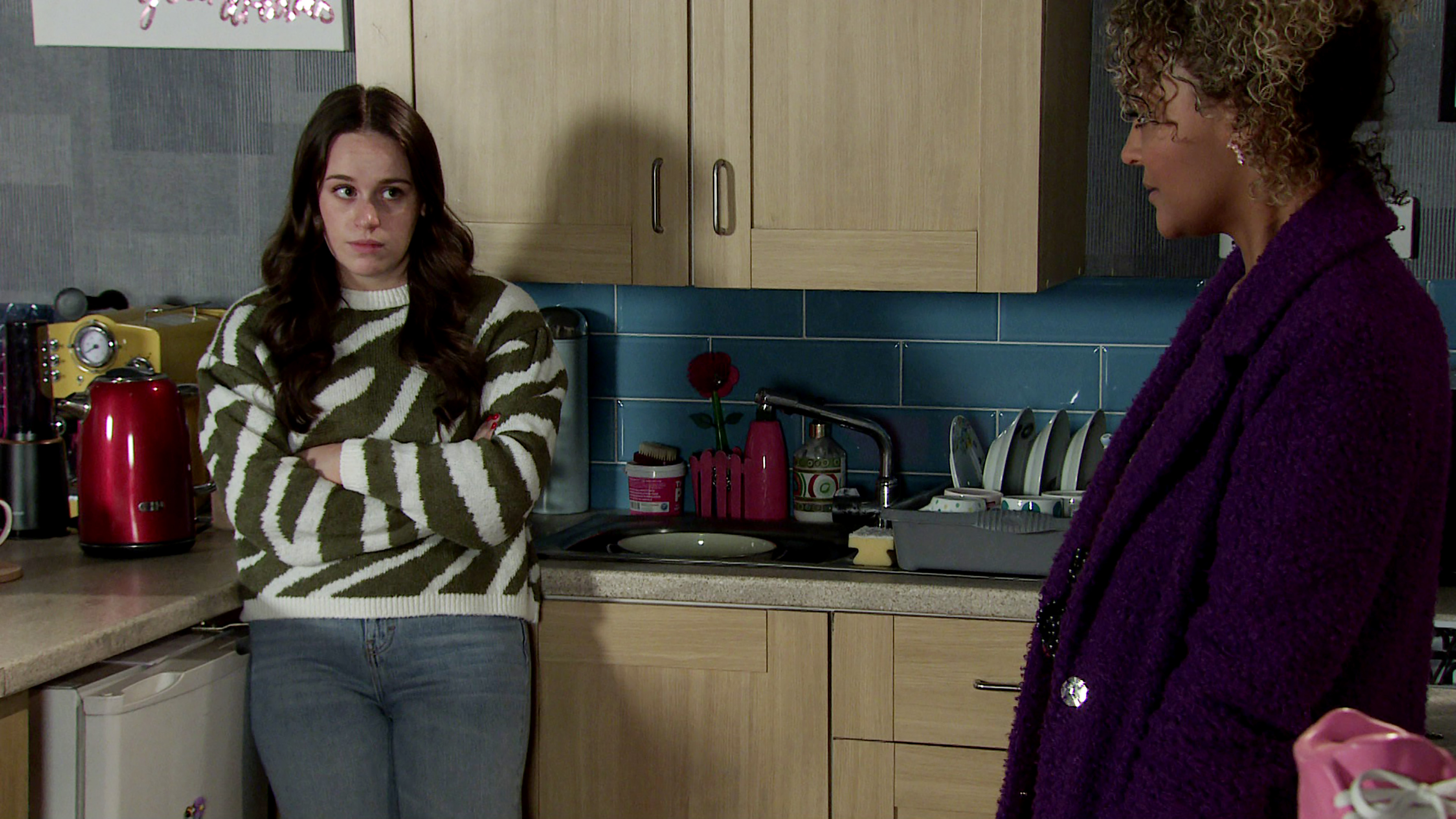 It’s been like a sword dangling over the heads of Faye (Ellie Leach) and Emma (Alexandra Mardell) in Coronation Street – the knowledge that their actions at new year helped to cause the death of pensioner Ted.

Craig (Colson Smith) got involved in helping to cover up the crime, leading him to leave his beloved job in the police force. All three of them have struggled with the knowledge that the truth could come out at any moment and Faye would probably end up back in jail.

Meanwhile, Emma has somewhat inconveniently fallen for Jon, who is Ted’s grandson. In upcoming episodes Jon unexpectedly arrives at the flat – and he wants answers. Did Emma and Faye have anything to do with Ted’s death?

It’s all too much for Faye and she blurts out that they’re responsible for Ted’s death.

How will Jon react to this news? Will he go straight to the police with what he’s just heard? Presumably that would also mean te end of his relationship with Emma.

As Emma and Faye sweat it out to find out what Jon is going to do, it looks like Craig picked the wrong day to go back to the police force…

With Alexandra Mardell’s exit looming, the actress has reflected on her time in the show.

Her final scenes in the show were also the final ones that she filmed, meaning that the emotion we’ll see on screen was very real in that moment. ‘I wasn’t expecting it to be that emotional,’ Alexandra admits.

‘I knew obviously I was going to be upset to say goodbye to everyone but as soon as the AD said that’s a wrap, that’s Alexandra’s last scene, I just burst into tears, uncontrollably, I could not stop. I was so overwhelmed, because of all the support of the cast and crew being there as well, coming to say goodbye. It just really overwhelmed me, I was really upset.’

She says that she’s going to miss her co-stars and the show’s crew the most. ‘I know everyone says it every time but it really is just a big family. It’s like when you leave school, it’s a big part of your family.’