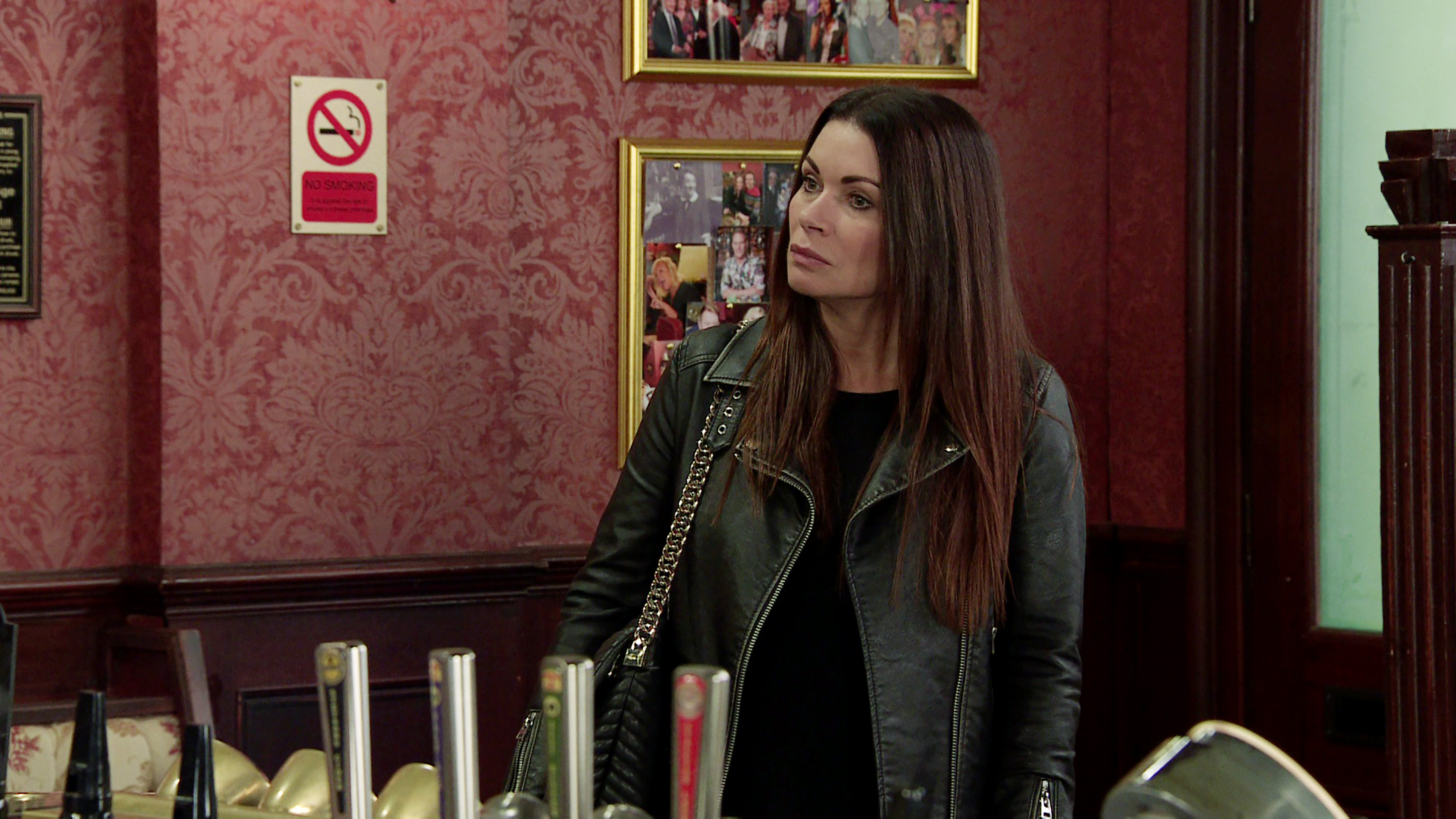 Carla (Alison King) gets an indecent proposal from slimy surgeon Mr Thorne (Dominic Mafham) in upcoming Coronation Street episodes – but how far will she go to protect Peter (Chris Gascoyne)?

After Aggie (Lorna Laidlaw) overhears her boss Mr Thorne bragging that he rushed Peter’s operation in order to win a bet, Peter is understandably furious to hear that his life was potentially put at risk by the arrogant surgeon. He tracks Mr Thorne down and there’s a confrontation, during which Peter punches the surgeon and is arrested for assault.

Carla decides she has to do something to help Peter and tries to smooth things over with Mr Thorne. But she’s shocked when he asks her to dinner, clearly deciding to exploit Carla’s desperation to get Peter off the hook.

Carla gives him her number on the condition that he’ll drop the charges against Peter.

Later, Carla leaves her phone at home, and Peter is shocked when he reads a message from Mr Thorne, saying that he’s looking forward to seeing Carla for dinner.

Peter’s furious – and his determination to make the surgeon pay for what he did becomes even more focused. He’s going to do whatever it takes to take him down.