Spoilers: Mary exits Emmerdale as Rhona bans her from visiting? 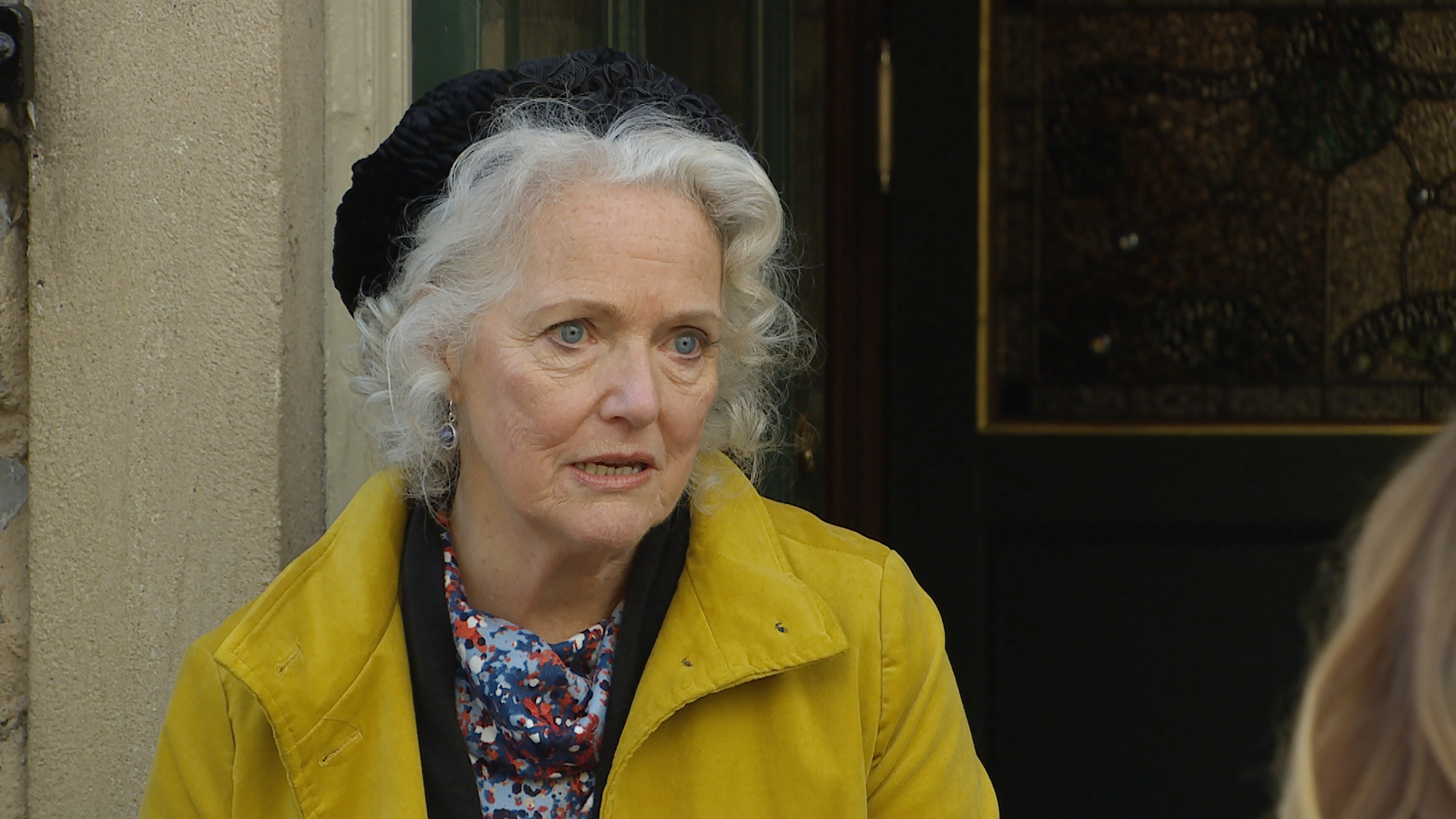 Mary Goskirk (Louise Jameson) hasn’t been in the Emmerdale village for long but already viewers have established the type of person she is.

Mary is very honest and sometimes, that honesty causes a problem in her relationship with daughter Rhona (Zoe Henry).

Let’s not forget Mary’s opening scene. She arrived in the Dales during the very moment Rhona was trying to propose to Marlon (Mark Charnock).

When Mary approached, she just thought Rhona was doing her shoes up!

Following Marlon’s stroke, the dynamic between Mary and Rhona has changed – but not completely.

Mary has urged Rhona to look after herself more, but as she’s so focused on Marlon’s recovery, she hasn’t even considered taking time out for a bit of shopping or a drink in the pub.

Tonight, Rhona’s day wasn’t a good one as she discovered Marlon was incredibly tired after yesterday’s Easter egg hunt.

Doctor Gail explained that while Marlon wasn’t doing a lot physically, it was still cognitively challenging for him and now, he needs more rest.

Rhona was angry at her mum, but it just made Mary even more worried for her daughter.

Back at home, Mary urged Rhona to think about what she really wants, pointing out that agreeing to take on the mammoth challenge of looking after Marlon will change her future dramatically.

Rhona was furious and told Mary that love is being there for your family whenever – and not backing out when things are difficult.

This hurt Mary as it was a clear reminder that she hasn’t been a good mum to Rhona.

Rhona threw Mary out, telling her to pack her bags and go – but is this the last we’ve seen of her?

In a recent interview, Louise Jameson said she would ‘say yes’ if producers asked her to return – is her exit on the way?