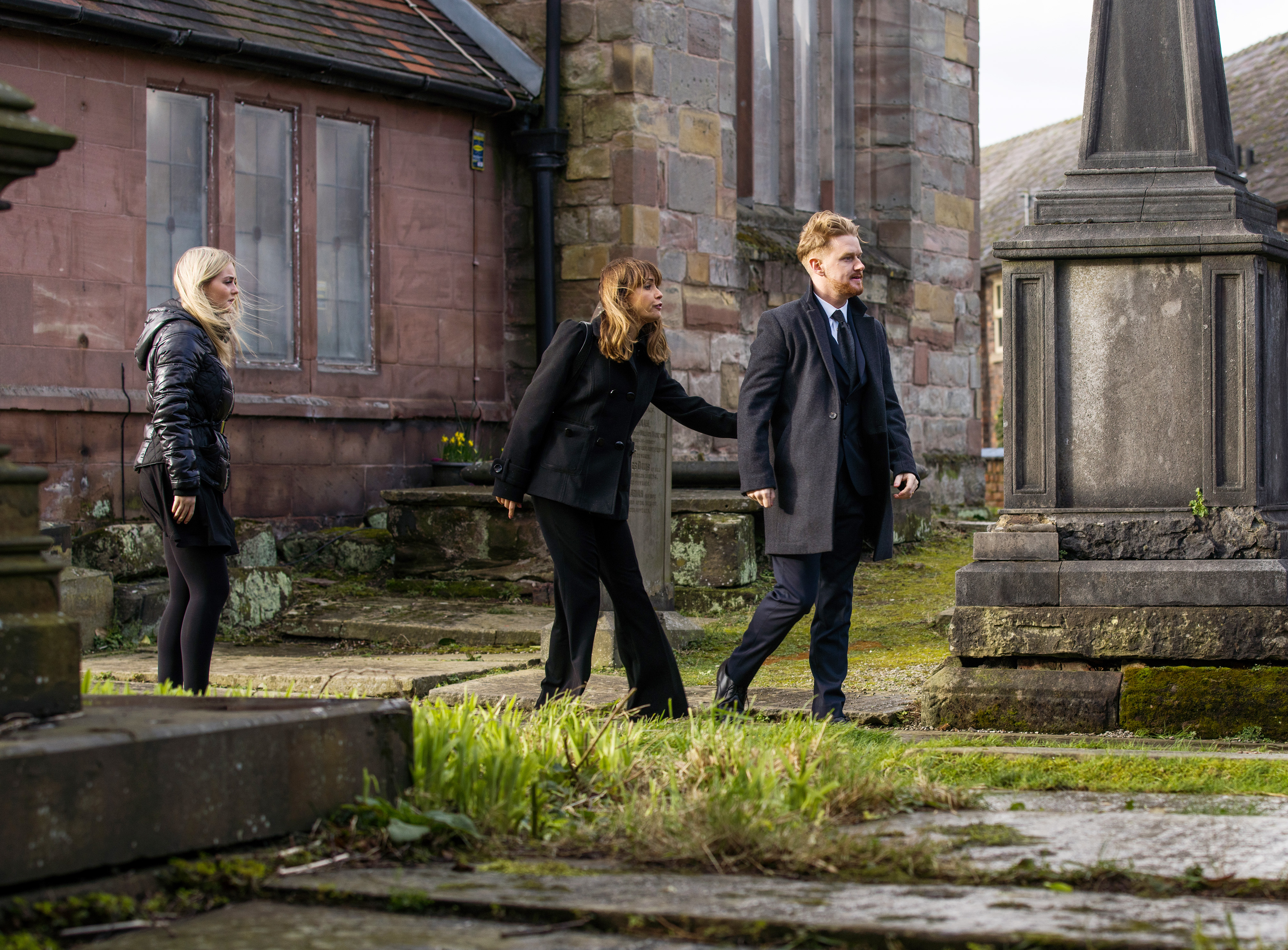 A funeral will finally be held for Rick Neelan in Coronation Street following his murder in 2019.

In recent weeks, Laura (Kel Allen) discovered the truth about Rick when Gary (Mikey North) confessed to killing him.

Initially, Laura was determined to go to the police and report Gary, but when she saw how happy Kelly (Millie Gibson) is under Gary and Maria’s (Samia Longchambon) care, she decided to tell the police she killed Rick instead.

With Laura dead following her cancer battle, Kelly is struggling to come to terms with the change, overwhelmed to learn she will inherit everything from her dad – including the family home.

At the neglected house, Gary is faced with a photo of smiling Rick and packs up some belongings to bring back to Kelly.

As the week draws to a close, Gary, Maria and Kelly arrive for Rick’s funeral.

Gary glances nervously about, hoping none of Rick’s cronies are going to turn up.

But as they gather at Rick’s graveside, a man approaches and spits on Rick’s coffin.

How much does he know about Rick and his life?

Could the truth be revealed by one of Rick’s enemies?