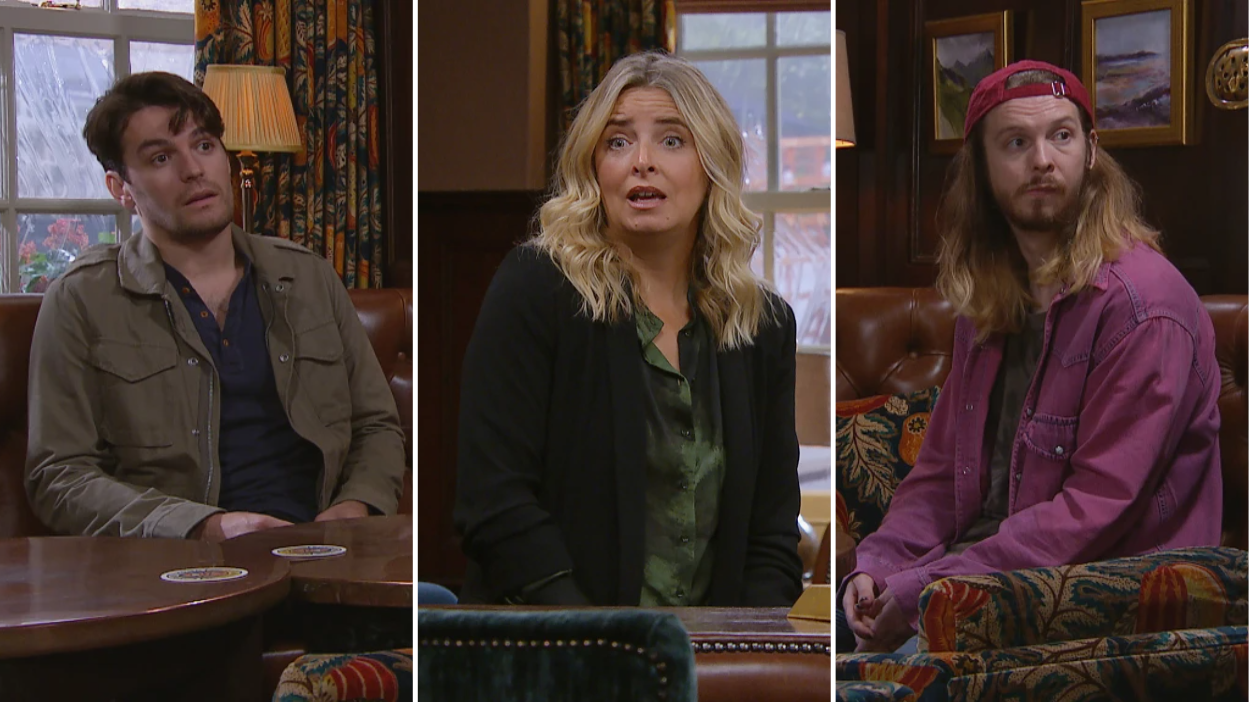 After Emmerdale’s Mackenzie (Lawrence Robb) and Charity (Emma Atkins) had an argument about trying again for a baby so soon after Charity’s pregnancy ended in heartbreak, Mack went off and drowned his sorrows before falling into bed with a woman who up till now has been a mystery.

All we know is that Mack had no interest in continuing a relationship with her and instantly regretted what he’d done, feeling guilty when he returned home to Charity.

So far Mack has only confided in Nate (Jurell Carter) about his one night stand, and in upcoming episodes it’s Nate who lets slip a remark about the incident which is overheard by Ryan (James Moore) – Charity’s son. Ryan orders his friend to tell him exactly what Nate was talking about and a reluctant Mack eventually tells him what happened.

Ryan is outraged on his mum’s behalf, and insists that Mack has to tell Charity what he’s done.

Meanwhile, the woman Mack slept with wants to arrange a meeting with him, and he heads off to see her.

Will Mack’s secret lover finally be revealed? And will it be someone from our ‘8 most likely lovers’ shortlist?

Will Ryan break Charity’s heart and tell her everything he knows?

Will Charity break Mackenzie’s legs when she finds out?