Home » TV & Movies » Spoilers: Sandra reveals her evil scheme to get rid of Vinny in Emmerdale

Spoilers: Sandra reveals her evil scheme to get rid of Vinny in Emmerdale 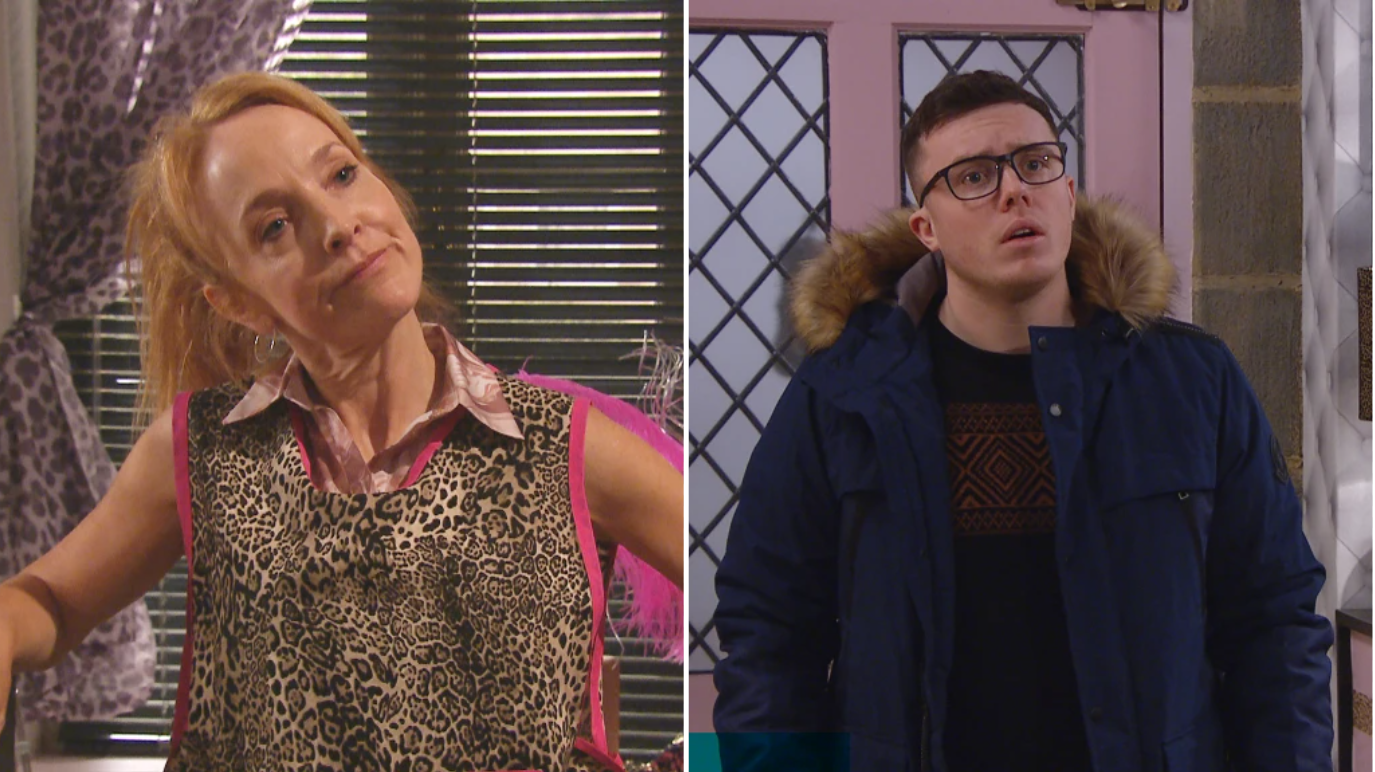 The full extent of Sandra (Joanne Mitchell)’s nasty plans for Liv (Isobel Steele) and Vinny (Bradley Johnson) became crystal clear in tonight’s Emmerdale, as she met with her sidekick Terry (Neil Bell) to give him an update on her mission to get Vinny out of Liv’s life.

‘It won’t be long before he’s off the scene and we can move on to phase two,’ she told Terry when she met him in a country lane. And phase two means ‘Getting our hands on this money.’

Early on in the episode we saw Sandra reading a website about the ’10 worst things to say to an asexual person.’ This was so she could manage to insert all 10 in the conversation she later had with her daughter, using Liv’s asexuality to undermine her and sow seeds of doubt about whether Vinny was really, truly ok with not having sex with his wife. ‘He’s a red-blooded male with needs,’ Sandra said. ‘You can’t cage a tiger forever.’

Sandra is a skilful manipulator and she said all this in a way that could make Liv believe she had her best interests at heart. She then used Vinny’s friendship with Gabby (Rosie Bentham) to make Liv feel even more insecure, suggesting that Gabby had been fully aware that Kit (Thoren Ferguson) was Laurel (Charlotte Bellamy)’s boyfriend when she slept with him. So even though Gabby is Liv’s best mate, Sandra implied that Gabby can’t be trusted.

When Liv saw Vinny cooing over baby Thomas later, she looked decidedly uneasy and Sandra had clearly managed to get into her head.

In case we were in any doubt that Sandra was doing all of this deliberately, the meeting with Terry later revealed Sandra’s scheme. She told him that she was planning to split Vinny and Liv up, and then she’d be able to get her hands on Liv’s money.

Will Liv realise what her mum is up to before it’s too late?