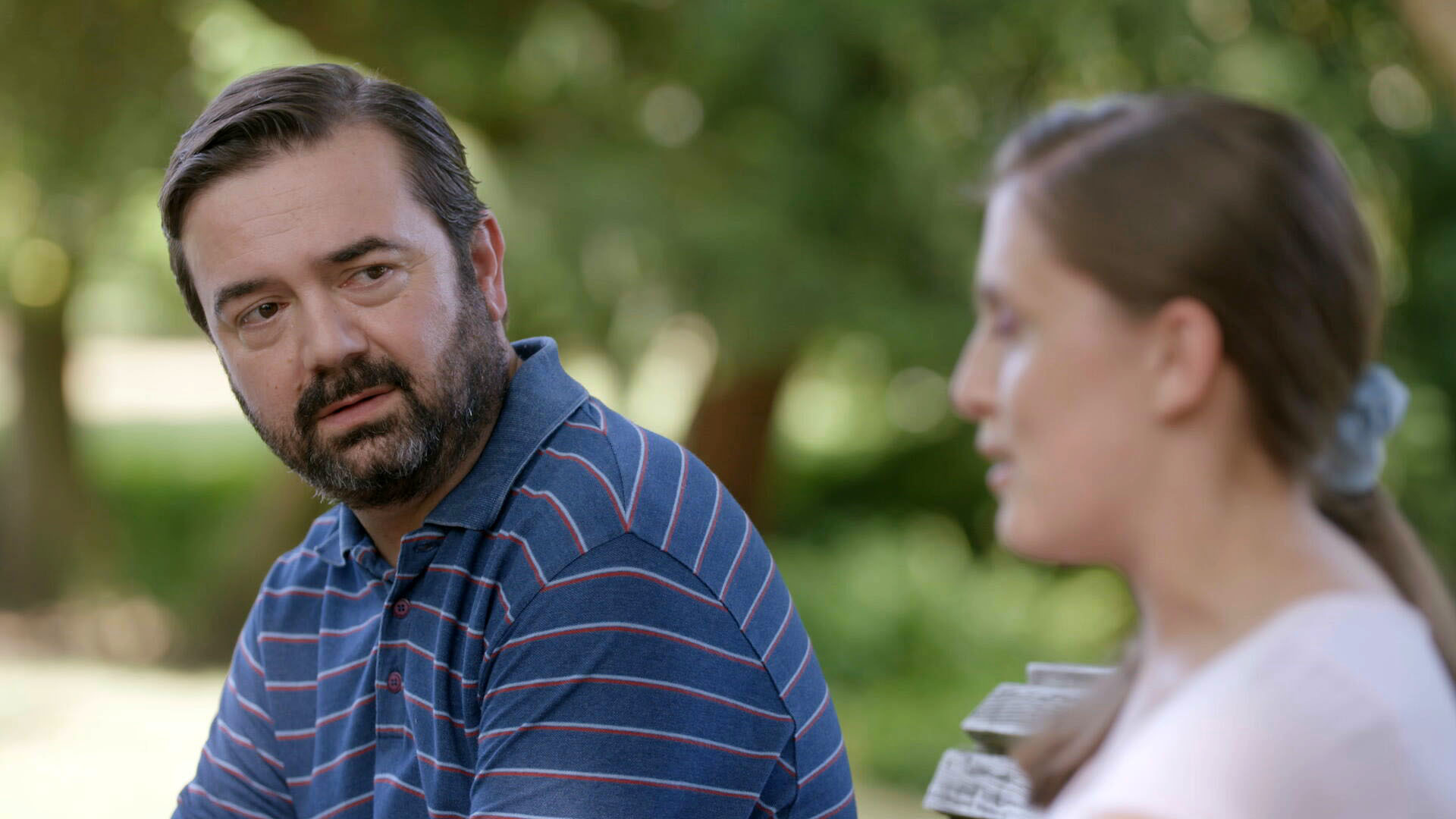 As regular Doctors viewers will be well aware, poor old Scarlett (Kia Pegg) and her father, Brian (Simon Lowe) have had a few money worries recently and this week, their problems continue.

First up, Scarlett is worried as Brian (who fell off a ladder at work) seems in a lot of pain after a simple visit to the local park.

Brian’s back pain is quite genuine, but he’s also distracted by worries about the whereabouts of an overdue Universal Credit payment. After a frustrating phone call, Brian has to travel to the job centre to discuss the matter with his case worker, Tasmin (Ruby Hoggarth) despite his bad back. There, he receives disappointing news, but he doesn’t reveal anything about it to Scarlett.

Meanwhile, Karen (Jan Pearson) is starting to suspect Scarlett has money problems and tells her husband Rob (Chris Walker) all about it. Now Scarlett comes across a letter from the DWP which reveals the truth about the delays to their payments.

She confronts her father: why didn’t he tell her about this?

Brian sadly confesses and tells Scarlett all about his unhappy trip to to the job centre including the shattering news that he probably won’t receive his sick payment for another twelve weeks.

How will they ever get out of this mess?