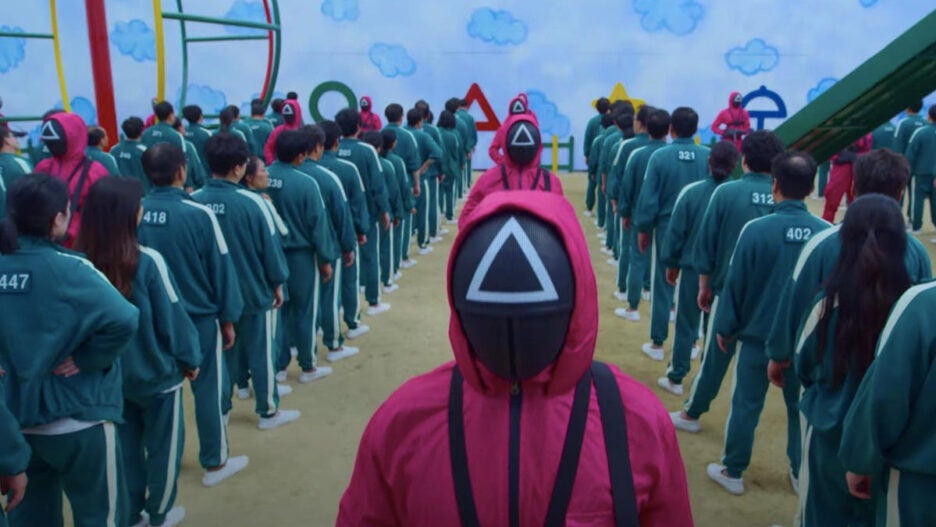 In a sign of just how popular the Netflix original series “Squid Game” really is, the streaming service has launched an official merchandise store where fans can customize and buy items relating to the hit show.

“Squid Game” launched on Netflix on September 17 and quickly became a worldwide hit, with Netflix co-CEO and content chief Ted Sarandos going so far as to say the series has the potential to become the biggest show the streamer has ever produced – which for the studio behind “Stranger Things” and “Bridgerton” is saying something.

In Netflix’s official online “Squid Game” shop, fans can buy t-shirts ranging from $34.95 to $39.95 in price, as well as a Squid Game hoodie for $49.95. Best of all, these aren’t simply shirts where the show’s name and Netflix logo have been slapped on – fans can customize the shirt or hoodie to include either a square, circle, or triangle identifying them among one of three different guard ranks in the show. 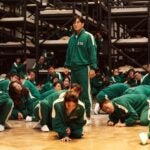 Plenty of third-party suppliers have popped up with their own “Squid Game” merchandise, but Netflix was on top of this one with a solid stable of official merch available less than a month after the show was released.

The popularity of “Squid Game” signals the growing popularity and number of Korean shows that Netflix is producing, as their stable of K-dramas continue to be a widely viewed category for subscribers.

“Squid Game” is a survival thriller series in which hundreds of players who are drowning in debt enter a contest for a chance to win a tremendous amount of money. Unfortunately, the stakes are life or death – if you lose in the games, you die.

Audiences all over the globe have responded positively to this dystopian tale that, depressingly, speaks to the world we live in now.

All nine episodes of the first season of “Squid Game” are currently streaming on Netflix.