STACEY Solomon has shared a sweet video of her two-year-old son preparing for the birth of her baby daughter by "playing babies".

The soon-to-be mother-of-four took to her Instagram stories to show the tender moment as Rex put his teddy bear to bed and gently cuddled it. 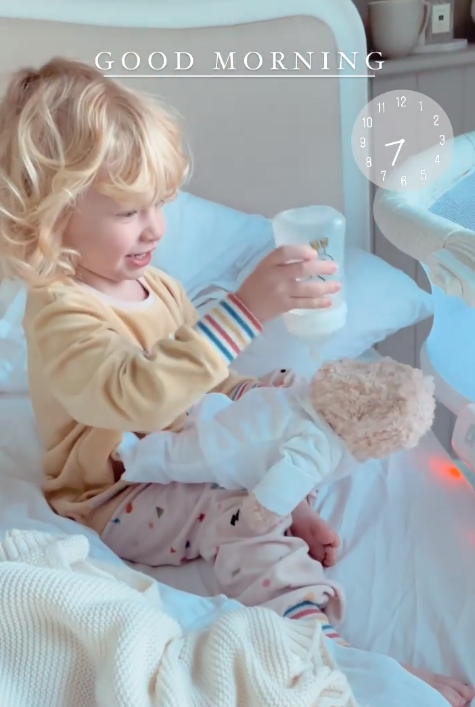 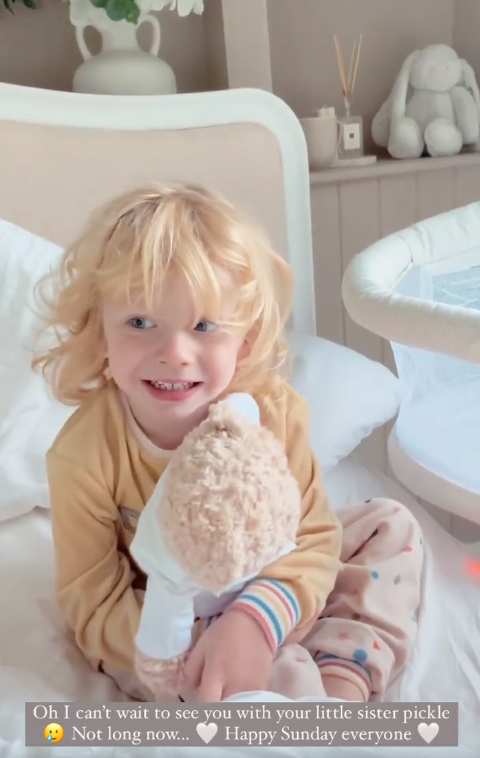 Stacey, 31, shared the clips of her son on Sunday dressing and cuddling his teddy as if it were a baby as they prepared for her upcoming birth.

The star – who is due to welcome her first daughter in just DAYS – could be heard enouraging her toddler as he put baby clothes on the teddy bear.

Rex was all smiles as went on to pretend to feed the toy with a bottle and gently shush it to sleep as he rocked it back and forth in his arms.

The clips finished with the tot putting the bear to bed in his sister's cot – but not before giving it a kiss on the head and saying: "I love you".

"Good morning," Stacey captioned the series of clips alongside an emotional crying emoji. "We spent the morning playing babies with teddy bear."

"Oh I can't wait to see you with your little sister pickle," she continued before ensuring her fans it was "not long now" until the birth.

Hours later, Stacey was seen STILL doing DIY as she fixed-up a cupboard in home as she admitted she couldn't "sit still" in her final days of pregnancy.

shared a video on Instagram as she sat on the floor of her £1.3 million Essex home and got to work on another upcycling project.

She said: "I can't sit still anymore. So I'm going to upcycle an old unit.

"These are the door fronts and these are something I bought for a small business so I'm going to try and jazz them up and make a cabinet for the hallway."

Earlier this week, fiancee Joe Swash – who is also the father to two-year-old Rex, told The Sun Stacey could go into labour "any minute".

"The baby’s coming any minute. If we make a quick exit you’ll know why," he exclusively told The Sun as he attended Tulley's spooky Shocktober Fest.

Bursting with pride, Joe went on: "We’re so excited we can’t wait. We’ve got everything ready, all that’s missing is the baby."

The happy couple already have three boys between them from previous relationships; 14-year-old Harry, 13-year-old Zachary, and nine-year-old Leighton, and share two-year-old Rex.

The baby will be their first daughter, and last child – with Stacey previously admitting she's keen to savour every moment of her "final" pregnancy.

Earlier today, Stacey was forced to deny that she had secretly given birth after sparking speculation with a social media blackout.

Her followers were convinced that she'd gone into labour after she failed to post on her Instagram Story, but the star revealed she'd actually just been catching up on some sleep.

Stacey, who is pregnant with her fourth child, confirmed In August that she would give birth at the end of September or the start of October.

Fans thought she might have had her child after she went quiet this week after usually posting all the time. 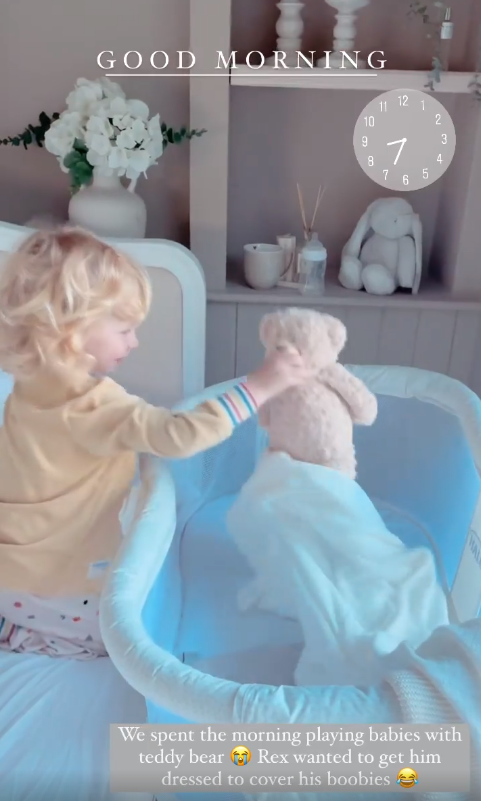