Stormzy has pulled out of Snowbombing Festival in Austria just hours before his performance, after he accused festival security of “racial profiling.”

The grime artist, who was due to headline the main stage tonight, took the “drastic steps” to “make a point against racism.”

The statement released by the festival read: “Last night Snowbombing’s security were alerted to the possibility that an individual at the festival was allegedly carrying a weapon.

“In accordance with protocol, a small number of attendees, including Stormzy’s manager were escorted to the nearest exit, searched and no weapon was found.

“Stormzy’s management were unhappy with the manner by which this took place and as a result Stormzy will no longer be performing tonight.”

The London artist confirmed the news via his Instagram page where he screenshotted Snowbombing’s statement, and wrote: “First and foremost f**k Snowbombing festival. Bunch of p***yholes.”

Stormzy apologised to his fans about cancelling his performance, stating the reasons were because his manager and all his friends were “racially profiled, targeted and aggressively handled.” 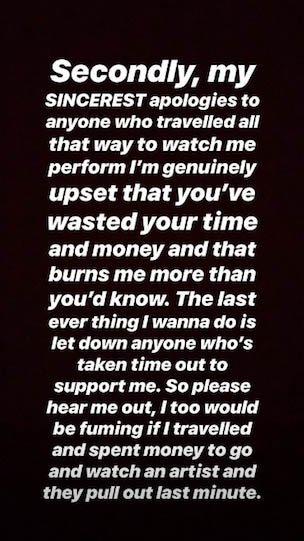 He wrote: “The security targeted them (despite no on fitting the description) and were physically aggressive when handling them.”

The 25-year-old labelled the incident “soul draining s**t black people gotta deal with all the time.” 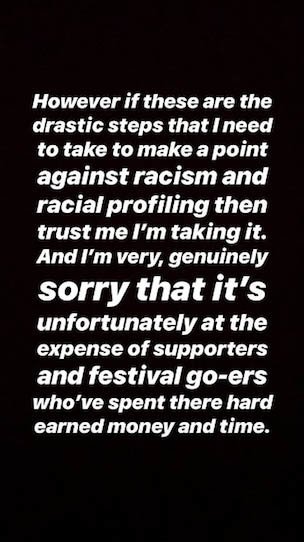 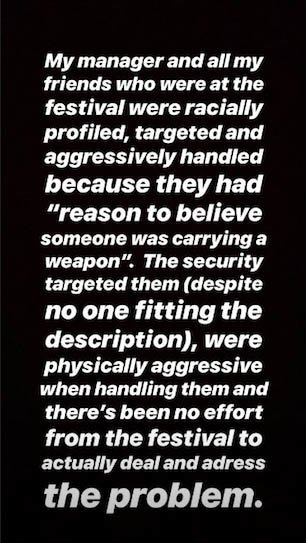 Stormzy has also his own #MERKY Festival, which is set to take place in Ibiza in July.

In just under two years, #MERKY has become the hottest festival ticket of the summer bringing together a community of UK urban music fans and the biggest names in the scene.

The two-day festival has already sold-out, with Stormzy due to perform along with a number of established and up-and-coming artists.