In the first episode of Netflix series Stranger Things season three Nancy Wheeler’s (played by Natalie Dyer) first appearance shows her waking up with a start as she realises both her and her romantic interest Jonathan Byers (Charlie Heaton) are late for work.

As the pair race down the road in a beat up 80s car, Nancy says: “They don’t like me or respect me as a living, breathing human being.”

It’s quickly revealed the pair have been working at The Hawkins Post but are treated differently, with Nancy tormented with degrading sexist comments by the older men in the office.

One scene in particular sees an all male conference room where reporters brow raising comments about beauty pageant contestants, when Nancy, a self-confessed “coffee delivery machine” tries to pitch a story.

The room erupts into laughter before disregarding the idea and asking her to fix his food.

The blonde haired reporter tells her: “I like it, I like it a lot. But I think I have something even spicier. It’s about the missing mustard on my hamburger. You think you can solve the case of the missing condiment Nancy Drew?”

Fans were certainly not impressed with the humiliating “Nancy Drew” comment, which left many feeling both angry and sympathetic for the smart young protagonist. 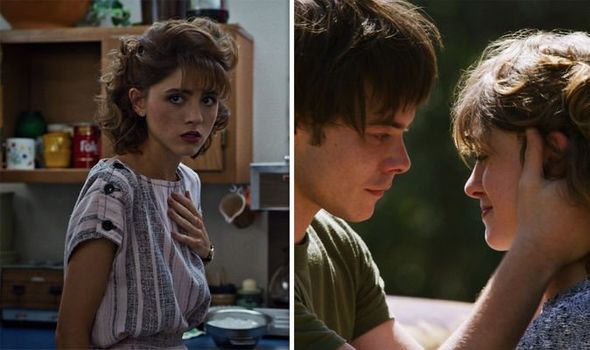 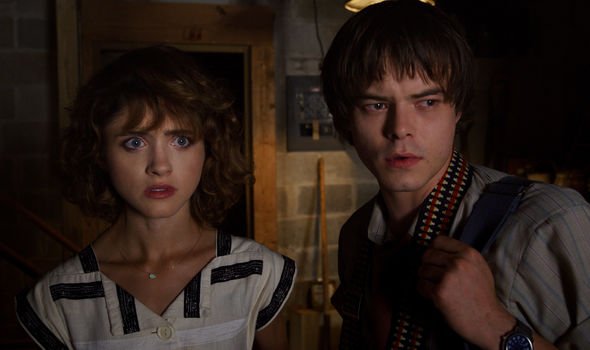 “Already feeling Nancy from @Stranger_Things becoming a major feminist queen this season, breaking more boundaries than ever before #StrangerThings3,” a third shared.

Someone else shared: “F**K THOSE MEN WORKING AT NANCY WHEELERS OFFICE #StrangerThings3.”

Fans will have to keep watching to see if Nancy makes a stand but for now, the cast are keeping quiet on the matter.

However, some secrets have already been revealed. Last night, Netflix dropped a series of teasers to get fans ready for the exciting night of the release, and it seems the cast was struggling to hold back the spoilers. 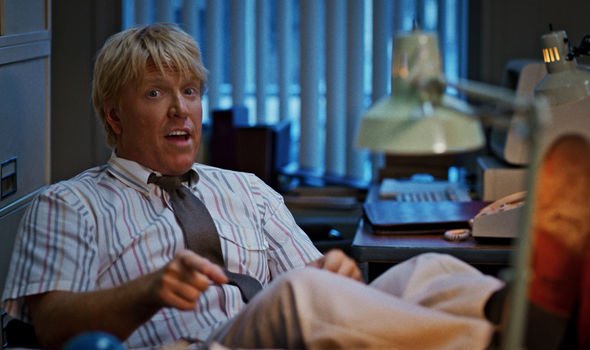 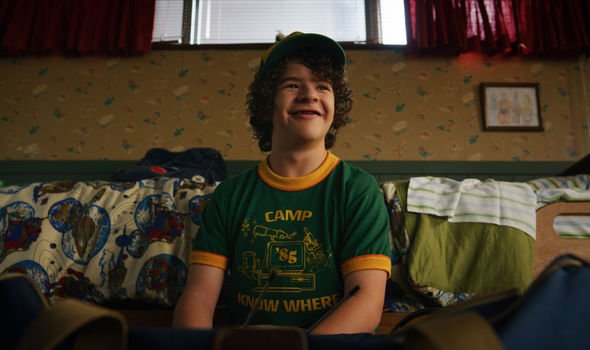 In a clip released exactly twelve hours before the longly awaited premiere, the cast were given 30 seconds to tell fans why they were excited about the new episodes.

The clip began with the actors and actresses stuttering for words as they tried to hold back the big shockers of the season, with Natalie exclaiming: “I don’t want to give too much away!”

Noah Schnapps, who plays the complicated character of Will Byers sets the scene of the latest outing.

He said: “[It’s] summer of ’85. There’s sunshine, everyone’s happy,” revealing what life is like in Hawkins a year after the last time the town came under a supernatural turmoil.

Gaten Matarazzo teased the possibility of new villains as he said: “There’s bigger villains that we already know of. There’s a whole new threat.”

Stranger Things season 3 is available to stream on Netflix now.