During her appearance on The Jonathan Ross Show on Saturday, Oti Mabuse spoke about how she has won Strictly for the second year in a row. The 2020 series saw the professional dancer take home the Glitterball trophy with dance partner and comedian Bill Bailey. The year before Oti won the dance competition with Emmerdale star Kelvin Fletcher.

Speaking to Jonathan about her two-time Strictly victory, Oti began: “We were dancing against incredible people… to win that, I didn’t see that happening, I saw us going really far.

“You literally hear both of us going, ‘No way!’ and the producers saying, ‘Don’t swear!’ [when we won].”

“She was really good and I think she was so good she was like ‘Oh that doesn’t challenge me’. She’s a mechanical engineer [now]. She designs windmills which create electricity through wind in South Africa.” 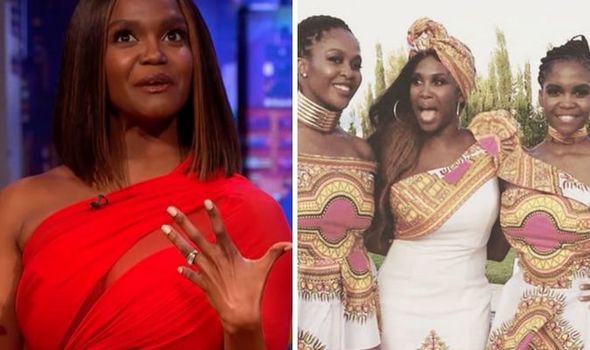 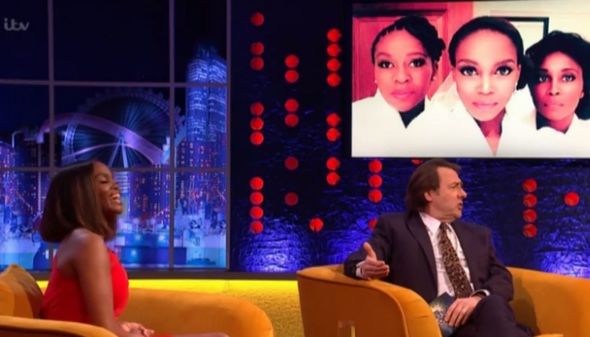 It was recently announced that Oti would be joining the judging panel on ITV talent show The Masked Dancer.

The news sparked fears among Strictly fans who were concerned she could be bowing out of the BBC contest.

The dance professional will be taking on a similar role to that of singer Rita Ora on The Masked Singer’s upcoming spin-off show, joining Jonathan Ross, Mo Gilligan and Davina McCall on the judging panel.

It comes after it was reported that Oti had also just been signed for the upcoming series of Strictly, along with Giovanni Pernice and Anton Du Beke. 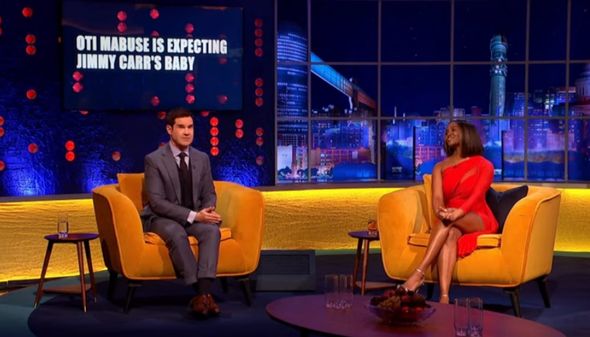 Discussing the new show, Oti added: “I’m hoping I can [guess who they are].

“It’s aired in America and has been really successful, so I watched that one.

“Actually, the more established dancers or accomplished dancers, they fake it at the beginning, they want to come across as though they’re bad but likeable and then they make it further, but I think you can see what they’re going to do.”

“I can see you’re going to take this quite seriously?” Jonathan questioned.

The dancer replied: “I will try. I’m really, really bad at game shows, but dance shows, not too bad.

“I’ll Google them from the clues.”

The other celebs that joined Oti on the programme were Daisy May Cooper, Martin and Roman Kemp and Jimmy Carr.

Jimmy spoke with Jonathan about a new BBC talent show hosted by Paddy McGuinness called, I Can See Your Voice.

The first episode, which aired tonight sees Jimmy along with the other judges, Amanda Holden and Alison Hammond, guessing which singers are good and bad.

“We get a line-up and we say who we think might be able to sing, based on nothing. It’s like working at the airport, you’re basically profiling people: ‘Those shoes with that dress? No, she can’t sing… she’s holding the mic wrong.’ We’re just looking at people and saying who can sing.”

He continued: “Then the next round they’re miming. Every time, I’ve never been more certain and more wrong.

“The reason I think the show works, in every hour there are six big moments because either they can sing and it’s entertaining, or they can’t and it is funny.”

“It was so fun. We filmed it in the second lockdown. Just to be out of the house. We were kind of thrown together – me, Alison Hammond and Amanda Holden – we had the best fun together.”

The Jonathan Ross Show is available to watch on the ITV Hub.