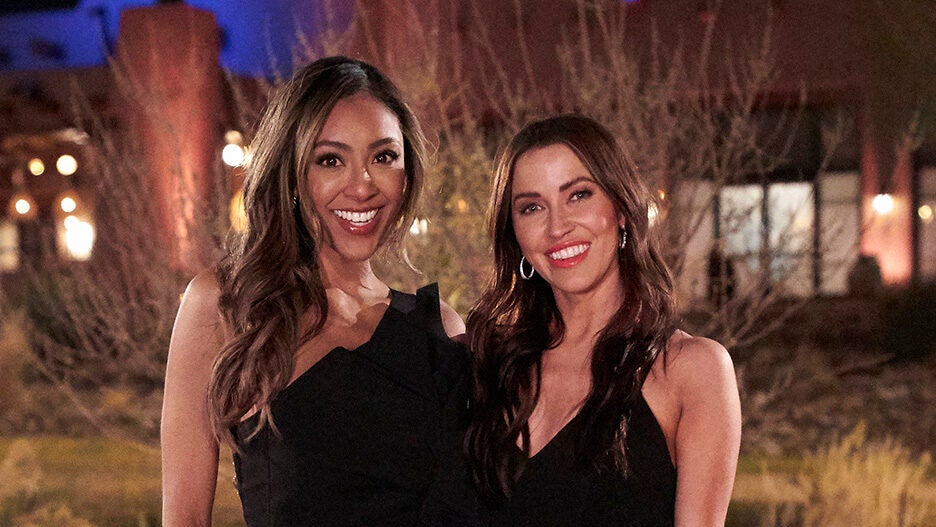 Tayshia Adams and Kaitlyn Bristowe will return as co-hosts of the upcoming 18th season of “The Bachelorette,” ABC and Warner Horizon announced Monday.

The duo was tapped to co-host the currently airing season of the ABC dating show after longtime face of the franchise Chris Harrison stepped down earlier this year. At the time, the network and studio only announced Adams and Bristowe as the hosts of Season 17, with no timetable for Harrison’s return or permanent replacement set.

During the season finale of the most recent season of “The Bachelor,” ABC announced it would air two back-to-back seasons of “The Bachelorette,” breaking the longstanding tradition of alternating between male- and female-led iterations of the franchise. Katie Thurston, whose season is currently airing on the network, will be followed by Michelle Young as the next Bachelorette in the fall.

For the network’s other “Bachelor” off-shoot, “Bachelor in Paradise” — set to premiere on Aug. 16 — ABC and Warner Horizon will enlist a rotating stable of celebrity guests as hosts, including comedian David Spade.

Harrison’s exit from the “Bachelor” world was made official back in June, with the host reportedly taking home an eight-figure payday to walk away from the franchise he had hosted since its inception. “I’ve had a truly incredible run as host of ‘The Bachelor’ franchise and now I’m excited to start a new chapter,” he said at the time. “I’m so grateful to ‘Bachelor’ Nation for all of the memories we’ve made together. While my two-decade journey is wrapping up, the friendships I’ve made will last a lifetime.”