The Apprentice viewers watched the contestants have to try and come up with a new concept for a rollercoaster this evening, as they then pitched their idea to the team at Thorpe Park. As Empower ultimately were victorious this evening with their idea, it left opposing team Unison back in the boardroom, with one last twist to come.

This evening saw the budding entrepreneurs have to work together in their teams to come up with an innovative idea for a new rollercoaster ride.

Carina Lepore led team Empower to victor this evening, as they came up with a “dream to nightmare” idea, in which the ride would go backwards. A unique pitch ultimately led them to victory.

The contestants were sent off to Dinner in the Sky as their treat, as team Unison failed to impress with their concept.

When it came to who Unison’s project manager – Scarlett Allen-Horton – would be bringing back to the boardroom, she struggled to make a decision between three of her team members. 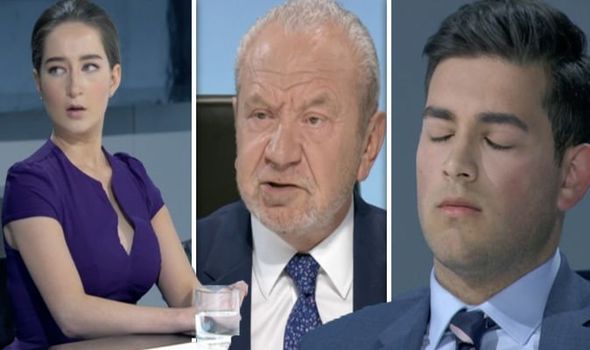 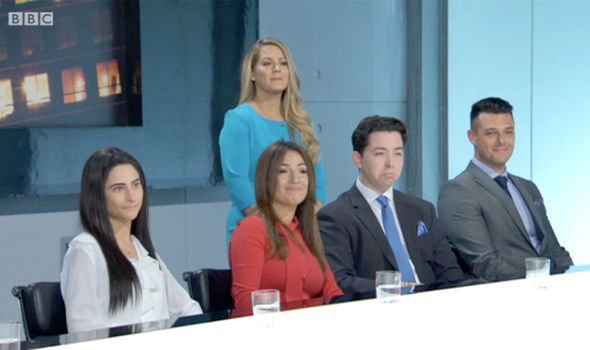 Making things “easier” for her, Lord Sugar decided to bring all three of the contestants she mentioned back in.

This meant that it was one of the rare occasions on the show in which four contestants were in line for firing, leaving many viewers to believe a double firing would take place.

Alongside Scarlett, her fellow team members Lottie Lion, Iasha Masood and Dean Ahmad were all bought back into the boardroom.

However, as Lord Sugar decided to fire Iasha, it looked as though things were not over yet, as Dean and Lottie came to blows. 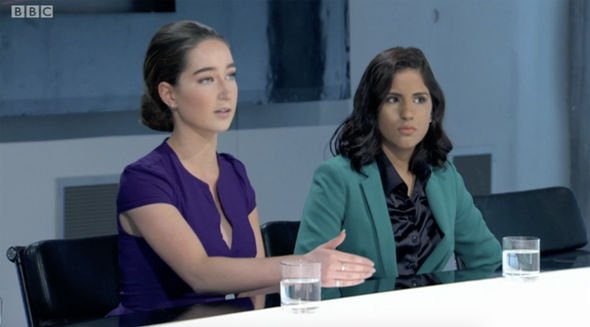 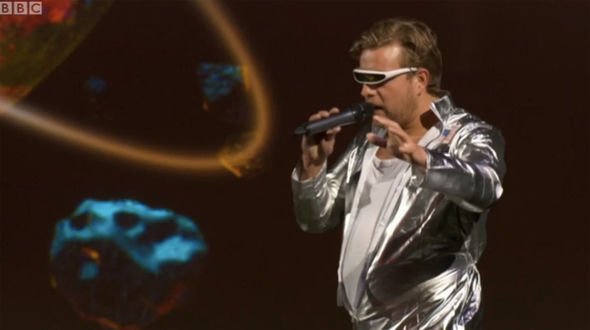 Dean told the young librarian: “Lottie you don’t get on with anyone, it’s all about people skills.”

Lottie admitted that: “My aim is not to get on with everybody, my aim is to be successful.”

As Scarlett remarked that her comment “explained a lot” it looked like it may have been a double firing in store.

In an attempt to resolve the issue, Lord Sugar shocked the pair when he decided to flip a coin to make a decision between the two young contestants.

Some viewers joked about the similarity of contestant Thomas Skinner using a coin toss in last week’s episode which ultimately led to his team making the wrong decision.

One eagle-eye fan tweeted: “Lord Sugar flipping a coin to make a decision? The tried and tested @iamtomskinner approach! #TheApprentice.”

“HAHAH I can’t believe Lord Sugar used the ‘I’m going to flip a coin’ tactic knowing Lottie lost her s*** at Tom for it the other week…incredible,” shared another.

A third posted: “Lord Sugar deciding the next PM with a flip of the coin – the exact thing Lottie called unprofessional last week #TheApprentice.”

As he asked Dean to call it, he called heads, with Lord Sugar revealing that it was indeed heads, and that this meant Dean would be next week’s project manager.

Some had also suspected it would be a method to choose who would be fired.

“Did anyone else think the coin toss was gonna be on whether who gets fired between Dean and Lottie lol #TheApprentice.

“When Sugar pulled out that coin I was anticipating a toss-up to see who was getting fired in what would have been one of the funniest/most savage TV moment ever….extremely disappointed….. #theapprentice,” shared another.

Next week, the two teams will have to create an advertising campaign to promote tourism in Finland.

As tensions continue to rise between the contestants, who will be fired next week?

The Apprentice continues next Wednesday at 9pm on BBC One.