Home » TV & Movies » 'The Bold and the Beautiful': Brooke's All-Black Outfit From a Recent Episode is a Fan-Favorite

'The Bold and the Beautiful': Brooke's All-Black Outfit From a Recent Episode is a Fan-Favorite

Brooke Logan doesn’t normally wear all-black outfits, but nonetheless, fans were absolutely thrilled to see a deviation to the darker side in the character’s outfit.

As one of the world’s longest-running soap operas since its initial inception on the air in the late 1980s, The Bold and the Beautiful has absolutely made its mark as a series garnering extremely high investment in the plot from its core fan base. 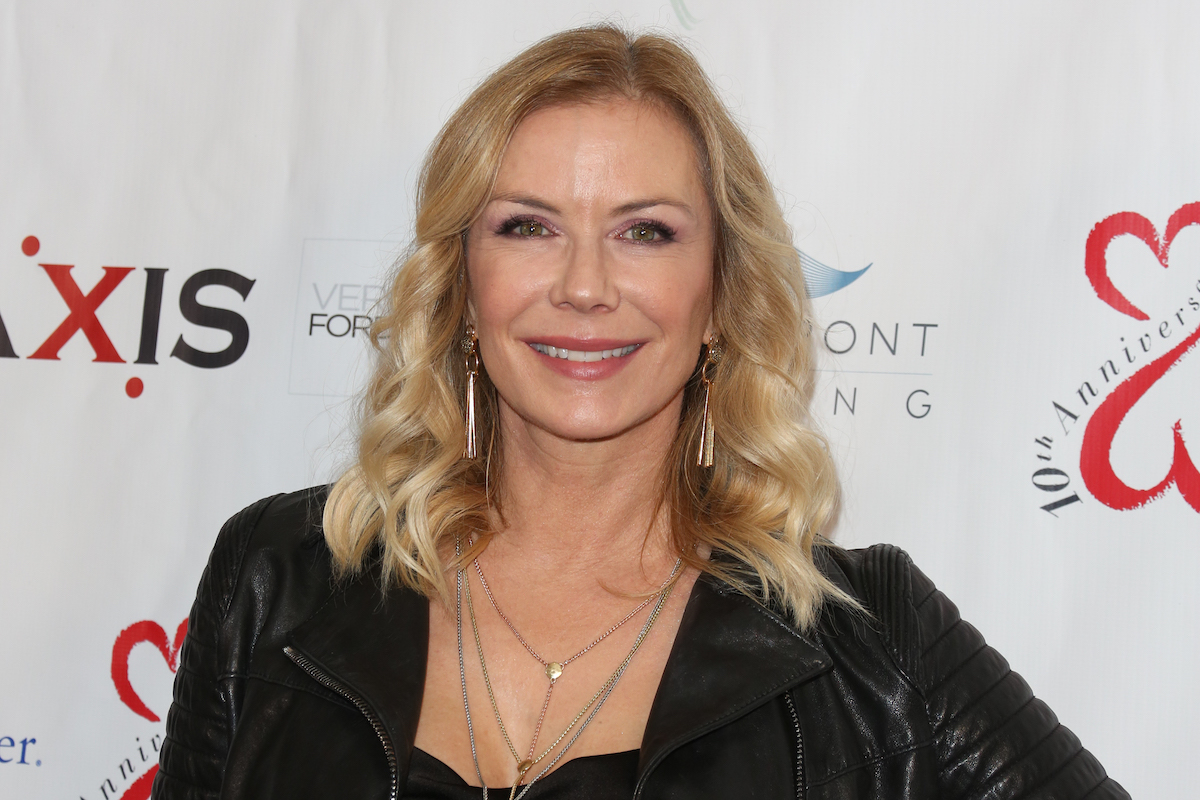 Everything from the writing of the character arcs to the individual lines they speak is an immersive element destined to come under scrutiny, and this of course includes impressions of costume designers’ work and its effects on the characters they dress.

There are a variety of other outfits Brooke has been seen in throughout the series that encompass a variety of iconic character appearances that the fandom has come to identify with the character very closely over time.

Over the years, the outfits designed for Brooke have steadily evolved throughout the seasons alongside the character’s development in the progression of the plot. One of the most famous appearances of all for the character has been the iconic red dress.

In her latest, and what some fans may debate could be the greatest appearance, however, Brooke’s fit takes a turn to something a bit different than her trademark scarlet-stricken visage.

Dressed in a black top and belt with immaculate gold detailing and intricate mock neck detail, Brooke’s black look was resoundingly well-received by fans on Twitter. Many fans finally felt satisfied that the look was on trend for someone in the fashion industry and that it fit well with Brooke’s chic and contemporary style.

Fans have felt that the styles many characters had at one point were outdated, poorly styled, and not what they’d expect to see on industry professionals.

Nevertheless, despite some choice criticisms, many fans on Twitter have expressed they’re liking a lot of the recent looks they’ve seen on the show.

Fans weren’t thrilled with the clothes until recently

In recent weeks, fans have noticed a shift in styles for many of the characters of The Bold and the Beautiful recently, and it’s not just Brooke that is getting attention.

Many fans were loving Hope’s yellow leather jacket from a recent episode, expressing they were thrilled to see her in something other than basic dresses. Quinn’s matching pantsuit was a fan-favorite and Steffy’s houndstooth jacket also had fans talking, showing it’s clear fans are loving the recent styles they’ve seen.