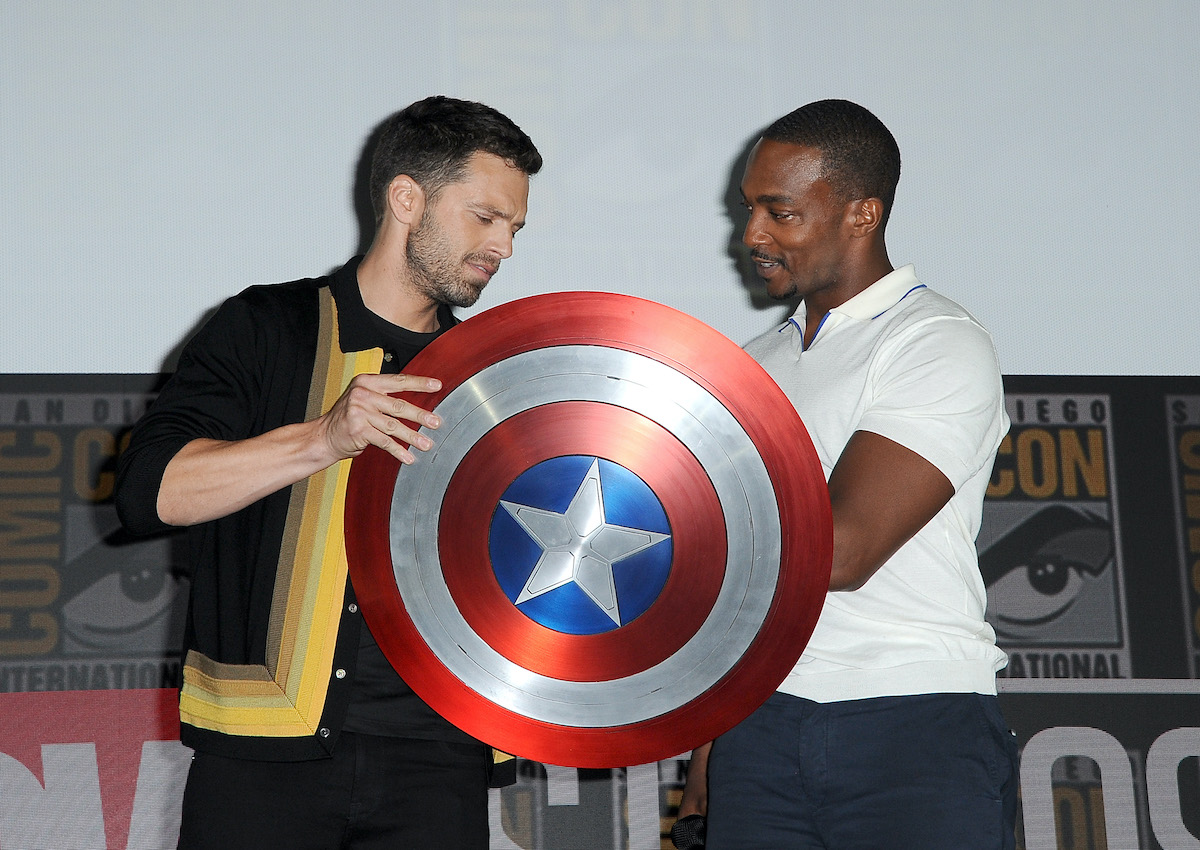 Mackie’s Sam Wilson aka Falcon first appeared in the Marvel Cinematic Universe in 2014’s Captain America: The Winter Soldier. In that film, Sam becomes the de facto best friend of Chris Evans’ Steve Rogers. The two men share a military past and later fight alongside each other for years as Avengers. In fact, with Bucky’s (Stan) wavering allegiances, Sam became Steve’s best friend.

But following the climactic events of Avengers: Infinity War and Avengers: Endgame, the MCU superhero team was left in disarray. Half the universe had been wiped away and then, five years later, suddenly reappeared. Sam was among those absent during what Marvel has dubbed “The Blip.” With no stable Avengers line-up (or Captain America even), Sam seemed destined to take up the shield.

As The Falcon and the Winter Soldier viewers are discovering, it’s a lot more complicated than that. Steve did bequeath a new shield to Sam in the closing moments of Avengers: Endgame. But he seems hesitant to pick up the mantle of Captain America. Likewise, Mackie initially didn’t want to revisit his MCU hero on The Falcon and the Winter Soldier.

In the end, the actor was convinced to return. After all, The Falcon and the Winter Soldier gives the MCU — for the first time ever — the opportunity to explore Sam’s personal struggles. Even in the first episode, fans meet his family and get a glimpse into how he feels about being the new Cap. For Mackie, being a part of the MCU mirrors Sam’s chance to wield the shield.

“For me, to be a part of the Marvel franchise and having The Falcon under my belt is kinda like winning an Oscar and there’s nothing that can compete with the opportunity, the fame and stardom, and the eyeballs that come on you with being in this Marvel franchise,” the actor told Radio.com’s V-103 in Atlanta.

Of course, Mackie appeared in such hits as 8 Mile, The Hurt Locker, and Pain & Gain before playing Falcon. But the MCU is the highest-grossing movie franchise of all time, with more than $22.5 billion worldwide according to CNBC. So while the Marvel movies are rarely Oscar favorites, cinema doesn’t get more popular. And Mackie’s career has benefited accordingly.

Is Anthony Mackie’s Falcon the new Captain America in the MCU Phase 4?

As The Falcon and the Winter Soldier plays out, the big question looming over the six-part series is whether Sam will indeed become the MCU’s new Captain America. In the comics, both he and Bucky bear the title at various points. And it does seem the Marvel Disney+ shows are setting characters up for bigger and better things. So Mackie might very well become Cap.

After all, The Falcon and the Winter Soldier is set up largely as Captain America 4. In addition to Sam and Bucky, Emily VanCamp’s Sharon Carter and Daniel Brühl’s Helmut Zemo are back. Both characters were last seen in Captain America: Civil War. As such, fans shouldn’t be surprised to see Sam embrace his inner Cap by the end of its run. But will a fourth movie follow?