Barry and Iris once radiated relationship goals as the reigning super-couple on The Flash. Alas, the lovebirds’ screen time shrank during season 6. But, according to what the stars dished, the West-Allens will reunite in season 7. 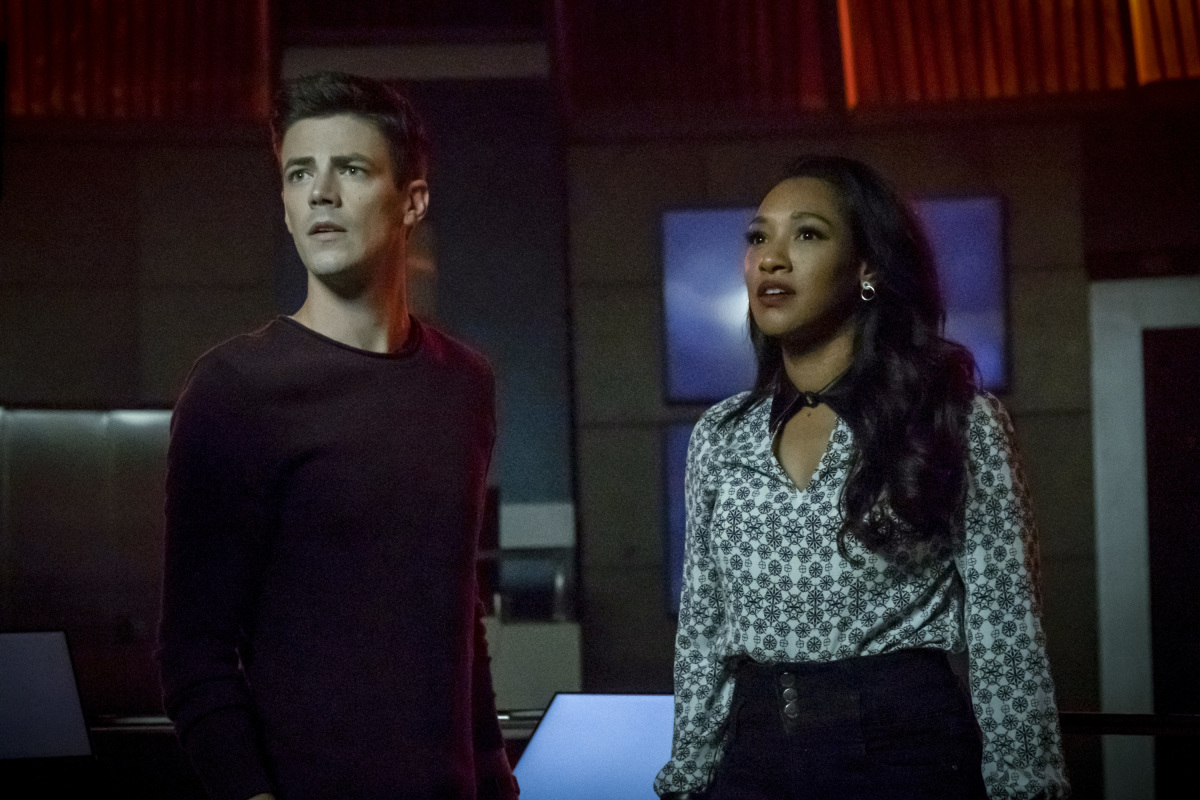 Fans flocked to the digital destination of DC FanDome, the streaming event created for DC Comics aficionados. During the virtual conference, the cast of The Flash joined a panel and answered probing questions about the forthcoming season.

The Flash regulars, Grant Gustin, Candice Patton, Danielle Panabaker, Carlos Valdes, Danielle Nicolet, Kayla, Compton, and Brandon McKnight, appeared on the panel. Showrunner Eric Wallace also joined the conversation to dish about season 7, coming to The CW in 2021. To the dismay of fans, both Jesse L. Martin and Tom Cavanagh were absent.

Prior to season 6, Barry and Iris lived an epic love story, and Gustin and Patton portrayed the relationship beautifully. During The Flash panel, Patton explained, “A lot of the romance and the chemistry between Grant and I have always been something even deeper than that. It’s the way that we look at each other and the way the characters are written.”

Despite the characters’ solid foundation as a couple, The Flash Season 6 caused fans to ponder what the future holds for Barry and Iris. In a shocking twist, Iris became trapped in the Mirrorverse during the last half of the season, leaving a big West-Allen shaped hole in the hearts of shippers.

As of the cliffhanger finale, Iris remained imprisoned in the Mirror Master’s realm with no escape plan. On the outside, Barry became increasingly desperate to save his wife, but his super-speed was fading fast due to the death of the Speed Force.

As dire as the current situation appears to be, Gustin provided a glimmer of hope during The Flash panel at DC FanDome. The actor revealed, “Iris will be getting out of the Mirrorverse shortly after we return with season 7. So, regardless of what exactly that’s going to entail, we’re going to see them together a lot more next year than we did last year.”

Gustin’s scene partner, Patton, confirmed a Barry and Iris reunion, saying, “They will find their way back to each other eventually.”

Based on what Gustin and Patton teased, Team Flash will have something to celebrate when Iris finally escapes the Mirrorverse. But Patton pondered whether or not things will fall into place as easily as one would hope.

“It will be very interesting to see how she’s been affected by being kind of stuck in this maddening world with this supervillain,” said Patton. “Obviously, Team Flash and Barry were working to get her. It took a while. I don’t know if there’s some resentment there or what’s going on, or if there’s even some residual mental effect of being in that mirror world and seeing things backward and how that affects her. I have no idea. That’s kind of up to Eric [Wallace].”