The trailer for The Handmaid’s Tale season five has just landed, and we think we speak for everyone when we say it looks like it might just be the best series yet!

MORE: The Handmaid’s Tale: everything we know about season five so far

From the looks of it, when we return to the award-winning dystopian drama on Wednesday 14 September 2022, June (Elizabeth Moss)has managed to reach safety. However, there was one major moment in the minute-long clip that caught fans’ attention and needless to say, people are freaking out. Check it out below…

Despite the fact that it appears that June has managed to reach Canada and has reunited with her husband, Luke (O-T Fagbenle) and younger child, Nichole,  it seems she still has unfinished business in Gilead.

MORE: 7 shows to watch while you wait for The Handmaid’s Tale season five 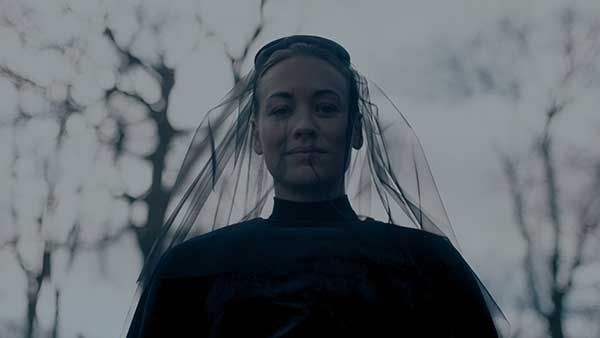 Will Serena and June confront each other in the new episodes?

And now, following his death, his wife Serena (Yvonne Strahovski) has stepped into the role of a “grieving wife” as June puts it and has become a celebrated figure thanks to her miracle pregnancy. Not able to let it rest, it appears that June returns to Gilead in order to seek revenge on Serena too.

In the final moments of the trailer, they are seen having a face-to-face confrontation which could potentially spell the end of one, or both, of them. As June says in voiceover, “You want to fight? Let’s fight.”

Taking to Reddit to discuss, one person wrote: “That last bit, June with the gun. It’s making it seem like June is confronting Serena but it could just be edited that way. Either way I’m excited for June vs Serena!”

Another said: “June vs Serena seeming like it’s gonna be the main focus of this season is so satisfying actually,” and a third added: “This is going to be wild! Can’t wait!”

So what can we expect from season five aside from a showdown between June and Serena? The official synopsis reads: “In season five, June faces consequences for killing Commander Waterford while struggling to redefine her identity and purpose.

“The widowed Serena attempts to raise her profile in Toronto as Gilead’s influence creeps into Canada. Commander Lawrence works with Aunt Lydia as he tries to reform Gilead and rise in power. June, Luke, and Moira fight Gilead from a distance as they continue their mission to save and reunite with Hannah.”