The fifth season of The Handmaid’s Tale has already seen plenty of challenges for June Osborne (played by Elisabeth Moss) and the rest of the resistance. As the Hulu drama reaches the halfway mark of June’s latest chapter, it looks like the fight against Gilead could have some devastating casualties in next week’s episode.

Fans are certain either Luke (OT Fagbenle) or Moira (Samira Wiley) could be about to make their exit in the upcoming episode of The Handmaid’s Tale.

With June making plans to cross back over to Gilead, she could even be forced to say goodbye to both her husband and her best friend in the resistance.

In the promo for episode five, entitled Fairytale, June and Luke make a plan to cross over the border.

Moira is more reluctant, and it’s unclear whether she’ll be joining the pair’s trek across the barren woods. 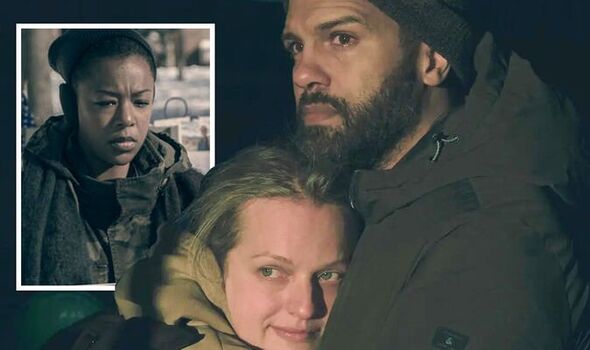 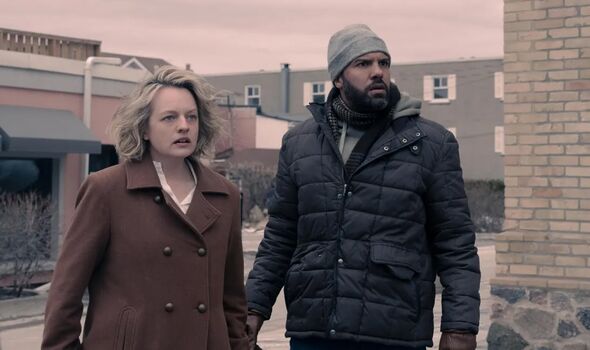 Once in No Man’s Land, June and Luke run into trouble and come across some Gilead guards who try to take them out.

Things escalate when an unknown person sets off a landmine, apparently sending a body careening through the air.

Viewers are now concerned the body belongs either to Moira or Luke, and one of June’s companions won’t be making out of this particular fight alive.

When the promo was released on YouTube, commenter Dank951 said: “Obviously Luke or Moira are going to die in that landmine explosion next week.” 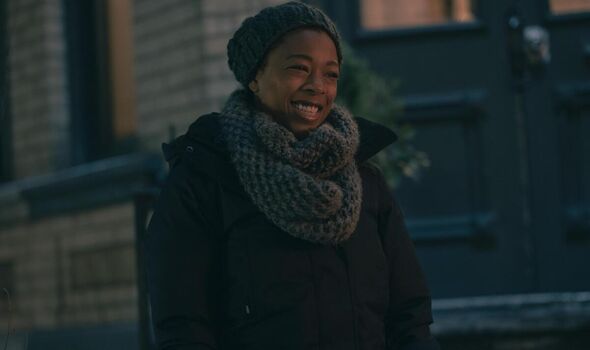 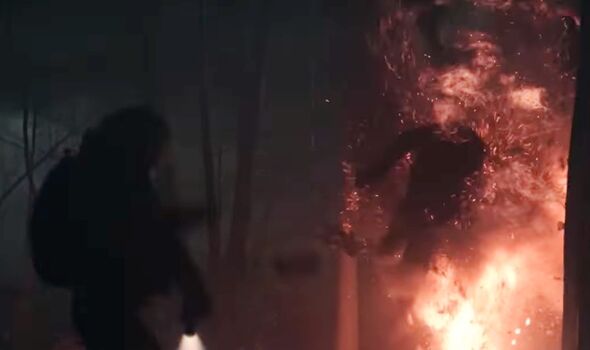 “Even though Luke is said to reunite with Hannah in The Testaments, I think the writers killed him off this season just so that June’s journey could be an individual one she takes against getting her daughter back.

“Moira on the other hand is never seen or heard of in The Handmaid’s Tale (book) after she gets sent to the colonies; she isn’t even referenced in The Testaments.

“My best bet is that Moira dies in next week’s episode… Unfortunately.”

Although Luke and their daughter are alluded to in Margaret Atwood’s sequel novel, Hulu’s adaptation of the sci-fi classic has already taken some drastic departures.

While June has gone between two love interests, Luke and Commander Nick Blaine (Max Minghella), the writers may be keen to focus on her individual journey over these final seasons.

Therefore, the series could be about to reach new levels of tragedy by killing either one or both of her strongest allies in her ongoing fight to reclaim her old life.

Jon Coombs also speculated: “Luke’s redemption arc of not going back for June and Hannah will involve him dying to save one or both of them, at least that is my guess.”

And Dank951 said: “I hate that the trailers already gave it away that Luke and Commander Putnam are going to die…at least give us suspense.”

Some fans already believe Luke’s fate is an open and shut case thanks to the concerning moment in the new trailer.

However, The Handmaid’s Tale is infamous for going in directions fans least expect, and Gilead could have their sights on Moira while everyone’s attention is on June and Luke’s escape.

Plus, there are at least three torches visible in the dark woods, so both Moira and Luke could meet a nasty fate during their escape.

Hopefully, at least one of them makes it out alive next week, but things aren’t looking good for June’s allies at this crucial midpoint of the season.

The Handmaid’s Tale season 5 continues Wednesdays on Hulu in the US. Seasons 1-4 are available to stream on All4 in the UK.