Home » TV & Movies » 'The Office': Paul Rudd Said the Show Would 'Never Be as Good' as the British Version; Why Steve Carell Played Michael Scott Anyway

'The Office': Paul Rudd Said the Show Would 'Never Be as Good' as the British Version; Why Steve Carell Played Michael Scott Anyway

One of Steve Carell’s most iconic roles is Michael Scott in The Office. Ironically, several people told Carell not to audition for the NBC series, including The Shrink Next Door actor Paul Rudd. Find out what Rudd’s advice was to Carell when he was getting ready to audition for the American version of The Office. Plus, why Carell stuck with the role despite Rudd’s advice and critics’ negative reviews.

Rudd and Carell are both successful actors. But before Carell became known for playing Michael Scott and Rudd was dubbed “Sexiest Man Alive,” the two starred in the 2004 comedy Anchorman: The Legend of Ron Burgundy.

The Office debuted in 2005, and when they were working together on Anchorman, Carell discussed auditioning for Michael Scott with Rudd. The British version of the show was a huge hit, but Rudd didn’t think Carell auditioning for the American version was a smart career move.

Carell remembers talking to Rudd about auditioning for the American version of The Office. “He goes, ‘Don’t do it,’” Carell told Kevin Malone actor Brian Baumgartner on The Office Deep Dive. “Bad, bad move, dude. It’s never going to be as good.”

Ultimately, Carell went through with the audition. He was up against Better Call Saul star Bob Odenkirk, but casting director Allison Jones opted for Carell’s take on the role. 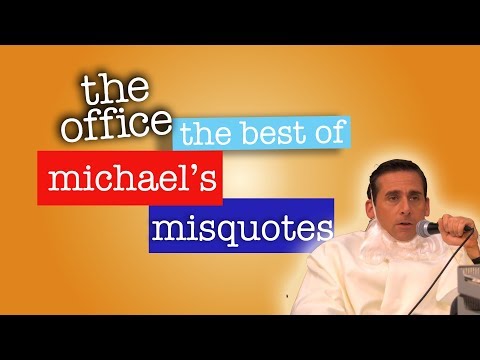 During his conversation with Baumgarnter, Carell went on to say it was “a miracle” The Office lasted the first and second season. “There wasn’t a lot of confidence in the show for a long time,” Carell said. Despite Rudd’s advice and, later, a lack of love from critics, Carell continued playing the role of Michael Scott.

Reviews for the pilot episode of The Office weren’t great. “Where Ricky Gervais let the boss’ insecurities show through, Steve Carell is all noise and stupidity,” Baumgartner read, citing one critic’s opinion. “He’s like a sketch comedy character.”

Carell said he and the rest of the cast disagreed with the early reviews. “I think we felt like we were on to something,” the Space Force actor said. “And it wasn’t the British version. It was something unto itself based on all of the components that were making it up.”

Carell credited producer Greg Daniels for choosing the right people for the show. “One of his great talents is choosing people who have chemistry professionally and personally — everybody got along,” Carell said. “We loved each other on that show.” The connection with his fellow cast and the confidence they shared knowing they were doing something “good and something of value” ignited Carell’s passion for the role.

Paul Rudd’s advice about ‘The Office’ was wrong

Rudd wasn’t the first person to tell Carell bringing The Office to America was a bad idea. But he was wrong and continues to be.