Home » TV & Movies » The One Show: ‘Do not touch!’ Angelica Bell issues WARNING to Phil Tufnell over set prop

The One Show: ‘Do not touch!’ Angelica Bell issues WARNING to Phil Tufnell over set prop

Angelica, 43, and Matt, 41, were joined on The One Show by former England cricketer and A Question of Sport panellist Phil Tufnell, 53, and comedian Adam Hills, 48.

As well as debating whether castor dogs reigned supreme as the dominant pet on the BBC magazine programme, discussion turned to the world of sport.

With the Cricket World Cup kicking off at the end of this month, Angelica and Matt couldn’t help but quiz Phil about the upcoming sporting event.

Having discussed cats and dogs in depth, Matt said: “We’re going to take a quick break from cats and dogs and talk about a summer of sport.

“We’re going to focus on cricket – Phil, you’re obviously here for this, the one day World Cup,” Matt continued, with Phil showing the trophy the cricketers were hoping to get their hands on.

“This is the trophy. This is what they’re all going to be fighting about,” Phil said before he was interrupted by Angelica who wanted him: “Do not touch!

“Do not touch,” she repeated before Phil added: “It weighs the same as four average cats I’ve just bee told,” with the studio erupting into laughter.

“The best players in the world, the best teams all on these shores,” Phil stated before Angelica explained her likeness for cricket and the inclusion of fans in celebrating the sporting event.

“What I love about cricket, what you’re trying to do is get it out to everybody because there is going to be all these fans zones up and down the country,” Angelica remarked.

Phil replied: “The tickets have just flown off the door so to speak,” explaining how fans who couldn’t get places at the tournament could still be included in the event. 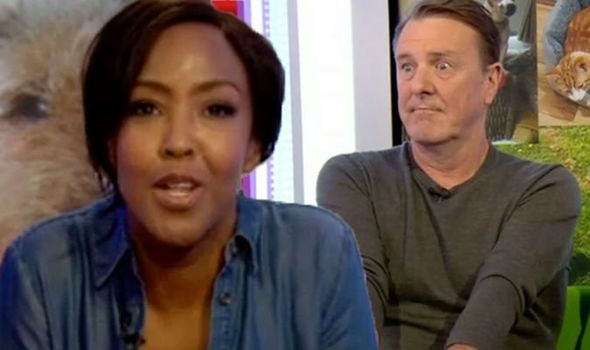 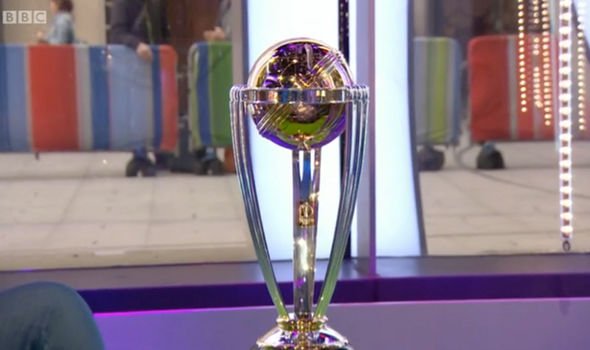 Angelica is just one of the faces who will be joining Matt in the coming weeks to fill in for Alex Jones, 41, who is taking maternity leave from the show.

Alex’s last appearance on the show aired at the end of last month and speaking of her exit, the emotional host said: “I know The One Show will be in very capable hands while I’m on maternity leave and good luck to all the guest presenters.

“I hope they have as much fun as I do on the show.

“I’ll be back on the sofa in the autumn, but in the meantime, I plan on watching from my own sofa with little Teddy and the newest addition!”

Among the presenters set to sit on the red sofa in the coming weeks includes The Voice UK host Emma Willis, 43, former The Great British Bake Off star Mel Giedroyc, 50 as well as reigning Strictly Come Dancing champion Stacey Dooley, 32. 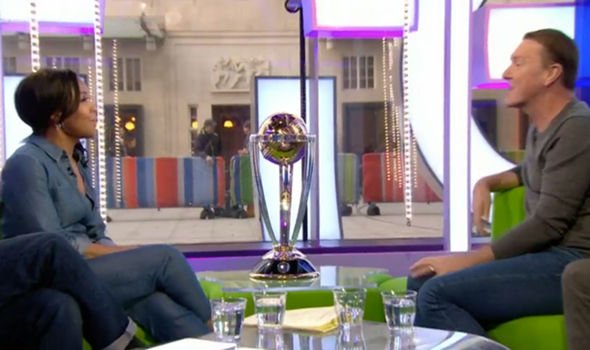 Completing the presenter shake-up schedule will be Angela Scanlon, 35, and Michelle Ackerley, 34.

Speaking of Alex’s absence on her last show, Matt told his co-host: “It’s going to be odd. No seriously, it’s going to be weird with you watching with a little viewer.”

On yesterday’s show, Matt made a sly remark Eurovision as he was joined via a live link by presenter Rylan Clark-Neal, 30, from Tel Aviv in Israel where the singing contest is being held this year.

After speaking with Rylan, Matt remarked: “We thought we should start with something a little bit more… high brow, some more high brow culture.”

Earlier in the week, Matt discussed the name of the new Royal baby and dropped a bombshell about the birth of Archie Harrison Mountbatten Windsor.