Home » TV & Movies » The One Show star rubbishes Strictly rumours live on air: ‘No one’s spoke to me!’

The One Show star rubbishes Strictly rumours live on air: ‘No one’s spoke to me!’

Angellica joined former Celebrity MasterChef star Greg Rutherford and Riyadh Khalaf to discuss their time on the BBC cooking show. However, The One Show’s Alex and Chris were more concerned with the rumours circulating that Angellica could be hitting the Strictly Come Dancing dancefloor later this year. And the presenter certainly made no secret of her current position.

Alex quizzed: “We’re gonna do some rumours. Bell, tell me now, are you doing Strictly?”

Angellica didn’t mince her words as she rubbished the rumours she’d be taking part in the BBC dance contest.

“Al, I would tell you,” she began. “You’d probably know anyway if I was because we chat all the time. 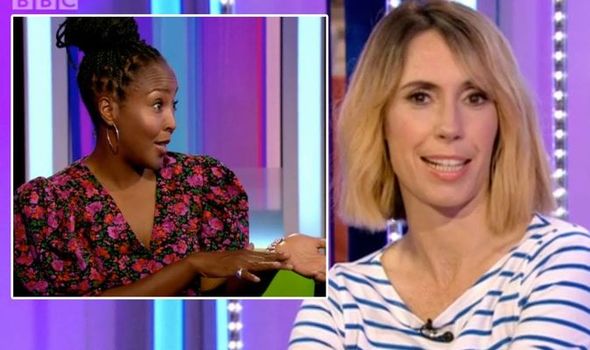 However, the TV presenter did weigh in with who she would like to be paired with should she change her mind.

“But I would like to be with Johannes [Radebe] if I did it,

“Because I want to learn how to dance in heels,” she concluded.

However, not everyone in the studio was convinced with former Strictly Come Dancing star Chris weighing in. 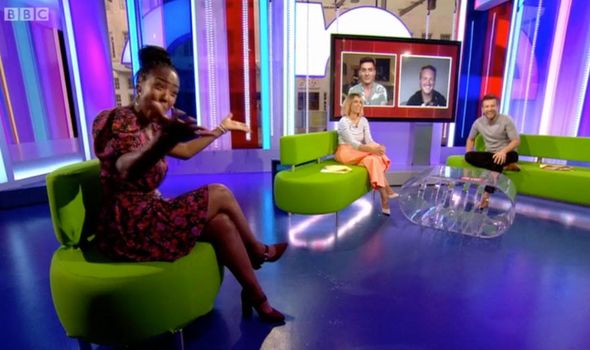 Chris – who was partnered with Karen Hauer during his stint on the show – said: “I just feel like you’ve protested too much,

“I think you’re definitely doing it,” Chris teased, prompting an astonished reaction for The Money Show with Martin Lewis star,

Turning to the crew off-camera, Angellica protested: “I’m telling you!

“Even the crew were like, ‘she’s not doing it’, because they know me. I know!”