The Pact will return to BBC One on Monday (May 31) for its penultimate episode and the mystery will be solved once and for all. The popular TV series follows a group of colleagues who are all suspects in the death of their manager. The show’s creator, Pete McTighe, admitted he was so worried about plot leaks that he created fake audition scenes.

The Pact is a gripping mystery series made up of six episodes, and the show has been airing over the course of three weeks.

The final episode airs on Tuesday and fans should finally discover what happened to Jack Evans (played by Aneurin Barnard) in the woods.

Jack and his family had dark secrets of their own, so there is more to the mystery than meets the eye.

In one episode it was revealed Jack was strangled to death and police were looking for the suspect.

Anna (Laura Fraser) and her close-knit group of friends were all considered to be potential perpetrators. 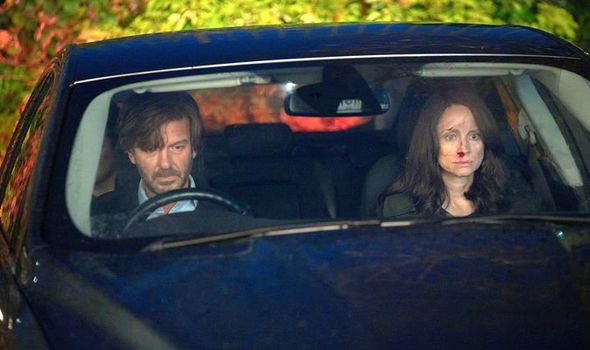 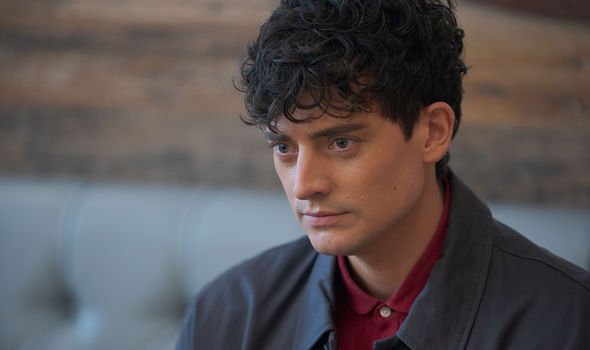 Pete McTighe, who wrote the series, said he went above and beyond to make sure no spoilers were released during production.

Speaking to Express.co.uk and other media, saying he was “super paranoid” about giving people the final two episode scripts.

In the end, he did hand the scripts over, but not without taking some extra precautions.

He said: “I was super paranoid the entire way through production about keeping the secrets of the show.

“Everyone was so good about it. In the very early stages of auditioning, for some of the other characters, I actually wrote fake audition scenes for them. 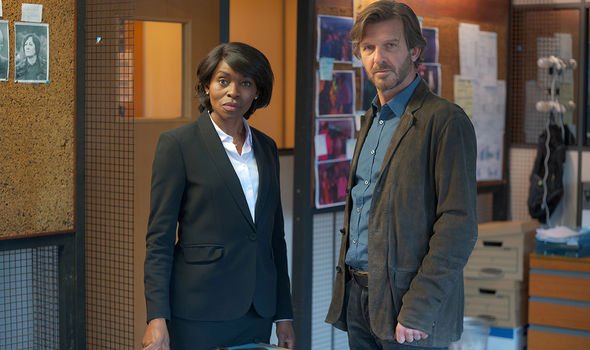 “Kind of key scenes for the show, but changed loads of details so that the actors who were reading actually had no idea what was going on.

“We tried to kind of hide the secrets in the audition scenes, so that was kind of fun, but everyone was so good about keeping the secrets.

“You just want everyone to be surprised when they watch it.”

Fraser and the rest of the cast agreed that the series included some of the most shocking cliffhangers they had ever seen.

Fans can expect more dramatic twists from the finale, as the mystery comes to an end. 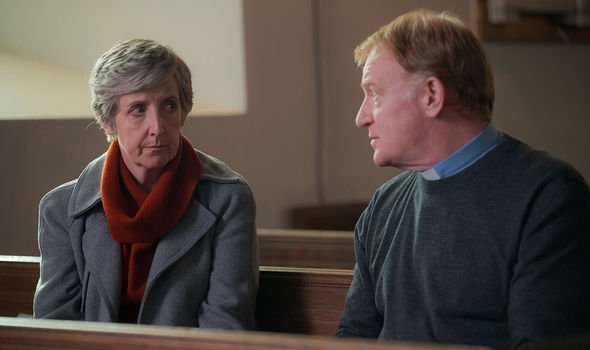 The synopsis for the next episode says: “The shocking truth about Jack Evans’s death is revealed. Will the lives of the four friends change forever?”

Anna finds herself in a difficult position as she is married to Max (Jason Hughes), the officer investigating the case.

She and her friends find they are constantly torn between doing the right thing and protecting themselves.

Jack actor Barnard opened up about playing the antagonist in the thrilling mystery series.

He said: “Jack is a very complex character, who could just be seen as a one-dimensional antagonist in the drama.

“But for me to approach playing him, I had to find the vulnerability and fragility within this young, damaged man, hidden deep beneath the pretence of a strong tough bloke with a cocky, selfish, ‘I’m bigger and better than you’ attitude.

“It was important for me to find what makes an unpleasant character like Jack tick. Asking the questions of why is he that way, or what made him this way? Does he care at all for anyone, or even himself? What makes him feel better or worse? What is he hiding?”

Fans have taken to Twitter to share their thoughts on the series so far, and it has proven to be a huge hit.

One said: “I think The Pact on BBC is one of the best tv shows I’ve watched in a long long time.”

Another said: “Oh wow. Completely binged #ThePact on BBC in two days. So tense and all the brilliant people. Llongyfarchiadau!”

The Pact airs on Monday at 9pm on BBC One.